[Update: If you’re having trouble with this cheat or can’t use the umbrella, there’s a new, easier cheat available right here]

Techland found a way to fix the weapon duplication exploit for Dying Light in patch 1.3.0. Well, gamers have discovered a new exploit for the latest exploit and there are two different ways to make good on the exploit, one for the Xbox One and PS4 version of the game and the other exploit is for PC gamers.

The first video comes courtesy of XxbrominxX, who advises gamers to head to the old town. A map of where you’re supposed to go is made available so you know exactly where you’re looking to end up and the rooftop you’re supposed to climb up to. Once you get to that rooftop then climb on top of the umbrella. You can check out the map in the image below so you’ll know exactly where to go. 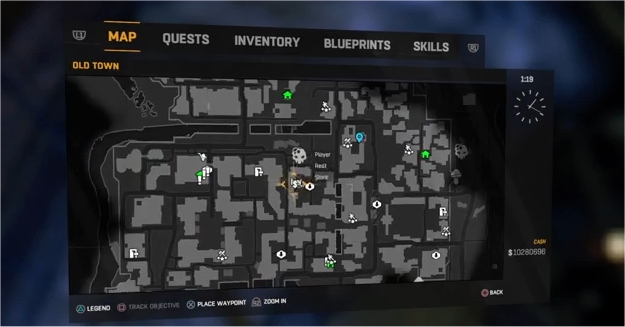 One you get on top of the umbrella, throw and duck with the weapon you want to duplicate. You should still have the weapon in your hand even while you’re throwing it. This creates more of the same weapons that you can sell and make some extra money from. Check it out in the minute long video below.

That above exploit works for the Xbox One and for the PlayStation 4 versions of Dying Light.

However, you’ll need to utilize a slightly different exploit if you’re rocking the Steam version of the game. Thankfully, Senpai Dono has come to the rescue with a recently discovered cheat to help you duplicate your weapons with ease. He offers a video that describes the location you need to go to where you can utilize the safe zone glitch to duplicate weapons in Dying Light.

The above codes should help you out if you need to make some extra dosh and deal out some damage by buying the best equipment that money can buy in the post-zombie apocalypse.

Huge thanks to reader Ted Whitten for the heads-up about the new exploits.