The latest version of the Multi Arcade Machine Emulator has been released. That’s right, you can get your hands on MAME version 0.159 right now with a free download. The 18MB download is available alongside MESS 0.159.

The news comes courtesy of the MAME website, where they rolled out some new details on what you can expect from the latest version of the arcade emulator.

Some of the new fixes address issues with Gunsmoke variations and clones. They modified some of the source code in MAME’s core to improve capability with multi-monitor support, and they’ve improved the performance of verifying ROM data.

Some new games have also been promoted from “Not Working” to “Working”, including PuzzLove, Player’s Edge Plus, Poke Champ and Super Miss World, the last of which is NSFW if you decide to Google it up while you’re supposed to be pushing pencils and benching papers. Just letting you know so you don’t get fired while twiddling the thumbs across the search engines on a few of these titles.

Some new clones have also been added to the mix, such as Ghost Squad, Side Arms, Turbo Out Run and a whole bunch of different variations of The Key of Avalon: The Wizard Master. That last game has a pretty long-winded yet badass name. You can see how The Key of Avalon looks as an arcade machine from the image below, courtesy of Radio-Weblogs. 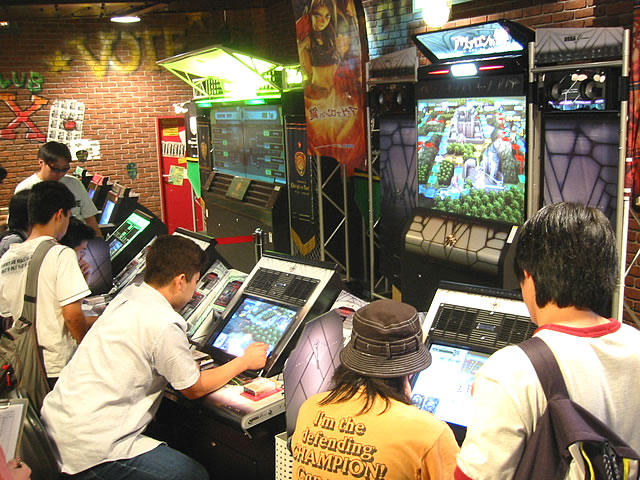 Never heard of that game before but I might look into it a bit more later on. You can also check out the opening cinematic for The Key of Avalon 2 below from YouTuber akd634.

Finally, a few games have graduated in version 0.159 to “Not Working” status, this includes Vampire Night and Super Rock and Bowl.