Bethesda and MachineGames recently released Wolfenstein: The Old Blood for PC, Xbox One and PS4. The game is well received amongst critics and gamers alike, a rare feat for many major game releases these days. For gamers out there looking for a little help on how to stealth through some segments, how to reach some areas or how to speed-run through the game, there some walkthroughs to help with that.

Rabid Retrospect Games has a near three-hour walkthrough of the first-person shooter, giving gamers a thorough look each level from start to finish, including a few tips on how to beat the boss. You can check out the full walkthrough below.

It should be noted that the animations are pretty good at times and obviously shows a step up in the quality of animations for eighth-gen console games.

One of the impressive things about it is that some of the maps are almost big enough to actually require players to look at the map. It’s impressive when a first-person shooter from a major studio actually requires the use of a map in the single-player campaign. That hasn’t been present since the days of Ghost Recon. 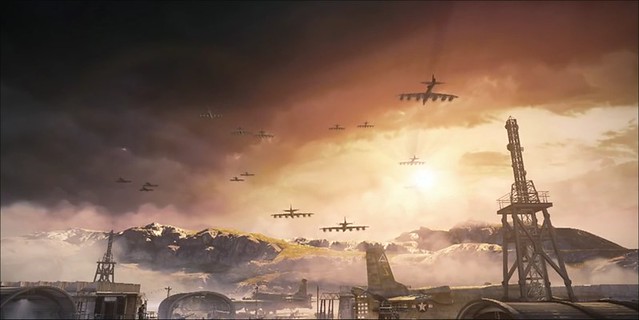 The game can be played either in stealth or all out guns-a-blazin. Stealth will definitely extend the play length of the game but it also sees players having to utilize the environment a lot and hiding from enemies at every turn in order to get the jump on them without starting a fire fight. A large portion of the game can be played in stealth and only parts of that is hinted at in the video above from Rabid Retrospect Games.

For the ending boss fight… if it seems like you’re not getting it done and the boss is just smashing the crap out of you, be sure to use the handheld rocket to shoot the boss in his mouth. That’s his weak spot. It might be smart to use the rockets first and then use the machine guns. Keep shooting the mouth up until you see his face cracking. Float like a butterfly around the ledge and then sting him like a B-52 Flying Fortress dropping bombs like a bad habit.

Wolfenstein: The Old Blood is available right now for $19.99 as a standalone game for the Xbox One, PS4 and PC. You can pick up a copy if it suits your fancy or learn more by paying a visit to the official website.