Book three of five has released for Dreamfall Chapters, the Kickstarted adventure game series. There’s a complete gameplay walkthrough with hints, tips and suggestions on what to do in some of the more difficult puzzle segments and logic conundrums that players may run into during their journeys in the Dreamfall Chapters.

The game starts off blazing with a slight fetch quest for little Saga.

For finding the drawings, one’s under the table in the kitchen; another is upstairs near the boxes. Another is in the den in the paintings, and another is located in the dining room inside the books next to the doorway. The other painting is on the chair in the dining room. Another drawing is up on the shelf in the kitchen – you’ll need help from Saga’s father to reach it. You’ll find yet another painting stuck to the door inside of Saga’s room. The other drawing is in the doll house along with the key to the music box. The final drawing is inside the music box.

YouTuber DSR07Gaming has a complete walkthrough of the game that you can check out below.

It’s interesting that Zoe now looks like Ashley Burch, you know the sister of Anthony Burch, the same guy that threw Destructoid under the bus for corruption. Many people joke about not wanting to be Anthony Burch because of a string of bad luck he encountered, from his wife leaving him to failing at bisexuality, to no longer having a job working at Gearbox Software.

Anyway, each video from DSR07 is very well done and each chapter covers the topic of within the section and what items, puzzles and quests to complete. 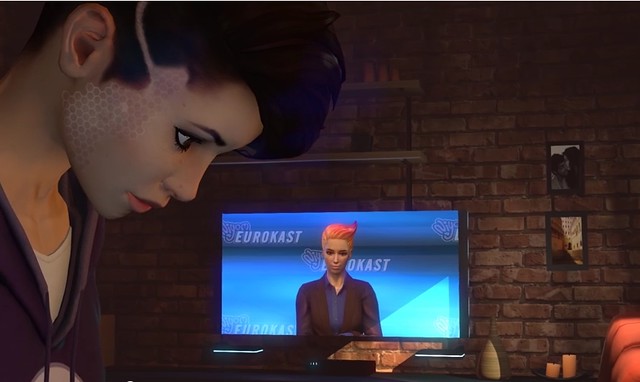 There are only eight videos in the playlist, and each one features something useful to help players along the way:
The first video covers the drawing locations.

The second video shows the location of the Azadi Mechanic, the mechanical schematics and picking up some of the tools.

The third video is about getting inside the location with the mechanic as well as finding the cheese for the rats.

The fourth video switches back to Zoe where she has to meet with Queenie again and find the fuel cell.

The fifth video is about scouring the tunnels.

The sixth video is about the robot and the storage area.

The seventh video features Zoe making a dimensional hop to a very different land, and the final video switches back over to Kian.

For those of you who already played the game and found out the big, devastating secret about Kian, feel free to head on over to the Steam forums to discuss the topic. You just might find it… enlightening.