Yes, everything gets a nude mod these days, even games that seem completely unlikely to have nude mods… like Hearthstone: Heroes of Warcraft, Blizzard’s popular trading card game. One gamer decided that the intense back-and-forth, turn-based gameplay wasn’t titillating enough and decided to spice things up by removing the clothing from characters on the cards.

Eddyboy from Undertow.Club let loose the latest update for the nude mod for Hearthstone, explaining…

“What I’ll try to change with it is basically turning every card possible into a NSFW version that still has a similar content to the original motive or otherwise fits the card name.
That means probably every female minion and most spells will be changed at some point. Basically it’s just for teh lulz.”

It goes without saying that the photos are NSFW and you can get sampling of what they’re like with the censored versions below. 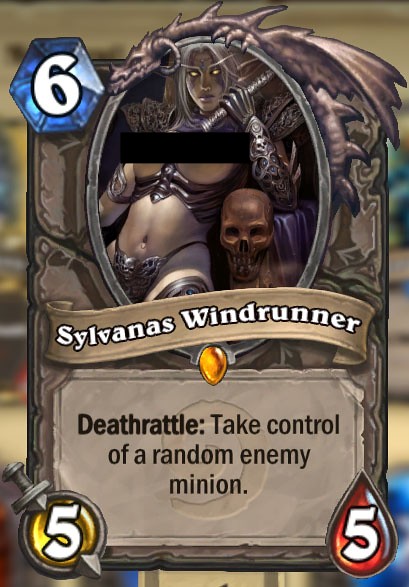 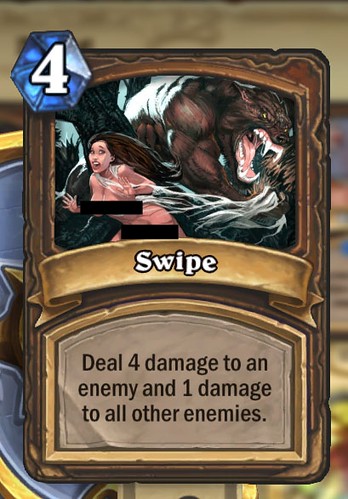 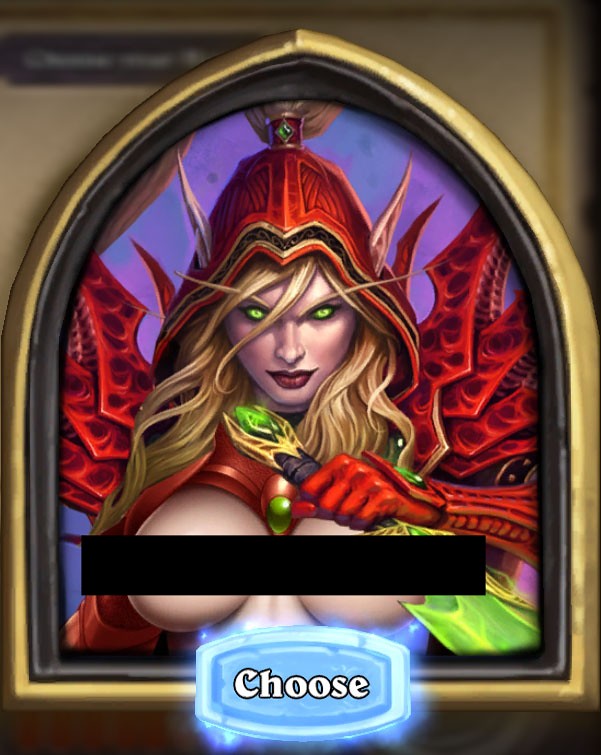 The mod is a free compilation of these works that adds a lot of sugar and spice (mostly spice) to the play arena of Hearthstone. Some users reported having some troubles running the mod, but as suggested in the installation process you’ll need to have the graphics set to medium or high. The installation process is quite easy, with EddyBoy laying out the details in a eight-step process:

You can download the Umod from the Google link.

And in case you were wondering, no other people won’t see your custom decks. The mod is designed so that only the person with the mod activated will be able to see the custom cards with the scandalous designs. Although, I’m sure some of you would probably love to be able to smack your opponent with a big ‘ole NSFW card… especially while they’re playing in front of their parents.

You can also learn more about the nude mod for Blizzard’s Hearthstone by hitting up the Undertow.Club.