Davey Wreden’s The Beginner’s Guide has taken Steam by storm. Gamers love them some indie hipster existentialism. The $7.99 title is getting massive review points for its thoughtful look at storytelling, design philosophy and psychosis.

There’s an actual walkthrough for the game available that takes players through the title from start to finish, as they play through a series of mini-games supposedly designed by someone named “Coda”. This “Coda” individual apparently made top-tier hipster titles. I mean these projects are so hip that even a pink-haired, Starbucks-sitting, latte-sipping, gender-fluid pan-dino-sexual would give you frowns and funny looks if they saw you playing it. Yeah, it’s the Übermensch of hispter games.

Anyway, YouTuber Noire Blue takes gamers through an exploratory walkthrough of The Beginner’s Guide from start to finish and you can check out the hour and a half long playthrough below.

The game is more like a walking simulator through various little titles while developer Davey Wreden narrates and walks gamers through each segment. Some of the games will see players returning to them after seemingly completing them only for Wreden to explain how they work and why.

There’s only one real puzzle in the game and it’s a door puzzle that Wreden promptly explains to players how to complete; it’s a door puzzle where a switch is flipped from the outside and after the door opens players walk in and the switch must be flipped again to close the door and open the door on the opposite side. That’s it.

What’s fascinating to me is that even though this “Coda” person and their projects probably seem fake and unreal to many people, I’ve actually played quite a few indie games exactly like the ones this “Coda” person was making. The one game that comes to mind is a golf game that was never released. It wasn’t really like any other golf game out there; it used an abstract, minimalist art-style and was very far out. 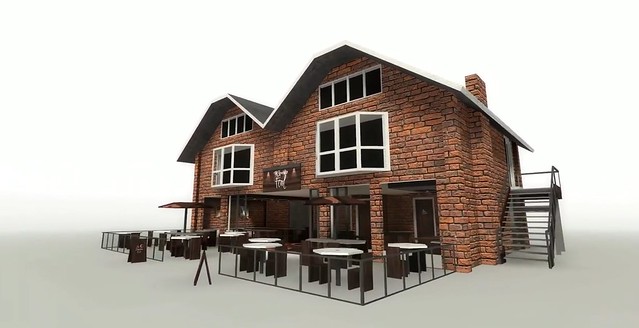 While the reviews for the game (though it’s more of an interactive walking simulator) are extremely positive, but for the negative reviews available they offer potential buyers a very deep insight into the reasons as to why you may not want to purchase The Beginner’s Guide for yourself, and it has nothing to do with it being a walking simulator. In fact, some of the most negative reviews about this game on the Steam page are more thought-provoking than the game itself (assuming we can even call it a game).

If you like walking simulators elevated to the next level of pretension and you want something mindful to think about while you play, The Beginner’s Guide brings it in spades. You can check out more of the reviews over on the Steam store or visit the official website for more information.