Review Report: DiRT Rally Is A State Of The Art Rally Game

Codemasters recently released DiRT Rally on PC after the game first entered into Early Access back in April of 2015. The full version of DiRT Rally has received a large amount of support from the PC gaming community and the general consensus is that it’s a state of the art rally racing game with some of the best visuals in gaming to date and some of the most authentic tracks featured in a rally simulator.

The game features a very intricate setup that includes six different rally races over the course of 70 stages. These stages range from the snowy peaks of a hill climb to the muddy trenches of a downhill run, and all the forested and sandy desert tracks in between.

Frank Sagnier, CEO Codemasters commented about the release of the game, stating…

“The launch on Steam Early Access has been a resounding success. We want to thank the community for their valuable feedback and support which has guided our development for the past eight months, resulting in a 92% positive user score. We are now ready to launch the final version of the game on PC,”

“Following this success on PC and a vocal demand from consumers, we are delighted to bring Dirt Rally to console players on April 5, 2016. “

DiRT Rally boasts 39 customizable rally cars with a very intricate repair and upgrade system that allows players to fine tune their vehicle from top to bottom for each stage in a race.

According to Codemasters, the game was “rebuilt” from the ground up with accurate physical simulation and dynamic car handling being the prime focus of the new title, and gamers seem to eating it up. 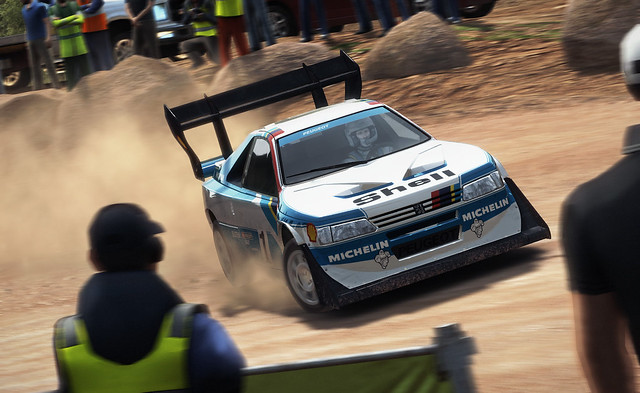 Ihcaetano felt the game was nothing but a state of the art rally simulation, writing…

“Simply amazing, state of the art about RALLY SIMULATION.”

MoeFo congratulated Codemasters on being back and basically laid it out right and clean, writing…

“Ever watched rally on telly and thought, ‘pfff, doesn’t look so hard…’?

“Buy this game. Buy a decent steering wheel. Discover a whole new level of respect for crazy men with mad talent driving ludicrously fast cars with no grip while someone yells numbers at them.”

TheEngiGuy agreed, noting that Codemasters took feedback from the core community seriously and updated the game accordingly. Going from Early Access to final release was a milestone achievement for a game that houses an effective career mode and multiplayer component, according to TheEngiGuy…

“Early Access done right like a driver getting through the sharpest turn by doing a scandinavian flick. Codemasters were good drivers, listening to the co-pilots who gave feedback during development.

“Apart from that, the most authentic rally game since Colin McRae Rally and Richard Burns Rally. It can please both casuals driving 60’s cars in Monte Carlo with assists enabled, and hardcore drivers going through Pikes Peak at high speed from start to finish.”

It’s no lie that the game has a very authentic aesthetic about it. You can see what it’s like with the video of the gameplay below from YouTuber Afterburner.

KidCasual was also in agreeance with his fellow motorheads, but warned that while the game is well optimized you’ll still need a beefy PC Master Rig to crank the game up to its true settings…

“Codemasters has succesfully brought the Dirt franchise back to the roots that many rally fans want. This game is pure rally, raw and unforgiving.

“Graphically the game is very nice and mostly optimized well. I am running an i54460 with a GTX 960. This is a modest PC but I can get 50-60 fps with most graphical options set at ultra. However, Advanced Blending should only be turned on if you have a beast of a pc. I see a significant drop in frame rate when Advanced Blending is enabled.”

KidCasual also warns that you will crash a lot at the beginning, but it’s the sort of game that rewards those who strive hard and don’t give up. This guy definitely knows his stuff given that he has nearly 170 hours on record with the game so far since its early days in Early Access.

Of course, not everyone is keen on the game’s difficulty. Some people did have problems adjusting to the steep learning curve and the time and patience sink required to get good at the game. Others had a more pressing problem in the format of a lack of content.

Cb loved the game, the difficulty, the controls and the physics, but couldn’t recommend it on the facet that the content is a bit thin…

“For what it’s worth when the game first launched into early access the community manager had said this title would not be selling DLC as part of it’s business model – which was great and a large factor in my purchase. As of November 2nd the developers have said that it is now undecided, they may or they may not sell DLC. Considering how sparse the game’s content is, it seems a little back-handed to change stance regarding add-on content now. The only reason I can’t recommend this title is due to the lack of content included.”

DOOMJESUS was in the same boat with nearly 40 hours on record, lamenting a foreseeable future of DLC, writing…

“i think everybody was expecting more tracks and cars than this, at least i was. but i doubt this has sunk in yet with most users except for people who played all the current tracks, many times over, already, like i have in just the forty hours of playing around that i did while i waited for the game to be finished.

“the next natural step for codemasters will be to start selling the rest of the cars and tracks as exorbitantly priced dlc.” 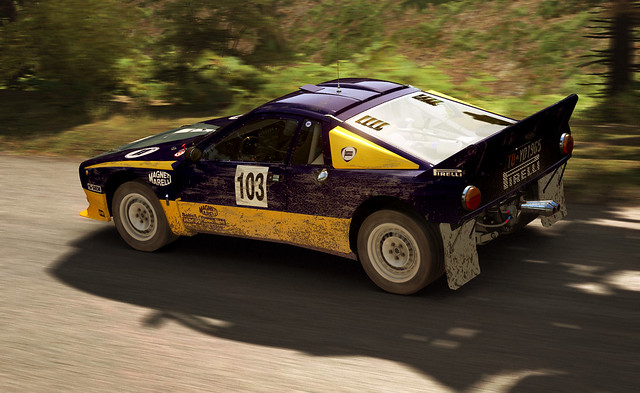 One thing that struck me as odd is that there were discussions of user-made content through the Steam Workshop, and DOOMJESUS states that he doesn’t want user made content but content made from the professionals, but also states he doesn’t think it was worth the purchase if they sell additional content as DLC. Realistically, if Codemasters sell DLC alongside opening up Steam Workshop support I don’t really see much of a problem. Not wanting Workshop content and not wanting to pay for DLC while wanting more DLC… well, yeah.

Captured Society was of an opposite mind of some of the detractors and felt the game lived up to the content it offers while also waxing poetics for AMD GPUs, writing…

“Most of all, if you are an AMD user, BUY THIS GAME. Fury X, maxed settings, 60fps everywhere. Locked.

“It’s a glorious game worth twice as much as it offers, in a day and age where half the maps are cut out for 6 DLC’s.”

Mr Deap did warn that the multiplayer mode isn’t quite as robust as some players might hope for but it’s still worth playing if you really want a detailed, visually engrossing rally simulator…

“It’s can be very good for some player & can be very bad as it make you learn & improve your driving which some hate.

“There’s only live multiplayer in rallycross which feature only 3 tracks, the rest is about online leaderboard which is closer to reality & well supported daily…”

OldPhart called it a “must buy” game for rally fans…

“Been waiting for a good Rally Game Dirt ticks all the Box’s, its improved with every update as l have played from the beginning when it was released as Dirt Rally Early Access.

“A joypad is ok but to get the best out of this game a steering wheel is a must, l use a DFGT steering wheel a few tweaks in Device set up and its spot on.

“Well done Codemasters Dirt Rally is a must buy.”

DiRT Rally is 15% off at the moment so you can get it for $42.49 instead of the regular $49.99 for the first week of being on sale. You can learn more by visiting the official website or hitting up the game’s Steam store page.