Mods are already flowing in hot and heavy for Firaxis Games’ XCOM 2, including tons of soldier mods that add a number of different soldiers to your stash.

One of the new mods made available for XCOM 2 comes from Nexus Mods user Anarchy_101, who managed to create a stable of wrestlers from the WWE and WCW. This includes Randy “Macho Man” Savage, Hollywood “Hulk” Hogan, Mick “Mankind” Foley, Steve “Sting” Borden, Dwayne “The Rock” Johnson, Dolph “The Showoff” Ziggler, Phil “CM Punk” Brooks”, and Stephen “Sheamus” Farelly, to name a few.

The wrestlers will be a part of your soldier roster and you can customize, upgrade and modify them as you see fit. Some of them almost look like their real-life counterparts while others… not so much. You can get a hold of the mod right now from over on Nexus Mods.

There are a few other noteworthy mods that have recently been made available as well, including one that increases the default size of the squad from six soldiers to eight soldiers. 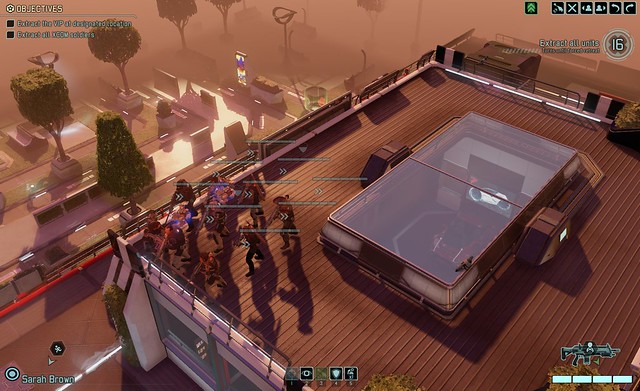 The other two extra soldiers will be located a few spaces away from where your team will touch down. As noted in the description on the Nexus Mods page by author ArscenicTouch, it’s possible to have even more than eight but they won’t always show up in the UI prior to shipping out…

“If you want more than the 6 + the 2 from upgrades, I can provide optional files. When it’s set to higher than 8 in game, you’ll have 9 soldiers with you at your spawn point, the rest of your soldiers will all appear on one square a little bit from your starting location.”

If you want the mod you can get a hold of it right now by dropping by Nexus Mods.

There’s also a catalog of mods starting pop up over on the Steam Workshop page since Firaxis has officially supported the modding scene with Workshop integration, so don’t hesitate to pop in every once in a while to see what the community has cooked up. XCOM 2 is available right now, exclusively on PC.