Bethesda has released the Automatron DLC for Fallout 4 following the update to version 1.4 on the Xbox One, PS4 and pC. The new content features a lengthy campaign mission centered around The Mechanist and his killer robots. There’s a complete gameplay walkthrough available covering the quest missions, how to build a robot workstation, and how to acquire some neat new parts for your own automatons.

The Automatron DLC isn’t very long and only clocks in at just under two hours. You can check out the complete gameplay walkthrough below courtesy of YouTuber RabidRetrospectGames.

The first mission is a call for help from a robot named Ada under attack from various wasteland enemies. After following the waypoint to the quest location, dispatch all of the reds but be sure not to kill Ada while you’re rampaging through robots and dudes in Power Armor.

You’ll find the General Atomics Factory just out the outskirts of town. There are a few ghouls to battle through before you get to the actual building.

Have Ada enter into the robot workbench to apply the radar beacon in the special mods category. 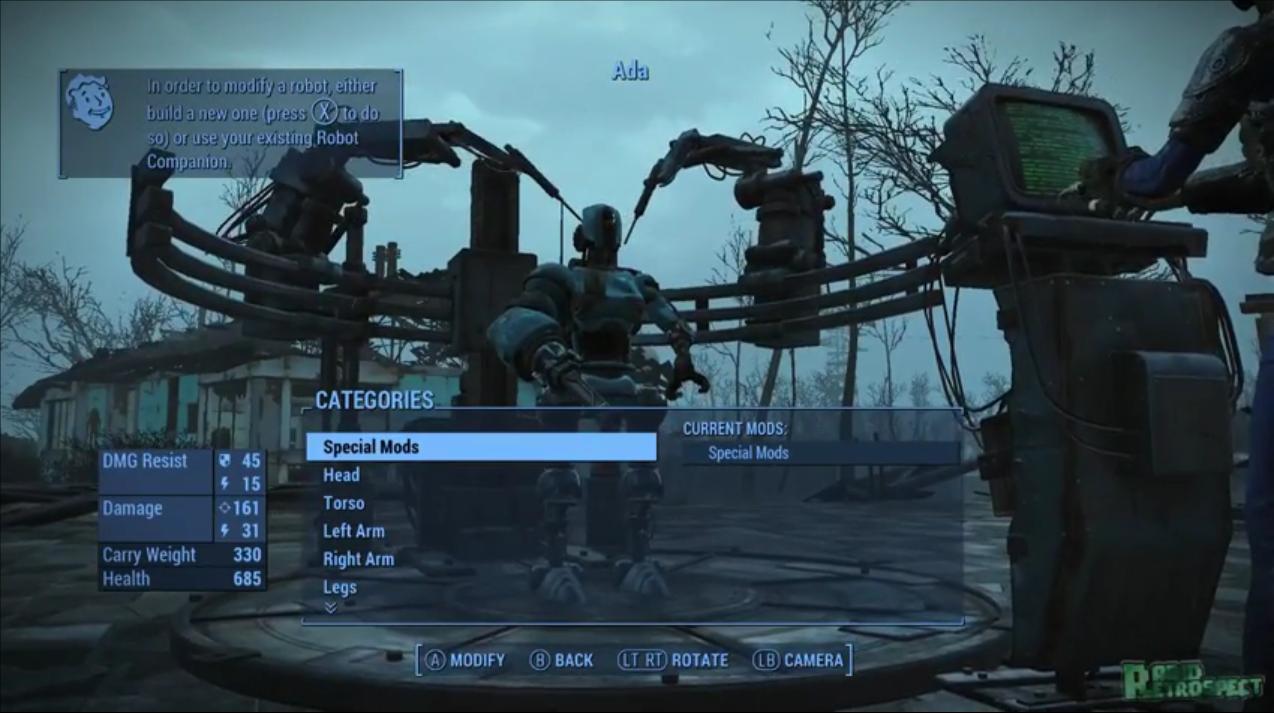 Ada sends you on another fetch quest to retrieve two additional radar beacons.

After taking out the Rust Devils you’ll need to head underneath the satellite station where there are more robots and Rust Devils guarding the area.

If you choose to help Jezebel, take her off the power station where she’s located and proceed to find her a body.

Once you get outside of the Rust Devils hideout you can give Ada the radar beacon and continue to help Jezebel, if you want.

Proceed to head to the robot workstation to make Jezebel a body.

Jezebel will explain that you need an M-SAT to access The Mechanist facility. You’ll need 1 adhesive, 2 aluminum, 3 circuitry and 2 rubber to build an M-SAT and attach it to Ada. You’ll find the M-SAT device within the robot workstation under the category of special mods.

Additionally, you’ll find The Mechanist at the Robco Sales & Service Center and can proceed there once the M-SAT is installed into Ada.

Once you get to the Robco Sales & Service Center you’ll find that there is a series of security doors you’ll need to proceed through where you’ll be able to infiltrate The Mechanist lair, which is filled with dangerous robot security guards.

There are a few alternate pathways once you get down into the lair that will allow you to sneak past the robot guards. To progress through the more secure areas you’ll need Ada to unlock the access points throughout the lair.

When you finally reach The Mechanist, you’ll have the option of engaging in conversation with him if you want, or you can just outright kill him. 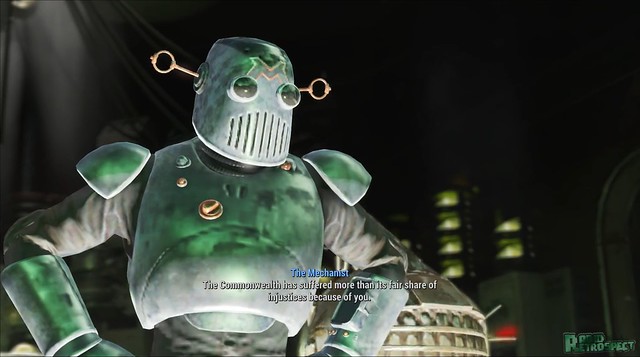 If you choose to talk to The Mechanist you can get the access to the mainframe and shutdown the protocols that make the robots into Terminators.

Once you talk to Ada and explain what happens with The Mechanist, Ada will accept that The Mechanist was a misguided, introverted vigilante.