Now that Quantum Break is up and out for the Xbox One and PC, some people have been wondering about the game’s story and ending, looking for some explanations on what really happened. Well, it’s a little bit confusing but the ending makes sense within the context of the game world and the story itself is a lot smaller than what it might seem like during the actual gameplay.

Things start with Monarch raiding a college campus where brothers Will and Jack Joyce are together with Jack’s friend Paul Serene. The trio are checking out Will’s time machine in 2016. During the raid Paul gets trapped and passes through the time machine to save himself. Paul and Jack were childhood friends, so when Paul steps into the time machine to avoid being killed, Jack tries to save him. Both of them get exposed to raw doses of Chronon, resulting in them being able to manipulate time. Paul suffers a larger exposure to it and develops an illness that decays his presence in time itself, disrupting the continuity of presence in time.

When Paul travels through the time machine he ends up at the “end of time” in the far future, not unlike the “end of time” in Chrono Trigger. It’s said to be a dangerous and hostile place where Paul and others have to fight to survive. Paul ends up getting wounded by Beth Wilder while in the End of Time but manages to escape and head back to 1999, along with Beth. Paul stayed at the End of Time for a number of years, attempting to survive and find some way to prevent the catastrophe, but he couldn’t.

Once he lands back in 1999, Paul Serene tries to kill Will but fails. Paul makes it his only mission to prepare for the End of Time by creating a series of safeguard measures. He opens up the Monarch corporation for this exact purpose, and over the years he uses it to build up resources and what’s called a Lifeboat to preserve select people from when the End of Time occurs. The Lifeboat is powered by a countermeasure created by Will Joyce called the Chronon Field Regulator.

During the raid on the library in the current time with Will and Jack, an older and time-weary Paul Serene leads the charge to take the time core for Monarch’s own time machine. They need the core and the CFR for the Lifeboat initiative. Paul seemingly kills Will during the raid and captures Jack.

Jack, however, has developed some of the time powers that Paul has, and he’s able to escape from Monarch’s clutches. Jack receives some aid from either Nick or Amy who were at the library on the night when Monarch raided the campus and stole the time core. Depending on the choices the player makes, Nick or Amy will accompany Jack throughout some of his journeys. 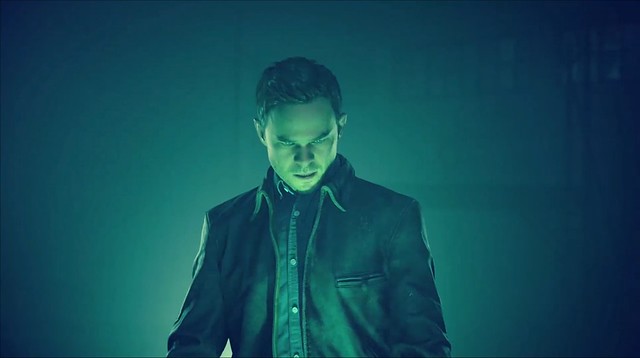 Jack finds out about Will’s time machine in an abandoned swimming facility after finding a key to the facility in Will’s case. Beth is a mole inside Monarch who helps and accompanies Jack to the swimming pool to use the time machine to go back and fix the fracture to prevent the End of Time from happening, but they can’t get the time machine to work. In order to fix the machine they need help from Monarch’s Sofia Amaral, who happens to be Paul Serene’s love interest and the one who gives him the treatment to fix his time illness.

In order to get Sofia they kidnap her from a party held on a Monarch island; in order to get to the island Jack allows himself to get captured. Depending on the choices players make, it’s revealed that Paul’s right hand man, Martin Hatch, has been plotting against him the entire time and frees Jack so that Jack can stop Paul.

After getting free, Jack and Beth manage to capture Sofia and bring her to the swimming pool to fix the time machine – Jack and Beth plan on going back in time to get the countermeasure to fix the fracture and stop Paul Serene. However, Sofia makes some changes to the time machine calculations and sends Beth to the End of Time. While struggling to survive in the End of Time, Beth encounters a young Paul Serene and manages to wound him; both Paul and Beth travel back to 1999, where Beth hands her younger self a notebook of everything to come and to prepare.

During her fight to survive in the End of Time, Beth loses the will to fight after making it to 1999. Jack heads back to 2010 to get the countermeasure but fails to do so. Paul Serene, after having established Monarch, gets into a fight with Jack and Beth. Beth gets shot and Jack gets teleported back to 2016 after the CFR goes off and creates the original fracture in time in 1999. Paul kills Beth and takes the countermeasure, using it for the Lifeboat protocol.

After being catapulted back to 2016, Jack decides to take the CFR countermeasure device from Monarch once and for all to fix time. He heads to their main building where Monarch has initiated the Lifeboat protocol because Paul and Sofia believe that the End of Time is near. Jack gets a little bit of help from a security engineer named Charlie, but Charlie dies by getting shot by Martin Hatch while trying to help Jack.

In one of the choices, after Martin Hatch kills Charlie one of Monarch’s elite soldiers who was framed for betraying the company, Liam Burke, gets into a fight with Hatch and manages to seemingly kill him. However, Hatch does not die.

Within this choice, Burke is convinced by Paul Serene to fight Jack and buy Paul and the rest of Monarch time to get the Lifeboat protocol fully operational. Paul promises to protect Liam’s pregnant wife Emily, and brings her to the Lifeboat. 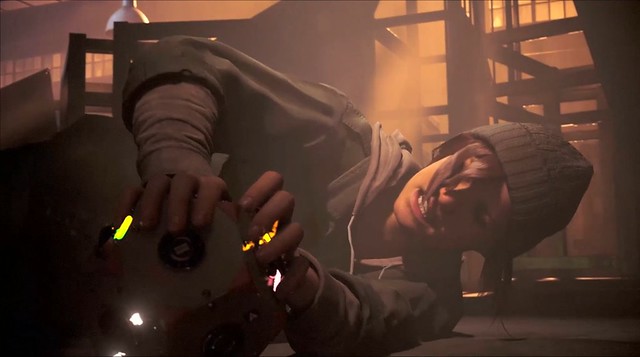 By the time Jack gets to the CFR at the top of the building, Liam is nearly dead after having suffered a gunshot wound from earlier. Nevertheless, Liam fights on to keep Jack from getting his hands on the CFR. Liam is easily defeated and Jack takes the CFR and travels through the time machine back to the library where Monarch first attacked the university to steal the time core.

Jack manages to save Will from being crushed by the falling debris and the two travel to the secret swimming pool facility to travel a few days into the future where Jack originally came from. Paul Serene has men waiting for the two brothers, and when they arrive a firefight ensues. Paul and his men are defeated and Will and Jack manage to seemingly fix the time fracture using the CFR countermeasure.

However, during this process Jack seems to become infected in the same way that Paul did originally. Jack ends up going to Monarch to talk about getting help with his problem. It turns out that Martin Hatch did not die and is willing to work with Jack to both help restore Monarch’s image and potentially cure Jack of his time illness. The game ends with Jack being presented with the two, defining moral choices that Paul Serene usually received throughout the game’s story.