A Vault-Tec logo sits below a giant rusted gear lodged firmly on the side of a rusted yellow panel with chipped paint and a grated front end with a lightning symbol on the front. That’s the general description for the outward appearance of the custom built gaming rig based on Bethesda’s Fallout 4, appropriately named the Radiation King.

The custom built PC is featured on the Corsair website because it’s using a lot of Corsair parts. The builder showcase highlights the post-apocalyptic motif that’s ripe with rusted metal parts and degraded steel plates with faded rivets patterned across from top to bottom. The case and design is impressive looking despite the uncomely theme of rusted metal permeating the build. You can check out some images below. 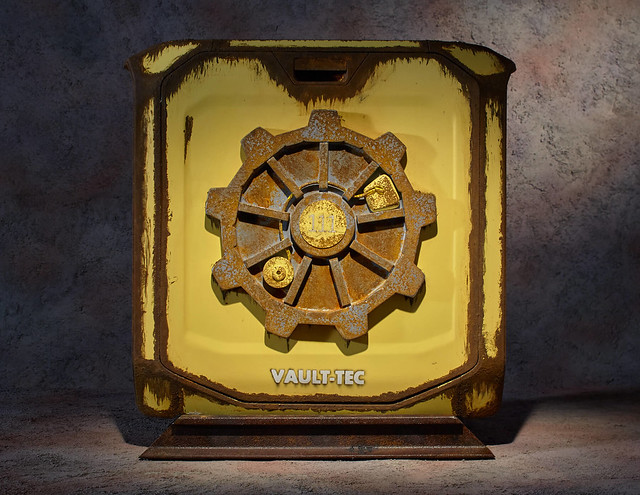 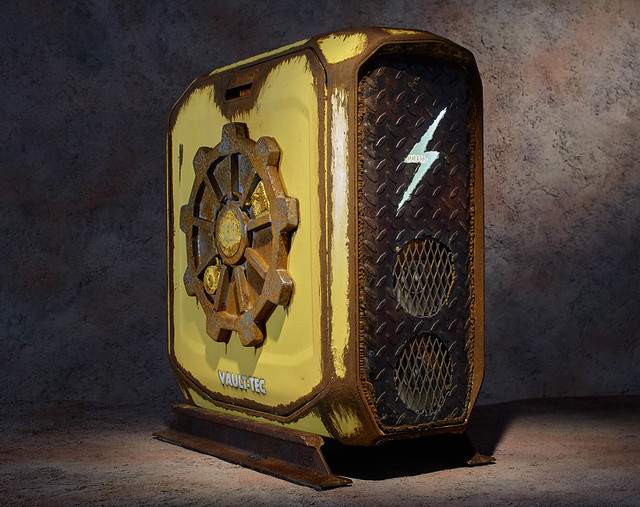 The modded gaming rig was put together by BS Mods, which consists of three individuals from out of Union, Washington, a certain Bob Steward, Bran Carter and Rod Rosenberg.

The Radiation King isn’t just for looks, though. The Corsair parts inside and that GeForce GTX is posted by a Corsair Hydro Series H1001 GTX liquid CPU cooler and a platinum certified 850 watt HXI Series power supply unit. The patented Corsair Vengeance RAM helps give the unit some speed and tick when it comes to application access and memory management, with 15GB of DDR3 DRAM running at a very, very impressive 2.1ghz.

This bad boy is a lean, big, mean gaming machine and it has the visual theme to match. It took the BS Mods team more than 30 days to build this custom unit and they invested more than 320 hours into getting this thing done.

You can check out more details on the Radiation King from BS Mods by visiting the official Corsair website. If you’re interested in building a unit with similar specs, you can also pick up all of the parts from Corsair or from participating e-tailers or retailers.