Star Ocean: Integrity and Faithlessness is due out for the PS4 in late June, but before the game launches the developers at Square wanted to give gamers a look at some of the gameplay with a 20 minute gameplay video. They cover a lot of the gameplay content in the game, along with the story.

One of the things they reveal in the video is that the game sports a variety of different ways to interact with the game world, including a large variety of emotes to use. Not only do you get emotes but you can also level them up by unlocking the “Emoter” skill. So how do you access the emotes? You can use the right digital pad to access the emote menu and press the ‘X’ button to have the character perform the selected emote. You can scroll through the emotes using the up and down digital buttons.

You can see the gameplay in action with the 20 minute video below, which was posted up on the PlayStation channel.

They mention that you don’t have to have any precursor knowledge of the Star Ocean lore to get caught up on what’s going on in Star Ocean: Integrity and Faithlessness. In fact, it’s probably why they’re intent on using the subtitle instead of a numerical value to identify the game within the community to help separate it from any kind of reliance on previous entries in the Star Ocean franchise.

The battle roles are also briefly discussed, giving gamers a look at how they can assign the AI to carry out specific task during battle, ranging from staying back and using long-range attacks, to aiding the player by bull-rushing enemies during melee strikes. There are a lot of options and micromanagement features available for players to level-up in order to make the team more efficient. This also includes assigning characters to tanks and healers or DPS and crowd-control, with more than 100 different roles that can be unlocked and leveled up in Star Ocean: Integrity and Faithlessness. 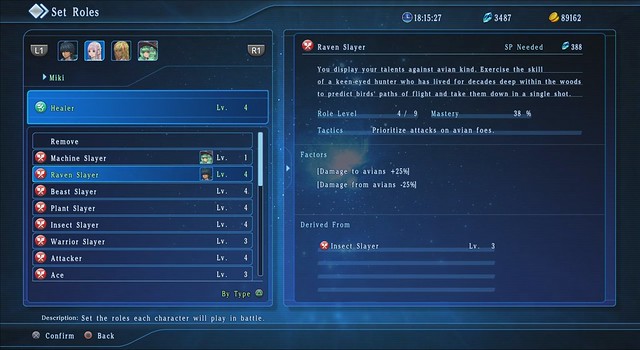 They also discuss being able to interrupt enemy attacks with counters, and using special attacks with the left and right triggers. There’s a surprising amount of depth to the combat system so that players have a variety of attacks to dispense on enemies.

The game also does not switch from the exploration mode when engaging in battle. In previous Star Ocean games it was common to switch to a separate battle screen, but in this game it all takes place on the same map.

You can look to grab Star Ocean: Integrity and Faithlessness on June 28th for the PS4.