Finding out whether or not a game is worth playing, buying or trying on Steam has become a little bit easier. Valve has revamped the service’s user review section so that gamers have a better gauge on how well a game is reviewed, what the most helpful user reviews are and recent reviews versus older ones when the game first came out.

Over on the Steam website there’s a news update from Valve, where they explain…

“The customer review section on a game’s store page has a new “Summary” tab that focuses on recent helpful reviews and recently posted reviews. You can still find overall most help reviews by selecting “Most Helpful” tab.

“There’s a new checkbox when writing a review to more easily disclose if you received the copy of the game for free.”

Oh what’s that? Valve appears to have made steps to give reviewers an easier option for disclosure when it comes to review copies. It’s almost as if they value… ethics in video game journalism.

Additionally, one of the really big changes that I’m glad they implemented is the ability to see reviews in all languages. Previously, the reviews were restricted by a region’s lingual standard, which was complete and utter BS given that sometimes people from different regions may speak multiple languages. Well, now you can view those languages thanks to a new pulldown menu that will allow you to view reviews in other languages – whether they’re positive or negative. Previously any review in a different language was hidden.

You can see in the image below how the layout of user reviews have also been altered to be more informative and to help give gamers a better gauge of who is writing what, when and for how long they’ve been playing. 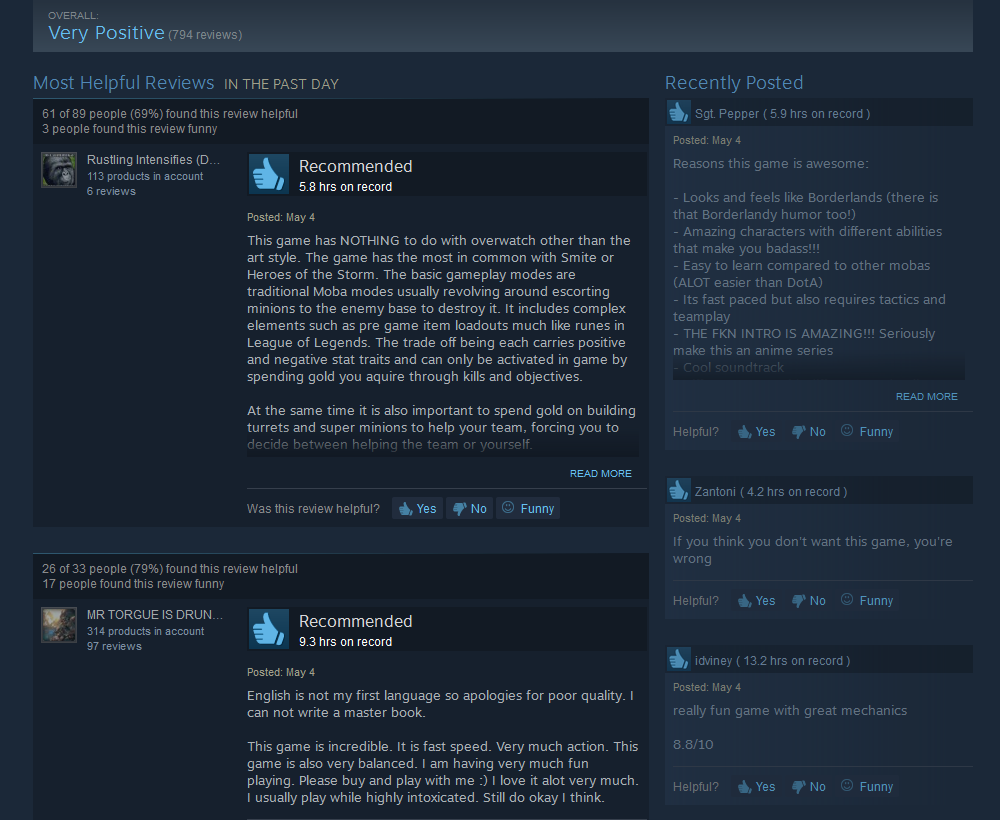 It’s going to be hard for scam games to try to get away with scams these days. Too much pro-consumerism running rampant in the user review section these days, and it appears Valve is giving them a helping hand by better organizing the reviews so that troll posts, joke posts and “10/10 would Half-Life 3 with Gaben again” posts are a little less prominent.

This should also help gamers determine whether or not a game has improved over a course of time. A lot of Early Access titles may start off rougher around the edges than Mickey Rourke’s plastic surgery botches, but over time they get smoothed out like Nicole Kidman’s face with a fresh batch of botox.

The catalog of reviews showing the more recent user feedback will help gamers have a better idea of whether or not a game has improved and give a better gauge of if a title is worth purchasing. There’s absolutely no complaints here about Valve’s new user review implementation, and hopefully it works out well enough that it’ll make a difference where it counts.

And kudos to Valve for implementing the change without having to get sued to do so.