The Witcher 3’s upcoming Blood & Wine DLC has had its release date leaked thanks to someone on CD Projekt Red’s side accidentally exposing the release date on the Steam store page for The Witcher 3.

Irrefutable amounts of evidence have surfaced indicating that May 30th is the release date for The Witcher 3: Blood & Wine. WCCF Tech took a screen grab of the store page before it was quickly edited and the release date removed. You can check out the screen grab below. 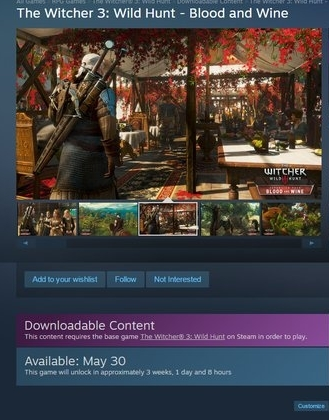 To verify if this actually occurred and if the May 30th date was legit, I took a quick trip to SteamDB, which catalogs changelogs to entries within the Steam database. Essentially, if a developer so much as farts a change in code for a game, it’ll show up on the SteamDB site.

Sure enough, there’s a few entries on the >SteamDB page showcasing that The Witcher 3: Blood & Wine is due to drop on May 30th after the May 30th release date was literally one of the entries removed from the Steam store page, along with details on the DLC being a single-player RPG. 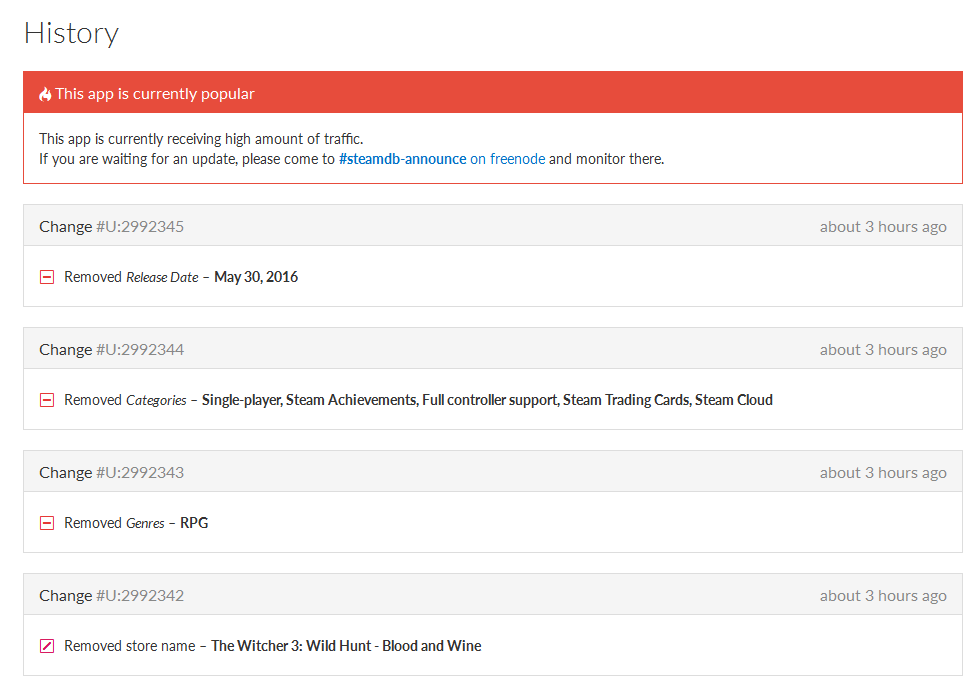 The entries are now completely gone from the Steam store. If you check CD Projekt Red’s Steam listings, you’ll see the DLC they have available for The Witcher 3, along with the game itself, but Blood & Wine entry is completely gone.

Someone at CD Projekt Red accidentally hit the “publish” button and managed to create some hype for the upcoming DLC.

At least now we know that the new expansion is arriving just ahead of E3 on May 30th, unless of course CD Projekt decides to delay it now that the word is out.

The upcoming DLC will feature a new area to explore, new quests to take on, new monsters to fight and new chicks to shag. Expect an official announcement for the Blood & Wine release date sometime this week.