It’s like the 1950s all over again. Pelvic thrusts and hip motions? Those are a no-no in the West. As silly as that may sound, Nintendo had the developers remove the female pelvic bones from one of the main characters in the Western version of Tokyo Mirage Sessions #FE.

Twitter user Sebban [via Kotaku in Action] caught the change when comparing the Japanese and Western music videos together, and in addition to covering up the cleavage of the character they removed the pelvic bones so that there’s no longer any dynamic self-shadowing indicating the indentation of her pelvic region. You can see the image below for a comparison. 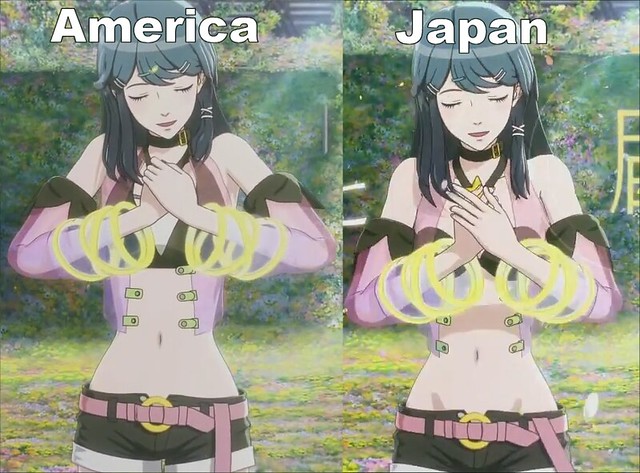 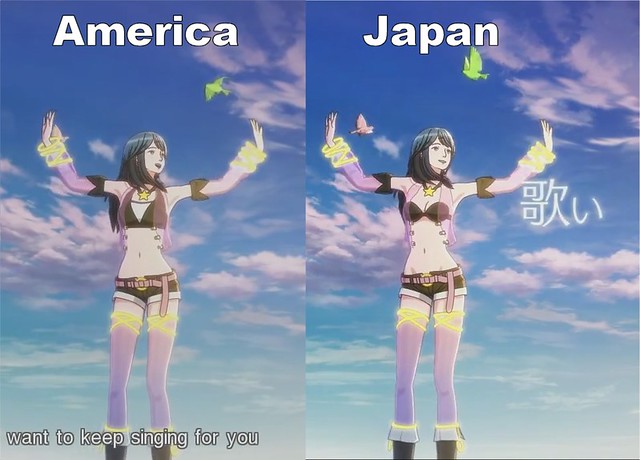 Now it’s easy to assume that they simply removed the self-shadowing from the character, but that’s not really the case since you can see that there’s still an outline of the shadow from her underarm, neck, knees and the shadows on her thighs from the shorts in the Western version of the game.

You’ll also notice that her cleavage has been completely covered up to ensure that young American girls are protected from seeing a young female who happens to be body positive. I’m sure in the eyes of Nintendo and Social Justice Warriors, this also prevents American men from turning into Nintendo-bred rapists.

You can check out the two comparison videos below to see that the change is legitimate and real, and this is how the game will be impacted as Tokyo Mirage Sessions #FE makes the leap from Japan to the West. The Japanese version is up top, courtesy of khsomag, and the bottom is from the Western version, courtesy of Nintendo Life.

The YouTube gaming outlet that specifically covers censorship called Censored Gaming, did a video on the discovery, revealing just how much American and U.K., gamers need to be protected from female cleavage and pelvic details.

This is yet another long line of games getting hit with censorship out of fear that the Western media will attack developers for not being pro-feminist. Koei Tecmo’s community manager let it slip last year that the reason that Dead or Alive Xtreme 3 wasn’t coming to the West was because of the issue of female depictions in media in the West. Shuhei Yoshida from Sony and Idea Factory International also admitted that the obsession with the Western media’s obsession with aggressive feminism has led them to be a lot more cautious about how they bring games over from Japan to America and the U.K.

Interestingly enough, Nintendo Life recently reported that it’s more than just covering up the female form that’s affecting the Western release of Tokyo Mirage Sessions. The hot springs DLC featuring the bikini clad characters has been altered so that the females are fully clothed, and they bumped up the ages from 17 to 18. We had also previously reported that Nintendo tried to shift the blame from Treehouse to Atlus, since they’re handling the localization of Tokyo Mirage Sessions #FE for English speaking audiences.

The Wii U title is due for release on June 24th in North America.