The BBC recently ran a piece about the gaming industry and VR tech during a report on this year’s E3. They felt as if video games need to teach people more about social justice issues and that female protagonists in games need to be de-sexualized even more than what they are.

Twitter user atak_jak directed us toward the BBC piece, which is only available for viewing by residents of the U.K. However, some of the relevant quotes were transcribed from the piece that gives gamers an idea of what it was talking about.

“What if every thirty minutes of playing, you had to do a thirty minute public service announcement advertisement where you become a woman and you have to experience sexual harassment as a woman. Or you become a minority and you experience some violence that is epitomized by some of the things we’re seeing today.

“In other words, let’s let the games be the games but — the game makers who have such power, because this medium is so persuasive, it’s one of the most persuasive medium among our youth — can we also put in some pro-social messages as they’re spending all this time playing these games?”

Bailenson isn’t alone in the use of games as a means of indoctrinating gamers with empathy. There’s a slide that’s been floating around about a “Huge Potential for Empathy”. 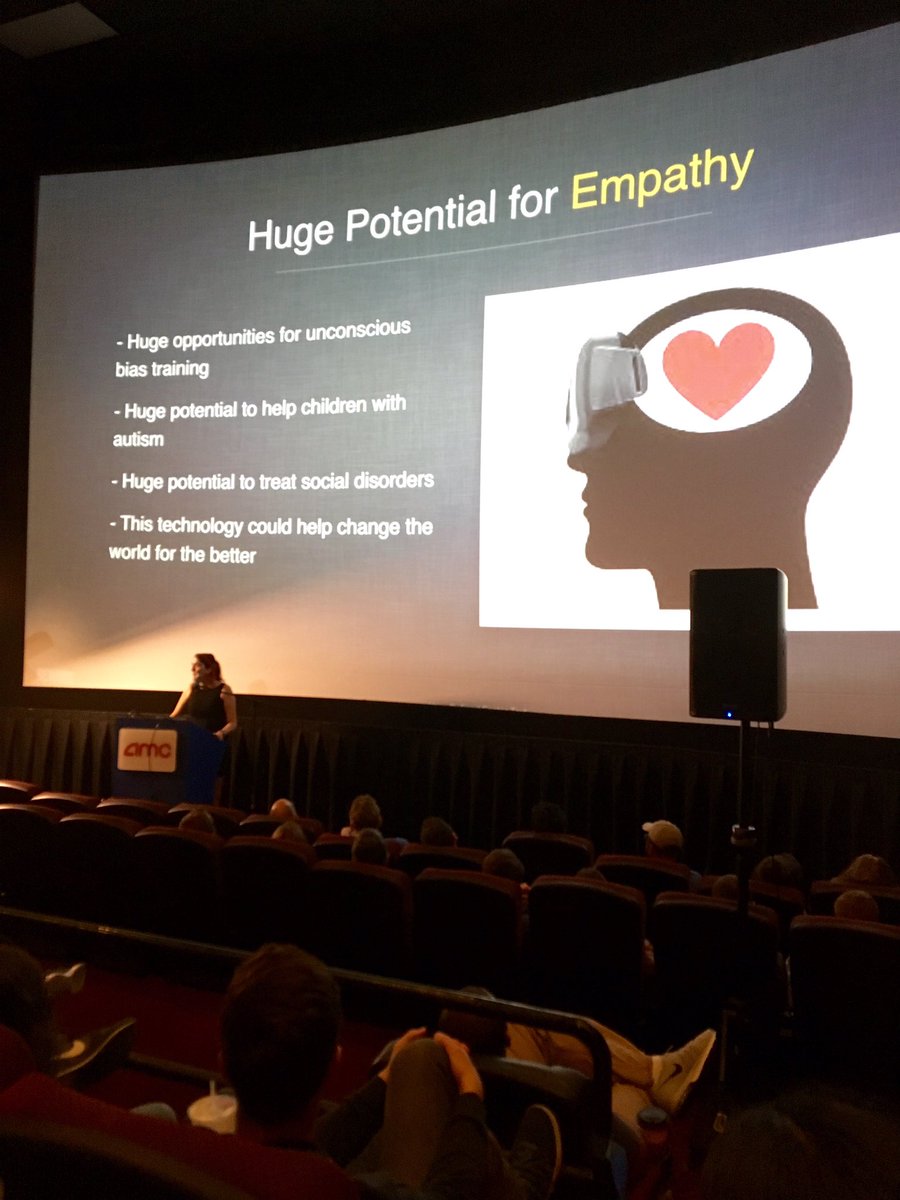 According to those like Bailenson, he mentions that women are forced to play hypersexualized characters, stating…

“What we have done in this lab is run a series of experiments that studies what happens to women’s view of gender when they are in this hypersexualised body that affects how they see themselves later on.

Academics want to pursue what the slide above is mentioning, in terms of “unconscious bias training” by inculcating gamers with specific social messages encoded into the game. The idea is to start to change the way gamers are ingrained with information to perceive certain aspects of society. They hope to achieve their goals through conditional, repetitious messages displayed at half-hour intervals, all designed for teaching empathy.

Bailenson goes on to say…

“VR experiences like this could start to change the way gamers think. Chipping away at the ingrained biases and toxic attitudes that have driven so many people away from gaming communities in the past.”

According to the director of the VR research labs at Standford University, forcing people to have to experience these social injustices periodically throughout the game would make them less inclined to committing acts of sexual harassment or carrying out violence.

The idea would be to indoctrinate gamers through games.

According to the BBC, the research that Bailenson and others at Stanford are doing is essential because the gaming industry treats women unfairly, and the major AAA titles hyper-sexualizes women far too much. The BBC states…

“With diversity a hot topic across the tech sector, gaming conventions like this have done a lot to clean up their act, binding the booth babes and generally creating a better atmosphere. Having said that, too many games on display here still have a long way to go when it comes to treating female characters with respect.

“Impossible anatomies, ridiculously oversexualised clothing, and not enough strong female protagonists are still things we still see far too much in the big budget titles.”

I’m curious exactly which big budget titles they’re referencing? Most female leads in recent AAA games have been made to be sexually and physically unappealing. Characters like Aloy from Horizon, Faith from Mirror’s Edge, Kait from Gears of War 4, the female supporting characters in Call of Duty, and the female protagonist from ReCore all have sexually unattractive designs, and were made to be liked only for their personalities and actions.

Then again, maybe being attractive for their personalities is too sexist for today’s gaming industry.