Matt Hickey, a tech journalist and contributor to Forbes, Gizmodo and The Stranger, has been implicated in a series of events involving a pornography recruitment scandal.

Hickey recently made an article on Forbes back on March 18th, 2016 decrying and lambasting Microsoft for having scantily clad dancers at an after-party during the Game Developers Conference.

The journalist was also one of many within the tech sector who condemned #GamerGate, with an archive on Muck Rack showing Hickey stating…

While condemning the hashtag used to expose scandals and ethical violations by journalists, it turns out that Hickey himself has become involved in an alleged sex scandal involving a pornographic recruitment agency.

Hickey allegedly fabricated a fake Facebook profile named Deja Stwalley. The profile featured a young blonde in a blue dress who was posing as a pornographic recruiter for Blazing Angel, a production company that was purportedly operating out of Las Vegas, Nevada. 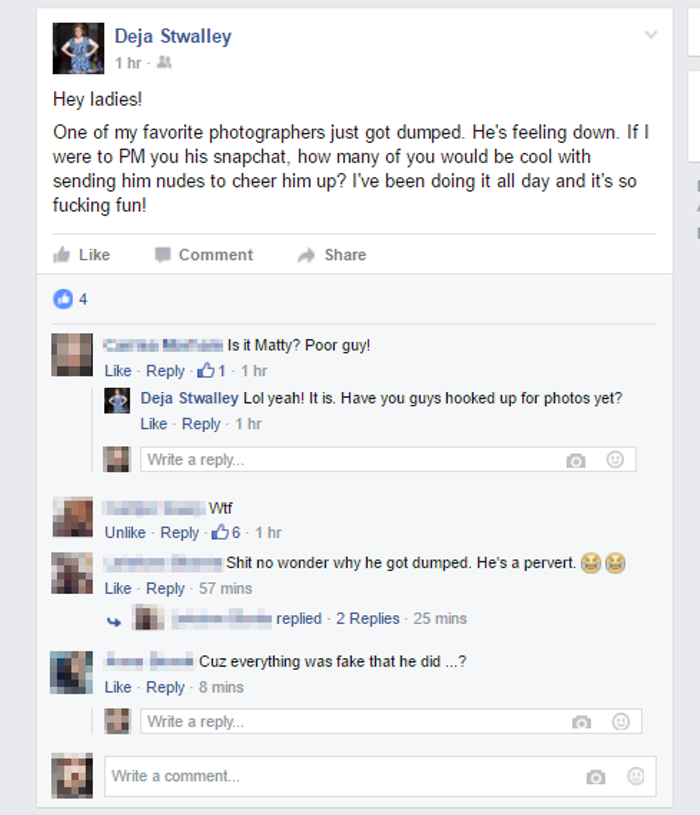 Further investigations revealed that the location Stwalley gave for the Burning Angel company was just an empty hotel lot in Las Vegas. The Stranger tracked down the real company and asked if they had a recruiter there by the name of Deja Stwalley. The real Burning Angel responded noting that they don’t use independent recruiters.

After the allegations surfaced, The Stranger attempted to contact Matt Hickey about it. He declined to comment, saying that his lawyer advised him not to. Hickey’s response was simply…

“I agree [the situation is] weird and also ridiculous, but I’m sorry to say that at this point I can’t talk about anything specific, though I may in the future,”

According to a post on Kotaku in Action by the Disco_Hospital, Hickey has completely scrubbed his Twitter feed. He also removed all the content from his official website named MattHickey.com. The only thing there is the following image.

It’s possible this is another “Mattress Girl” or UVA rape case, but the evidence here is stacked cleanly and clearly against Hickey. It’s also difficult to reach out to him, and so far he’s evaded attempts for comment by stating that his lawyer has advised him not to say anything.

The only thing that remains is his Google+ page and his practically barren YouTube account. Someone in the comment section also linked to a page where it revealed that Matt Hickey was also butthurt.

The journalist had a cyst at the bottom of his spine at the upper part of his buttocks, causing him pain and discomfort. He was using GoFundMe to collect funds to get surgery, since he was perpetually butthurt. 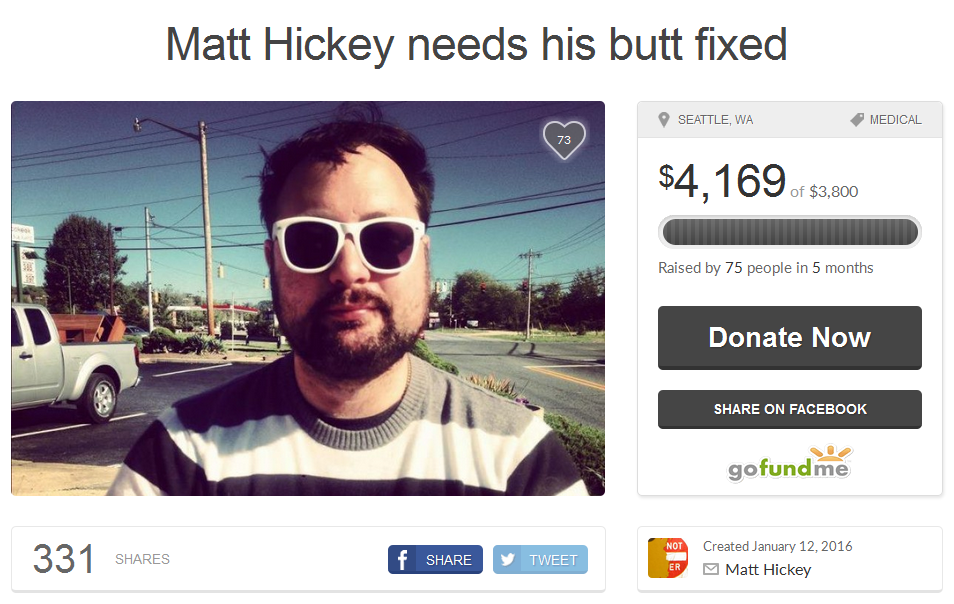 The article on The Stranger attempts to paint a case where the women would like to get rape charges levied against Hickey, but others believe that fraud charges and a civil suit are more likely.

This marks yet another case of a journalist who was against #GamerGate and the call for ethics in journalism who was under investigation for a sex-related crime. In another separate case, Jian Ghomesi – famous within #GamerGate for interviewing individuals like Brianna Wu on CBC radio and labeling the hashtag as a harassment campaign – also came under fire for allegedly raping multiple women after it surfaced he was involved heavily into the BDSM culture, as reported by The Star. In yet another separate case, staunchly anti-#GamerGate advocate Sarah Nyberg also came under scrutiny for involvement with pedophilia in an expose by Breitbart.

It seems as if some of those who are against ethics in journalism are individuals who are simply against ethics, morals and human decency.