Red Thread Games Kickstarted adventure game Dreamfall Chapters released the latest chapter for PC. The game is also due for release on the PS4. For gamers looking to get a little bit of help playing Dreamfall Chapters: Book Five Redux, there is a complete gameplay walkthrough available to help you with each puzzle and get through the game where getting stuck might happen.

YouTuber AllGamesWorldHD did a complete walkthrough of the latest chapter in Dreamfall Chapters, covering the game over the course of 16 videos. You can check out the playlist below.

[Update:dsr07mm is also available and can be viewed below.]

The game starts with Zoe in the hospital in Casablanca. After a brief dialogue interlude, you’ll need to use Zoe to check out the pictures scattered around the room. If you keep examining the photos things begin to alter and and change. The more you examine the photos, the flowers on the desk and the card in the flower vase, Zoe will then realize that she’s in a digital hallucination.

Players will then have dialogue options to pursue as Kian, and the next few segments involve lengthy talking cinematics.

After talking with Anna, Kian needs to head outside and he’ll come across a bird about to be burned. Kian will need to help the bird in order to make it into the tower. First grab a flask from the nearby table and then head to the wine merchant. Kian doesn’t have the money to buy the wine but he can taste a sample. Try the Northalnds Ruby. Replace the tasting cup with the flask and then ask the wine merchant to taste the Dragonfire wine. The merchant will fill the flask instead of the tasting cup. Take the flask with the Dragonfire wine and pour it near the stack where the bird is. When the magic burner goes to light the stack on fire he’ll burn himself to death.

Proceed to grab the pitchfork from the haystack nearby to help get the talking crow out of the cage. 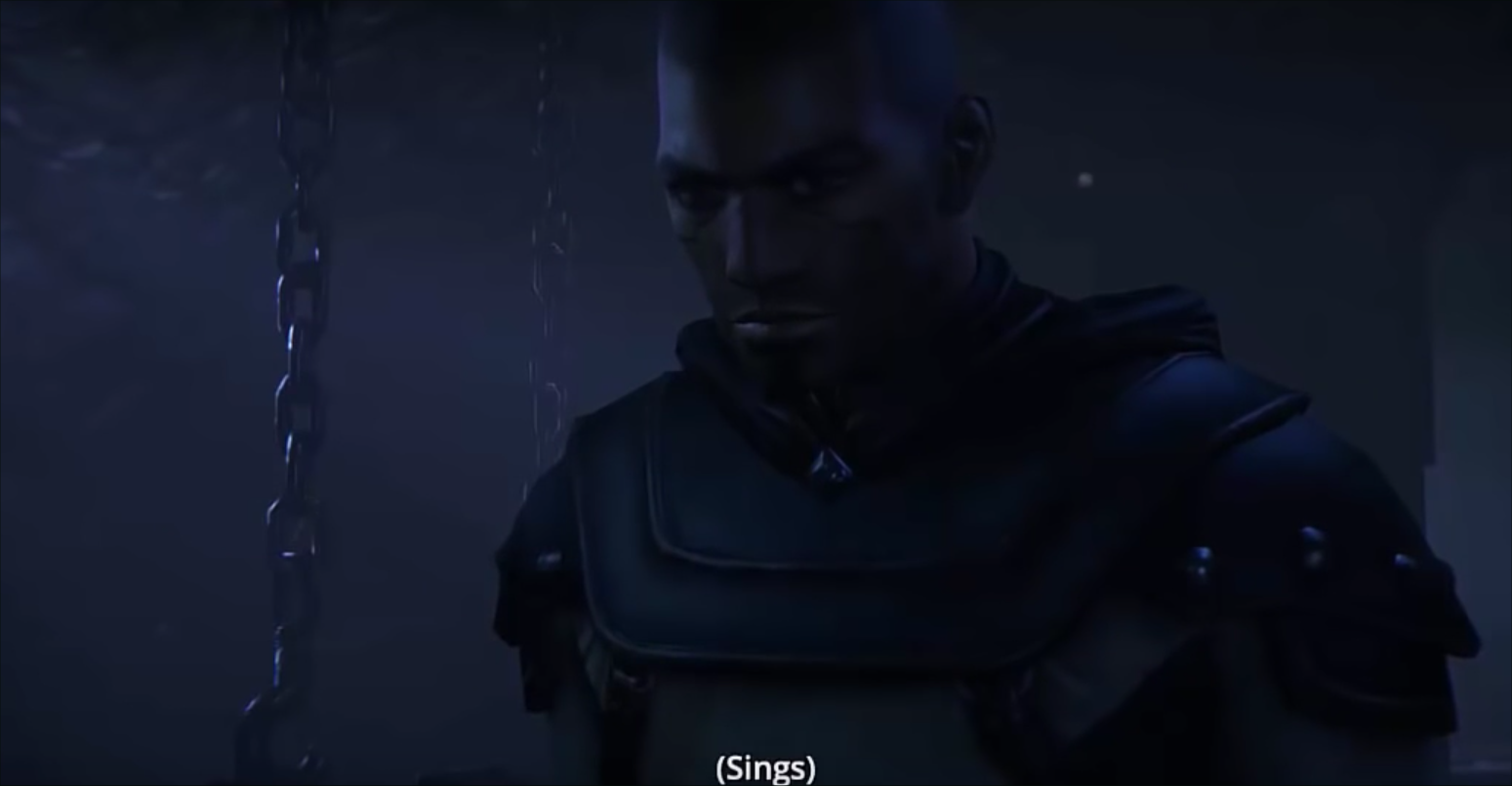 Kian and the Crow will end up at the old bar where there’s a secret passage that leads to the engine. There’s a hilarious segment where Crow jokes about getting through the secret passageway and Kian simply kicks the wooden planks in, in which case the Crow quips that they didn’t need to use any special contraptions or keys to get through the door.

The next segment for the music puzzle requires signing in a high note first, a medium note, a high note and then a low note. You can also use the magic egg relic on the wall by highlighting the wall and using the hand icon on it.

After a boat ride through the cave the Crow and Kian will end up at a vortex after Kian reaffirms to the Crow that he’s gay.

You’ll need to travel across the engine platforms to get to the wizard, and after a conversation Kian will knock him out.

From there, you’ll just need to follow the instructions involving Crow. Use the directional target to aim crow at the panel directly behind Kian.

After another cinematic players will be back in control of Zoe.

You’ll need to head down the hallways and go to your right and examine walls while heading into the room. Check the manifest near the pod and then proceed to exit the room before the guard finds you – he will shoot to kill. Hide down one of the passageways to avoid being spotted by him. Take the ID card from the dead body down the hallway and use it to access the next set of rooms. Be sure to close the doors behind you to avoid being killed. 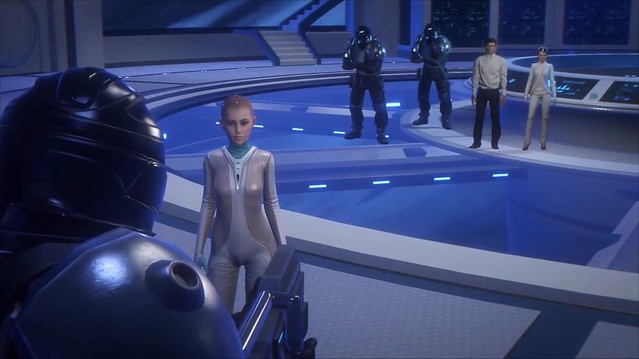 Zoe’s mother wants to use the power of dreams to alter the world using the Dream Machine. WATI Corp funded the project to create the Dream machine. They used Arcadia to help power the Dream Machine utilizing magic.

The Dream Machine utilizes a matrix called Eingana, and Zoe’s mother wanted to use Zoe to completely alter reality by recreating dreams as a real world without any poverty, greed, bigotry, or disease, only happiness, logic and science.

Players will eventually gain control of Saga and end back up in the old house to gather supplies to fulfill the prophecy. The spatula is in the pot in the sink in the kitchen. The rope is on the wall near the stairs. The elixir needs to be made up from the compendium.

You’ll find the jade-green Baiju on the shelf in one of the hallways, the leaf of void-oak is on the desk near the covered couch. You’ll find the dried blood-bog blossoms in a vase on a covered table in the room where two of the chairs are flipped upside down on the table. 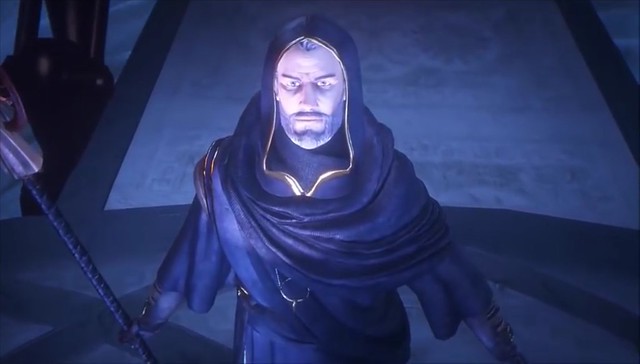 You’ll also need to knock down the brick wall through the doorway. In order to do so you’ll need to grab the sledgehammer by the stairs.

After getting through the pipes, you’ll need to head to the edge of the platform in the Engine room and use the rope to scale down the railing toward Kian, who got backstabbed like a little ho… by his mother.

Give Kian the elixir to restore him back to life.

From here, the game will switch back to Zoe in the altered dream world where more cinematics will play.

Eventually players will get back to playing as Zoe in the Dream Machine lab. Players will need to first examine the breaking parts of reality near the vortex. Zoe uses her Storytime’s ability to shape dreams and “change reality”, so players will need to activate the keypad with their mind – the keypad needs a code, though. Players can read Helena’s mind and get the code of 7914 to open the keypad and escape the pod.

Zoe, Saga and Kian finally meet where Zoe explains all of the stuff involving the Prophet and the Undreaming and how the silver spear needs to shatter the shard that’s in Klack’s possession.