A couple of new mods for Fallout 4 have surfaced, specifically for the Far Harbor DLC and for the Jane Bod preset for the BodySlide mod.

The first mod is the weather modification for Far Harbor. It removes the green radiation tint from the weather settings, but keeps the radiated rain damage. This is applied to all of the regions across the Commonwealth.

This mod comes in five different variations, some that make it where it’s only available for the vanilla version of the game, others that include the Far Harbor DLC, as well as few variations that alter the Glowing Sea and the Atom Springs.

This nifty visual mod was put together by MrTroubleMaker. If this seems like the kind of mod that you want installed on your copy of Fallout 4 to make the weather more diverse, feel free to grab a copy of the mod from over on Nexusmods.com.

The next mod is a little bit more NSFW… well, it’s a lot NSFW. Why? Because it’s a nude mod! 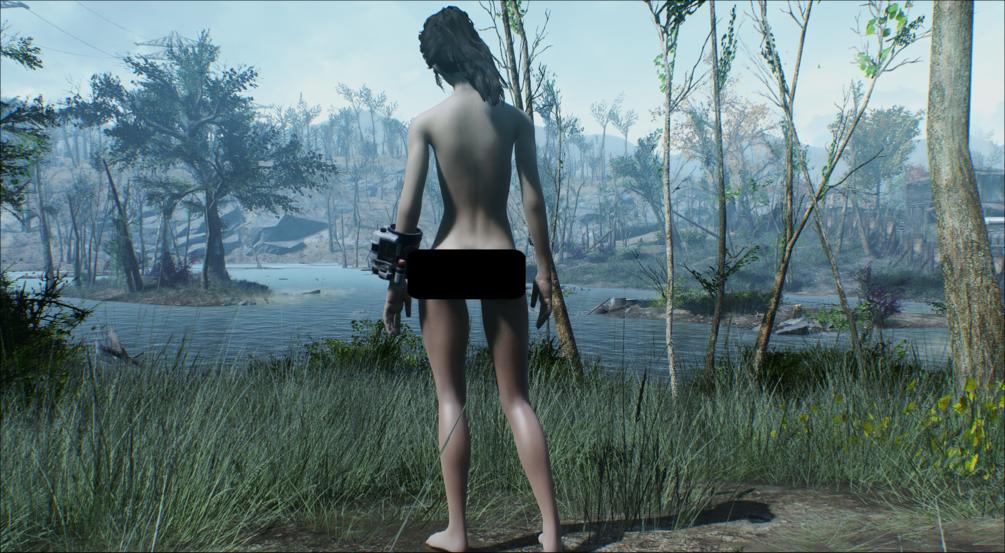 This isn’t just any ‘ole nude mod, though. This is designed for the Jane Bod BodySlide modification.

Not every owner of Fallout 4 wants their characters buff, bulging with muscles, bouncing with giant bosoms, or bountifully overflowing with a large buttocks. Sometimes, some people just want a natural, petite body to embody the kind of character they want to play in the post-apocalyptic wasteland.

In this case, modder binaryoutbreak put together a small modification to give the BodySlide character a more natural, fit look. Similar to petite female fitness trainers.

You will need a few prerequisites if you want to take full advantage of the mods, including the Jane Bod mod and the BodySlide and Outfit Studio mod. Once you download the two of those, then you can head on over and grab the Naturally Fit mod.

Fallout 4’s latest DLC expansion, the Far Harbor, is available right now for PC, PS4 and Xbox One. Both PC and Xbox One gamers can enjoy mods at the moment, but Xbox One gamers cannot access the nude mods like the CBBE, Jane Bod or BodySlide mods. It’s still advantageous to stick with PC gaming if you want the full kit and caboodle.