2K Games and Hangar 13 Studios released a 30 second promotional trailer for Mafia III featuring a quick vignette that outlines the general gist of the story and the motivations behind the main protagonist, Lincoln Clay.

The trailer is short and sweet and doesn’t detail too much of anything new, but we do find out that the game will sport an underground fighting system. We don’t get to see much other than Lincoln throwing a punch in what looks like the 1960s version of Fight Club. You can see the clip below.

Delta Rae’s “Bottom of the River” matches perfectly with the theme of the game, but the trailer is pretty short. I would love to see more of the fighting and the underground cage arenas. It was a sorely missed feature in GTA V after they had done such a great job with it in GTA IV: The Ballad of Gay Tony.

Open world game usually have hit or miss melee fighting, the best so far has been Sleeping Dogs followed by Saints Row 2. What was most impressive about Saints Row 2 was that the game allowed you to switch up your fighting styles and unlock new ones, so you could really help bring your character to life with some cool techniques. The hit detection and animations for the fighting was also spot-on in that game. It was such a shame that they dumbed it down and simplified to the point of inanity in Saints Row 3 and Saints Row 4.

Anyway, the teaser trailer above is a precursor to what’s to be showcased at this year’s E3. We don’t know if they have plans of highlighting the game during a specific press conference of it’s just going to be on the show floor vying for the attention of “game journalists”. 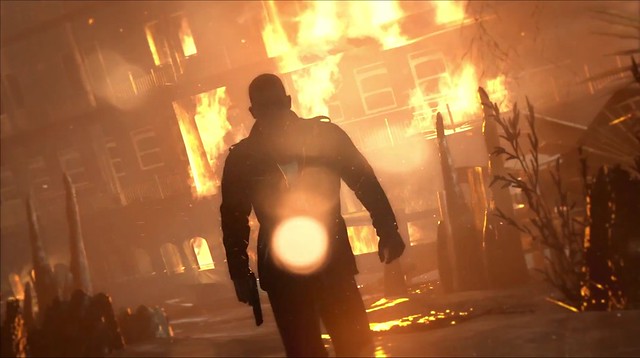 Mafia III is expected to arrive on October 7th later this year for the Xbox One, PS4 and PC. And thankfully, unlike Warner Bros. Interactive Entertainment, 2K Games still cares about the PC gaming community. So props to them for not pulling out and leaving the Glorious PC Master Race by the wayside like Warner Bros.

For more info on Mafia III feel free to pay a visit to the game’s official website.