One of the first things modders were obviously going to do for Senran Kagura: Shinovi Versus when it launched on PC was unwrap the censorship and let the rest of the PC gaming community go wild. Well, shortly after the game launched, an uncensored mod to showcase the bare nudity in the game was made available to the public.

Tamsoft and XSeed Games ported over Senran Kagura from the PlayStation platforms to the PC, giving PC gamers an opportunity to experience the buxom kunoichis in action with full HD support at 60 gloriously smooth frames per second.

Modder Cerophono from the Undertow Club wasted no time and employed no hesitation in whipping together a quick mod using uMod to remove the light bars from Senran Kagura: Shinovi Versus and help bring the bare bodies of the female ninjas into focus with 100% unmistakable clarity.

“This mod that removes the censor chibi heads and the light beams that appear when a character breaks their clothing during a finisher, or during certain cutscenes.”

The games on the PlayStation consoles use light bars and flashes to censor out the private parts of the female fighters. Leaving little to the imagination but covering them up enough to keep the game from getting hit with the dreaded AO rating.

A censored example of the uncensored mod is available in the image below, but clicking through will take you to a NSFW full version over on Flickr. 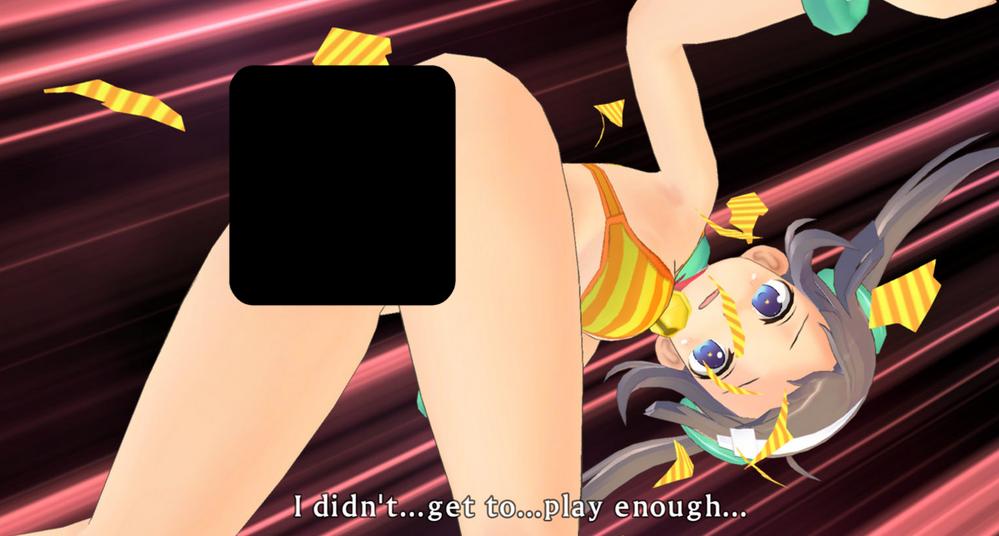 You’ll also need uMod if you want to extract the data from the game for model or texture replacements. You can download uMod from over on the Google Code Archive.

A texture mod is available as well that adds nipples to the characters so they don’t look like Barbie dolls. You can grab that from an Undertow.Club thread started by modder BattleJesus.

Cerophono also lists the corresponding model file numbers in his post, so you can easily match up who you want to edit and how.

The uncensored mod does not contain a texture replacement for the girls to give them naughty bits. However, some modders have already taken steps to extract the textures to make it possible to add or change those bits. Modder ShadowX offered up the community a nude template texture that you can download right here for the playable girls. So those of you with some talent and Paintshop skills can easily get to work to come up with something a little less Mattel-oriented.

Senrai Kagura: Shinovi Versus is available right now on PC and you can download it from over on the Steam store or learn more by hitting up the official website.