If you like Lara Croft or playing Super Mario Bros, you’re contributing to a culture of sexism within the video game industry, according to British politicians. Nevermind that the two newest Tomb Raider games have been written by a woman and have adopted the ideals of third-wave feminism. According to some British members of parliament, Super Mario Bros and Tomb Raider are core examples of the gaming industry being steeped in sexism, and they now want to introduce a sexism rating to deter developers from making their games sexist.

HeatST did a write-up on the story that originated on Newsweek, the latter of which contains a couple of easily disprovable falsehoods relating to #GamerGate. Nevertheless, the article covers the attempts by British MPs, including Chi Onwurah and Tulip Siddiq from the Labour Party, to amend a sexism rating for video games.

“I think it’s absolutely right that the government should be doing more to promote more women into the gaming industry, and that includes helping to identify when videogames don’t have sexist and demeaning representation for women. So I’d like to be working with industry bodies so that we can celebrate the good examples and identify the bad ones”

“That is something… I’d be very interested in working with the video standards council and also the gaming authorities to look at, because we consider how offensive films are [and that] impacts their rating, so I think there’s an argument that gender offensiveness should at least be signposted”

This comes shortly after several other politicians in France have attempted to introduce an addendum to the PEGI rating in order to have certain games with “poor” depictions of women rated 18+. The idea is that even if the game may be designed for kids or teens, if they have women in them that certain people feel are “problematic”, the game’s rating could be raised in addition to limiting its advertising and sales potential.

According to the French politicians, the idea would be to make the rating dissuade developers from depicting women in specific ways while also celebrating and rewarding developers who depict women in approved ways — ways that those in specific culture sects feel reflect and represent women in a positive way.

In the case of France, no examples were provided of good or bad depictions of females in games, but they did use Anita Sarkeesian’s list of criteria on how women should be depicted in games. 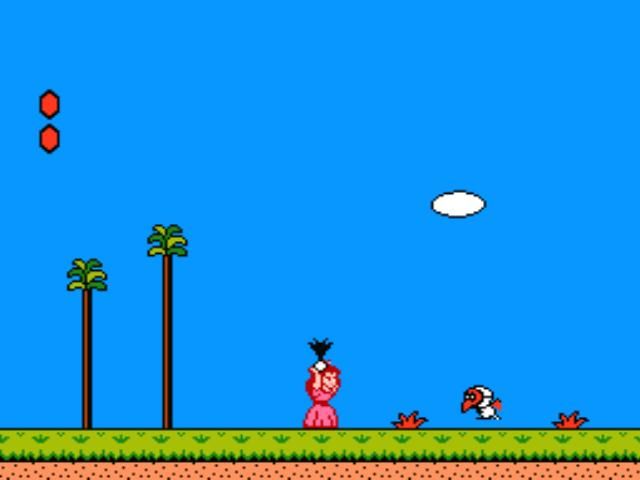 In the case of the Newsweek article, MP Tulip Siddiq did have examples to share, citing Super Mario and Tomb Raider as problematic examples of sexism in video games. According to Siddiq…

“The most famous video game franchise in history, Super Mario Bros. , frequently sees a helpless Princess Daisy in need of rescue by Mario and Luigi. Why in the Lara Croft series, focusing on an ostensibly more positive role model, is she still depicted through such sexualized imagery?

“As examples they might raise a grin, but it should be possible for the videogames industry to embrace women as positive role models without resorting to sexism and stereotypes that we wouldn’t allow to fester in other creative industries.”

This would be the first time actual examples are being used by politicians based on what’s considered sexist in the gaming industry, particularly in relation to laws that they would like to pass through legislation in order to curb developers from pursuing certain depictions of women in video games.

If Super Mario Bros is used as a standard, then Nintendo would most likely have to find another formula for their games when it comes to Mario and Luigi rescuing a female. In fact, rescuing any female in any game could be construed as sexist if she’s portrayed as a “damsel in distress”.

Instances where Nintendo allowed gamers to play as Princess Peach or Daisy or Rosalina were ignored by the MPs, which makes me wonder if video game companies will at least attempt to defend their own work where these examples are being misrepresented in the media?

Apparently video games aren’t the only things the MPs will be going after. According to Siddiq, these labels for video games could open the door for critiques and reevaluations of how women are depicted in other mediums…

“The government can do more to support a culture of equality across the creative industries. The issue of sexism in the videogames industry could be a part of a wider review by the Department of Culture, Media and Sport. I take the broad view that laws and regulations must keep pace with technology, and in this case, they are clearly lagging behind”

The United Nations has also been trying desperately to get Japan to bend to their whims regarding censorship and the depiction of women in fictional material such as animated television shows and film, as well as manga comic books and video games.

According to Niche Gamer, Japan has denied the United Nations’ request to consider further censoring their media in addition to the measures they already have in place, but the United Nations isn’t giving up. This all came to a head following Switzerland wanting to enact a sexism on games, which was then followed by Zoe Quinn and Anita Sarkeesian going to the United Nations about the depiction of women in video games and sexism in the tech industry.

Politicians are now starting to react to those complaints and it could mean further artistic restrictions on video game development if the sexism labels do become mandatory.

The Newsweek piece rounds out by stating…

“[…] traditionally-minded gamers have hit back, gathering around the “#gamergate” hashtag, which began in 2014 in response to false claims about alleged impropriety between independent game-maker Zoe Quinn and a journalist. The movement has gathered into a broad coalition of resistance to perceived attempts to introduce social justice “agendas” into games and games journalism.”

This is actually incorrect, Nathan Grayson was romantically involved with developer Zoe Quinn and also exchanged $800 while covering her and her game… without disclosure. Grayson went on record to admit his involvement with Quinn and that money did exchange hands between them.