Running on a single GTX 980 at 2K resolution, the Adam tech demo that the Unity team put together for the Unite Europe Conference was recently shown in full following this year’s E3. The five minute short film is a thought-provoking masterpiece of technical wizardry, and it has opened the eyes of a lot of gamers to see just how much the consoles are holding back technology in the gaming industry.

DSO Gaming spotted the PC tech demo, which was posted up over on the official Unity YouTube channel. It’s not just a standard demo — not like the ones Epic, Nvidia or AMD churn out — you know, high on style, light on substance.

Unity put some work, time and thought into their Adam demonstration and it really shows. Not only is it a technical marvel given that everything you see running in the video below is real-time and not pre-rendered, but it’s a technical marvel that has a compelling story to tell. Check it out below.

A bunch of criminals put into robots and then sent into the wasteland to survive? That could make for an awesome survival game.

But onto the technical stuff…

First up, we get a very good, thorough look at how well the Unity 5 game engine is optimized to utilize various bokeh depth of field effects. We get it on the close-ups, the mid-shots and when the camera is panning over the foreground. It’s subtle, though. They do it enough so that you can quite readily see the depth of field, but they don’t over-do it or make it pretentious.

We also later see the depth of field in action near the end of the flick, where the one character holds up his hand and we get a nice clear foreground shot of the details and rendering of his hand, and then later we see that followed up with a nice clear shot of his face while we’re left with a soft focus on his hand. It’s a beautiful, beautiful post-processing effect. 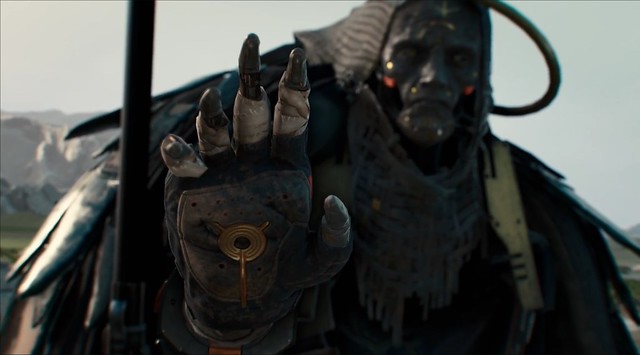 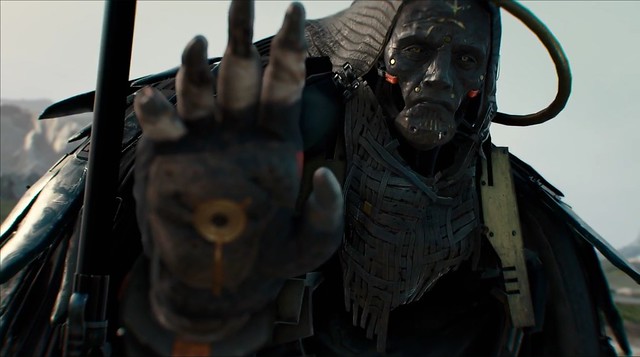 Getting back to the demo, though, we see some excellent use of physically based lighting materials, especially early on when the lights on the metal and the panels properly reflect the character and the reflections. Also, as Adam is walking through the metal corridor we see real-time reflective distortion from the materials, as opposed to just a basic mirrored reflection.

The lighting team and artists did a fantastic job of making sure the PBR reflections were done subtly and with a hint of a distorted blur effect. When it comes to reflections and mirrored images, It’s easy to make things too shiny, too reflective or too clear; but in this case, they nailed it. 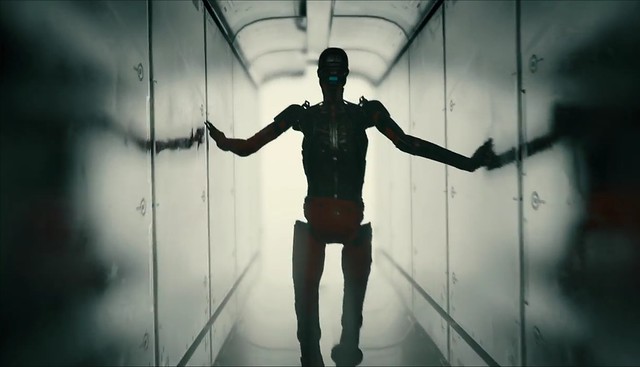 One of the most impressive things that I found about this particular demo was the restrained use of volumetric fog and smoke effects. I love real-time volumetric smoke effects because it’s used so very rarely but it always brings a scene up a notch in realism. Once I see those alpha maps being used for smoke effects it instantly takes me out of a scene or it completely destroys immersion. But here, the Unity 5 rendered that volumetric smoke like a boss.

We also see a bunch of other high-end rendering techniques on display, such as the dynamic shadow casting across multiple moving objects, along with layered soft-shadowing. It’s everything you would expect from a next-gen game engine. It’s just such a shame that we won’t be seeing any of these cool techniques being used in most AAA games since they’re either cross-gen titles or made for home consoles. Maybe one day we’ll see a developer push the boundaries with the Unity engine the way Crytek pushed the boundaries back in 2007 with Crysis.

You can learn more about the Unity game engine by hitting up the official Unity 3D website.