Boku To Koisuru Ponkotsu Akuma Will Launch Uncensored On Denpasoft

It appears SMILE and Sekai Project will be launching the raunchy Boku To Oisuru Pnkotsu Akuma in an uncensored state on the adult-oriented digital distributor, Denpasoft. No hacked up or cut down Steam release this time around.

Sekai Project announced that the game would be heading West along with a number of other titles across various platforms. Boku To Koisuru Ponkotsu Akuma in particular will be coming to PC via Denpasoft, where-is some of the other games on Sekai’s upcoming list will be spread across the PS Vita, PS4 and PC.

Boku To Koisuru Ponkotsu Akuma will see players in charge of a supervisor named Ren who must oversee seemingly useless demons who are constantly getting into mischief. The misfits prove more than what Ren can handle and he finds himself succumbing to their more… demanding requests.

A rather catchy trailer was released filled to the brim with colorful graphics and a fast-paced theme song that you can check out below.

Technically, the trailer doesn’t really give away that it’s an eroge visual novel. The whole thing is so over-the-top and lighthearted one would think that it’s a standard witch tale with a little bit of ecchi.

The artwork also comes from the same artist that designed the ever-so-popular characters from the Nekopara series, for which some of you may remember for the touching, groping and jiggling features. Unfortunately, they don’t mention anything about those kind of interactive functions being present in this upcoming title, but I’m sure there will be plenty to rival the quality plot of Nekopara in Boku To Koisuru Ponkotsu Akuma. 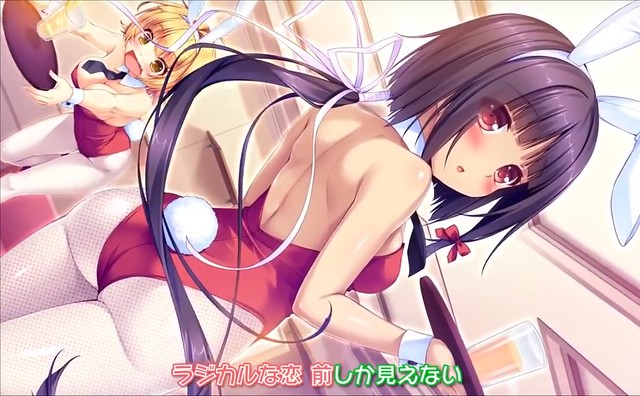 There is no official release date set for Boku To Koisuru Ponkotsu Akuma just yet. For now Sekai Project is simply advertising it as “Coming Soon”. That presumably means it’s coming sometime before 2016 is out.

The publisher has a number of other games in the works as well set to arrive across various digital distributors, but in the case of Boku To Koisuru Ponkotsu Akuma, you will have to get it exclusively from the NSFW Denpasoft.com. In the meantime, be sure to sign-up for the newsletter to stay abreast on updates and info on the game by visiting the official website.