The upcoming Justice League film had some sneak peek footage let loose at this year’s San Diego Comic-Con. It contains clips of Ben Affleck as Bruce Wayne, traveling around to recruit some heroes for an impending invasion.

The trailer is actually a heck of a lot longer than I thought it would be, and it gives us a look at The Flash’s costume, a brief look at Cyborg’s getup, a brief look at Ben Affleck under the cape and cowl (although he still uses voice modulation for his Batman voice since he really doesn’t seem to have a proper Batman voice) and we see Jason Momoa who seems as if he could be the show-stealer with his absolutely badass portrayal of Aquaman. You can check out the trailer below.

Clocking in at two minutes and 45 seconds, the trailer is a montage of Wayne going around trying to recruit everybody. He seems to have trouble with Aquaman, though. I’m glad that they made it where Momoa is not some pushover and he rightly shows Batfleck that he’s the alpha in those parts. Those were probably the best clips of the whole thing.

The trailer also reveals that there’s going to be plenty of slow-motion effects in play, especially with regards to The Flash. His suit seems to be taken right out of the Injustice universe, which seems like an odd decision for his first big debut on the silver screen. It would have seemed like they would have built towards that suit instead of whipping it out on the first date. It’s important to never forgo the foreplay of fan-service.

Wonder Woman isn’t featured much in the trailer, but that’s because she also received a trailer of her own from the San Diego Comic-Con. We’ll get to that later. 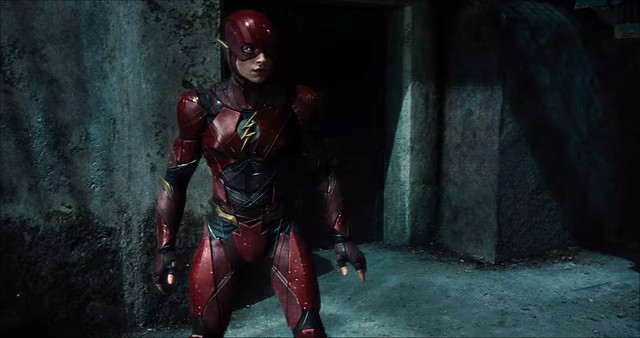 I’m a little worried given that the trailer spends a lot of time on the recruitment process and it makes it difficult to see how they’re going to have time to flesh out the main villain. One of the biggest drawbacks in these films is that the villains are usually poorly defined or don’t get enough screen time.

In the case of The Man of Steel, I think that it was pretty cool that Zod actually turned out to be the most interesting character in the whole film. In fact, it would have been a heck of a lot better had they saved his small army for the Justice League film, and just had Superman subdue him without killing him. It would have made for a far compelling fight with Zod and his henchmen against the Justice League.

Poor writing and poor planning on DC’s part kind of led them here, though.

Hopefully the villain will be someone who actually poses a threat to the team and isn’t just another throwaway like Ultron and Loki and their throwaway armies in the Avengers films.

You can look for Justice League to hit theaters in November, 2017. It looks like they’re a bit afraid to go head to head against Star Wars Episode VIII.