Exoplanet: First Contact is a survival, western-themed action role-playing game. It takes a lot of inspiration from various popular action-RPGs such as The Witcher and The Elder Scrolls, except it adds a wild west twist to it. Players assume the role of Jack Sharp who gets stranded on the planet K’Tharsis and loses his ship to some nasty folks. Sharp must fight, scavenge and explore the foreign planet as he attempts to get revenge and get his missing ship back.

The game is in development by Alersteam and they’re currently seeking funds to finish the project via Kickstarter. There’s a $45,000 goal and they’re only at the $10,000 mark as of the publishing of this interview. Nevertheless, the team members have been reaching out to do interviews and pretty much grab the attention of the media anyway they can, but they plan on doing so in an honest way. I managed to get some questions about the project answered through Beatriz Tejeiro who setup the Q&A for the Ukrainian development team, Alersteam. You can check it out below.

One Angry Gamer: When a lot of people came across Exoplanet there were comments like “Red Dead in space”. Is that what you were aiming for? A sci-fi Red Dead kind of game? Or are you looking to create a distinct separation from the title with the gameplay and sci-fi themes?

Alersteam: Red Dead Redemption could be seen as one of our inspirations, but probably not the most important one. What our team really wants is to create smaller game worlds, where the player feels comfortable rather than terrified with the size of the map and side activities they can do, where they can find their way without looking at the map or following the quest marker. We are putting an incredible level of details in our worlds, probably closer to [The Elder Scrolls] series and Gothic 1-2, Witcher 1, or something you can see only in the iconic Firefly TV-series. We are not going for the large open world GTA-like solution, even though it does have a Western theme.

OAG: Given the Wild West sci-fi setting, you mention revolvers and gunslinging… will there showdowns in the game where players will go one-on-one with other gunslingers? And given that there is a melee function in the title as well, will we see any classic saloon brawls maybe?

Alersteam: Both are thoroughly described in our design documents, but we’ve got to be realistic and take one step at a time. If our additional funding goals are reached, we will be happy to implement these mechanics in the first Chapter of the game. Otherwise fans of the thrilling showdowns and brawling will have to wait a bit longer.

OAG: Regarding the weapons… will players have to micromanage ammo or will it be energy based or… how will weapons and ammo work in Exoplanet?

Alersteam: The ammo management is important. K’Tharsis is a wild planet where you can’t just visit the nearest gun shop and buy yourself a tin can with 1,500 bullets. Looting enemies is a good way of replenishing your ammunition, as well as crafting those types of ammo you need from those you don’t want to use. Special or crafted variations are really game changers. The same rule applies for the energy weapons as well as for the special armor types equipped with devices that consume energy (energy can be seen as some king of mana in Exoplanet, limited resource that allows you to use special powers or weapons).

The batteries must be bought or crafted and then recharged regularly. The player can take nothing for granted in the world of Exoplanet and they must be careful with their resources, e.g. calculating profit from using a rare EMP grenade for disabling a dangerous robotic foe or save it for solving a quest. The cheapest ammo will be always available, but it is way less effective during the middle to the end of the game and against some types of enemies. 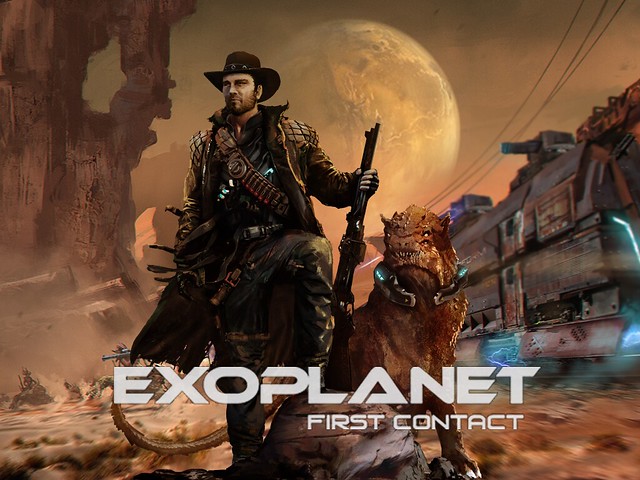 OAG: Given that this takes place in what seems like a fairly large world, will there be vehicles present at any time for players to use to get around or will they have to rely on travel by foot?

Alersteam: Both options are planned. WE tend to give the players the proper tools for the activity they choose. The hoverbikes are a good tool for traveling within any known locations and on the global map and offer a fast paced, frantic combat where one mistake can send you to your grave. The mighty riding beasts – the arphants (the local’s name for the big creatures resembling chitin-armored elephants), are good for hunting monsters and assaulting bandit camps – they are slow but give additional protection. As a bonus, they also don’t need any fuel except for grass. The best option for exploring a new location, especially one with an intricate landscape is going by foot.

OAG: Will players be able to customize Jack’s visual appearance in addition to customizing and upgrading his skills and abilities?

Alersteam: You can change his clothes, armor and accessories. Jack is a character with a rich background, a story to tell, and he has a fixed appearance, meaning his face and haircut. He doesn’t like when someone messes with his hairstyle.

OAG: There have been some pretty crazy things happening in the world of games media lately where gamers became dissatisfied with the way some of the larger outlets operated. With things somewhat going back to normal, have you found it more or less difficult these days to get the media to pay attention to Exoplanet or is it about the same as it’s always been?

Alersteam: We do not rely on scandalous marketing strategies or selling raw concepts without any implementation or working prototypes. You could probably understand that from our Kickstarter pitch video – it contains no speaking heads or ambitious promises – only gameplay footage and our protagonist’s voice – the things we can do, and the things we are not afraid to show.

We must admit that getting the attention of the press or other media was not an easy task for our small independent team. The rules are changing; a couple of years earlier you could pitch a bunch of concept arts and namedrop some kind of iconic game to become the center of the massive hype and reach your Kickstarter goals in days. Now the player and the media have become more picky – and we cannot blame them for that after all those controversial releases of the successfully funded games. For our team that means we must never forget, that actions speak louder than words do. 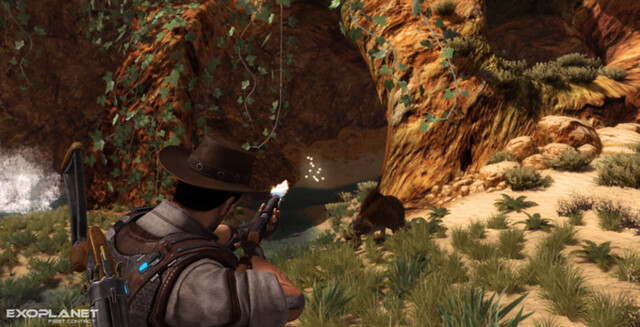 OAG: Over the past year various developers have been shamed online about not adding in certain characters or not designing the story a certain way. How do you feel about developers having to deal with their creative decisions being challenged by groups on social media and do you think it helps or hurts the creative process, especially now that you have a game on Kickstarter and it’s going through the iterative phase of creation where feedback and input are crucial?

Alersteam: We think that a good game developer cannot be really ashamed about adding or not adding something or someone to his creations. Our decisions are made not in order to please certain social groups or offend them, but to create a believable and immersive world for a videogame. Yes, it is a fictional world, but it has internal logic and rules. If someone does not like it – those people are free to make their own games the way their principles or desires dictate them. We clearly understand that our game cannot meet the expectations of all players or critics, but that does not mean that we must be shamed for it or be afraid of being attacked by some active groups who seem to be more interested in generating hatred and scandals than playing good games. WE do our best and get motivation from people who like our game as it is, as we like it ourselves. That is the only thing that matters.

OAG: It’s mentioned that modding tools are planned to go live with the final release of Exoplanet. How much creative control are you planning on putting into the hands of the community? Will it be mod tools for skins, model swaps and maybe some sound replacements or will it be the whole she-bang where gamers can make new maps, weapons, vehicles or even quests?

Alersteam: Many of us come from the mod scene of different games and we always mod other games when we play them. We think that the players should have the same tools as we, the developers do. Technically our modkit allows to make a total conversion of the Exoplanet, turning it into whatever the modders want, be it importing new resources and modifying the existing ones or creating an entirely new game.

For example, they could make a fantasy conversion, and our Jack would turn into a female elven archer, if they put new models and animations into the project. Obviously the Sahara Engine is still improving and it has some limitations, but we have seen the modders do crazy things with the older and less convenient modkits. We are excited to see the first mods for Exoplanet to be developed! They will probably teach us something new and give us great ideas for the best games in our space-western universe.

OAG: If the game manages to hit a few stretch goals in time, is it possible we could see Exoplanet on the PS4 and Xbox One sometime in the future?

Alersteam: Our priority is the PC version for now, but anything is possible. Given enough time and funds we can create console versions as well. We really don’t want to make a lazy ports, and are not thinking about hiring an outsource company to port Exoplanet. Many companies do it nowadays, but for us this approach is unacceptable. If we do go for the consoles, then we will make it ourselves, completely redesigning interface, controls and some aspects of the gameplay to give the console audience the best possible experience.

Massive thanks to the team at Alersteam for answering the questions during the frenetic time of running a Kickstarter. If you like the concepts behind the game and you would like to learn more or contribute to the project, you can do so by visiting the official Kickstarter page.