Anomalous Games announced on Twitter recently that they will be releasing a new trailer for their upcoming side-scrolling action game featuring #GamerGate’s mascot, Vivian James. The name of the game is Project SOCJUS and it centers around a dystopian future ran by an despotic establishment of Social Justice Warriors.

The tweet let the development and gaming community know that work on the game is steadily coming along and the trailer should be made public soon.

Some #ProjectSOCJUS levels which will appear in next week’s trailer. #gamedev #indiedev #screenshotsaturday https://t.co/8XHquPQMvY

The new screenshots were made available over on Tumblr, where we get to see some of the new levels that Vivian will have to traverse through in the sleek looking, cyberpunk SJW utopia.

The first shot features a concept of one of the environments that players will encounter. It’s dark, brooding and embodies that cyberpunk atmosphere I just mentioned. 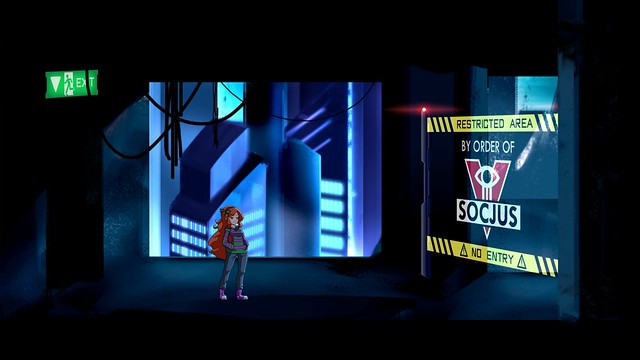 The next shot is the AutoModerator. It’s a hulking robot that monitors news and comments and auto-censors them as well as shadowban users, just like the real life moderators of Twitter and Reddit. 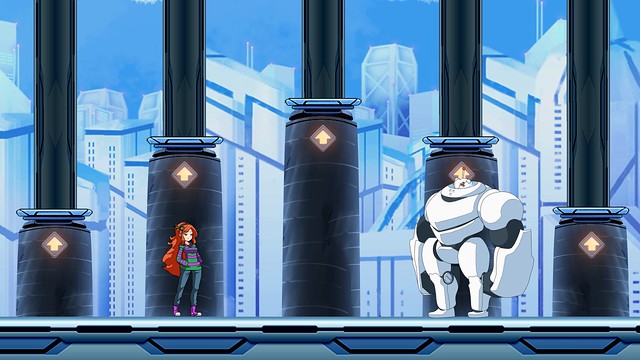 The next shot is hilarious. There’s a billboard for an in-game publication known as Code Taco, a play on Kotaku. There’s a flash article on the billboard titled “5 Reasons Why We Need To #KillAllGamers”. I don’t know if that’s a real headline from another website or not, and I haven’t checked, but given the current climate, it doesn’t seem like such a far-fetched concept. 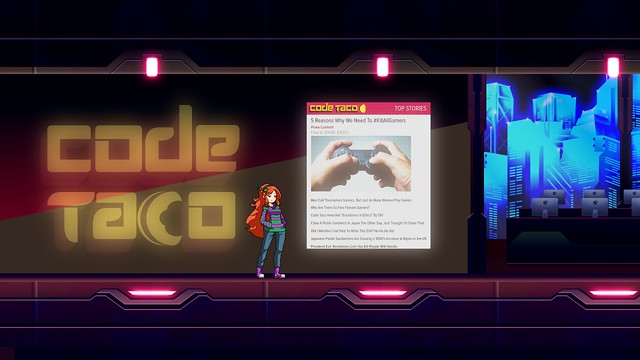 The game has a cool art-style… a sort of brooding urban look mixed with a gentrified security community. It looks fancy but it doesn’t look hospitable, and I think that’s something that best encapsulates the Social Justice Warrior mentality; they preach from a social media pulpit about the aims to create a global utopia, but the end results are anything but that. In fact, it appears many of the SJW male feminists are involved in some sort of sexual deviancy, including one stepping so far over the line that he has been arrested and charged with rape.

I’m looking forward to the new trailer, and you can keep track of the game’s developmental progress by checking out the game’s Tumblr page.