Various people have been making public comments and articles detailing very explicitly racist comments from BioWare designer Manveer Heir, who is currently working on Mass Effect: Andromeda. The situation has grown so tense that some people have decided to broadcast petitions to get Heir fired.

There’s a highly upvoted post on the Donald Trump sub-Reddit with various people claiming that they’ve written in or will write in to BioWare and EA to have Manveer Heir fired.

According to the website North Crane, they’re reporting that 4chan users are planning a mass boycott. However, it seems odd that they would care about this issue now, even though when it was present when #GamerGate was at its peak the entire conversation on 4chan centering around that topic was censored.

The petition doesn’t have a lot of traction right now, sporting only 239 supporters over on Change.org. It was started by a certain Matt Raison and clearly requests that EA “Remove Manveer Heir From His Position at EA Games”.

Despite the petition only gaining the attention of a couple of hundred people, the news about Manveer Heir’s antics have spread to fansites for Mass Effect: Andromeda, with the website Mass-Effect-Andromeda.com pointing out Heir’s inflammatory comments, some of which you can view below.

I follow too many white dudes, so if you get culled, tough shit. Blame the dominance of your species/race/gender.

If Hollywood is going to whitewash stories with white actors playing non-white roles, those actors should only be credited as “Honkey Magoo”

White people, I am not here to make you feel comfortable or okay with yourself or the white supremacy you benefit from.

A white person being called ‘racist’ is the closest they’ll ever get to being called ‘nigger’. It upsets them so much. #stillnotclosethough

The comments over time eventually attracted the attention of Ian Miles Cheong, who covered the controversial Tweets from Heir over on Heat Street.

So far Manveer Heir hasn’t seemed particularly repentant or remorseful about his comments, and those who follow Social Justice Warrior politics feel as if it’s not possible to be racist against whites. With his comments being as public as they are, it will be interesting to see whether or not these kind of racist views will affect sales within the white demographic.

This is all the more ironic given that Manveer Heir did a session at the Game Developers Conference on behalf of BioWare Montreal speaking out against misogyny, racism and homophobia back in 2014.

[Update:] According to Twitter user Mug33k, Heir is being backed and supported for the racist comments he’s made on Twitter by the general manager of BioWare, Aaryn Flynn, and the studio director, Yanick Roy. So it’s doubtful writing in to BioWare or signing petitions will get any results. 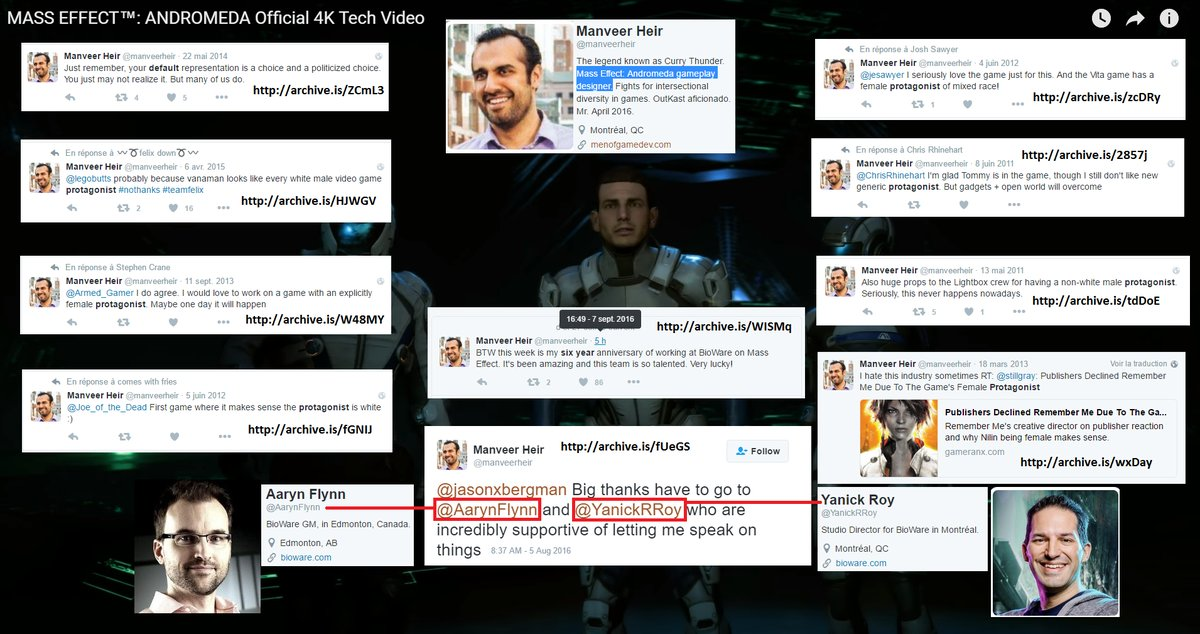