There’s a piece that was recently published on ThinkProgress by Zack Ford who spends a lot of words and time justifying a recent hit-piece on Rock, Paper, Shotgun by Claudia Lo that aimed to misrepresent the sci-fi strategy game, RimWorld, based on an unfinished and bugged bit of romance code.

Despite the developer, Tynan Sylvester, repeatedly saying that the criticisms about the feature on the Rock, Paper, Shotgun piece were unfounded given that those issues were already being addressed before the article was published, he was still lambasted by Social Justice Warriors for the unfinished and bugged code in a game that’s still in Early Access.

“This RimWorld controversy bears a strong resemblance to the GamerGate controversy that has played out over the past few years. Essentially, GamerGate became just a vast platform for misogyny, including the targeted harassment, doxxing, and threatening of female gamers and anyone interested in diverse representations in games.”

This has been debunked, countered and disproved so many times there’s an easy checklist to throw up to bury this misinformation in the ground.

1 – Hundreds of articles from outlets between 2014 and 2015 have claimed that #GamerGate is a harassment campaign
2 – None of these outlets have provided any evidence for their claims.
3 – When asked for evidence, journalists have either deferred to other pieces based on hearsay or have responded with the following.

4 – To date there has been no evidence that #GamerGate was or is a harassment campaign.

5 – The #GamerGate Harassment Patrol kept the tag clean of trolls and reported people attempting to use it to send harassment.
6 – A peer reviewed report published by WAM! indicated that #GamerGate was not a harassment campaign.
7 – A Newsweek report measuring more than a million tweets also indicated that it was not a harassment campaign, and that more than 90% of all the tweets were actually neutral.
8 – According to Crash Override Network, an abuse organization headed up by Zoe Quinn, #GamerGate never harassed Anita Sarkeesian.

So unless Ford has evidence that says otherwise (since the burden of proof is on the accuser), everything he has written about #GamerGate is an easily disprovable lie.

“Though the backlash [Zoe] Quinn then faced was purportedly about journalistic ethics, that quickly proved to be a facade for many gamers’ objections to the changing culture of games. “

Again, a blatant lie. The FTC has already used more than 50 pages worth of #GamerGate material for their investigation into Gawker. #GamerGate also was responsible for sites like VG 24/7 updating their disclosure policies, along with Kotaku, Polygon, The Escapist, Videogamer and Destructoid, to name but a few.

For the people out there too dense to get it: #GamerGate is about ethics, based on the facts alone.

The facts didn’t stop the lies from making their way into the ThinkProgress piece. 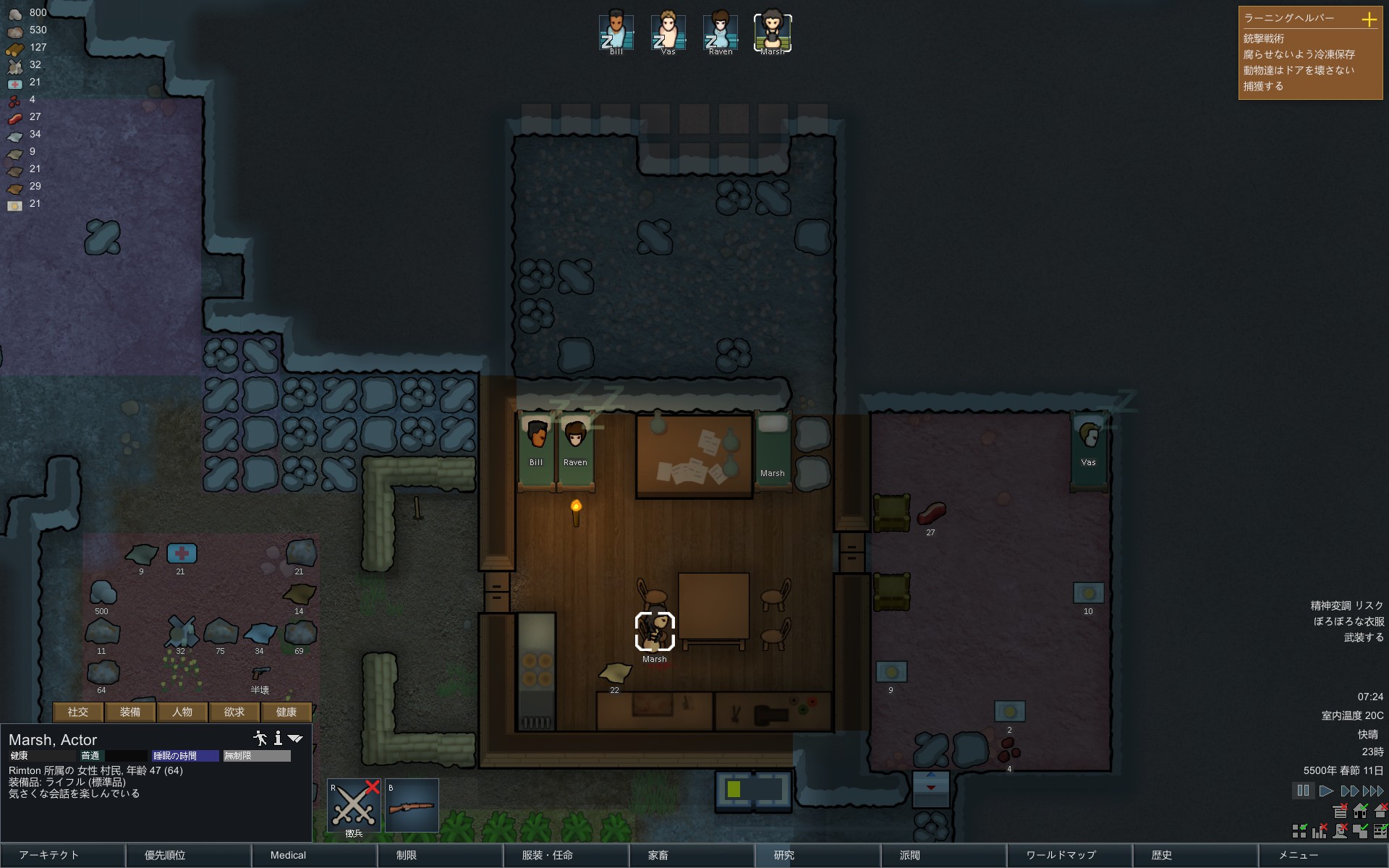 Ford goes on to write…

“The parallels for Lo’s RimWorld article are perhaps all too obvious. She’s a female writer who published a critique of a game’s portrayals of women on a gaming site, and the male designer of that game responded by attacking her and accusing her of malicious motives. Not unlike GamerGate, Sylvester took umbrage over Lo’s journalistic ethics, which were neither relevant nor in doubt, to avoid a more considerate discussion of the concerns she raised.”

According to the article, Lo was already predisposed on how she wanted to depict Tynan Sylvester to the rest of the gaming world, with Ford writing…

“The fact that Sylvester had given Brietbart an interview “set off warning bells in my head,” she said. Lo also found evidence that he was sympathetic to a designer whose game depicting the Black Lives Matter movement as a terrorist organization was banned from Google’s platforms.”

In this regard, Sylvester was already being categorized and thought-policed based on who he was interviewed by and for expressing sympathetic tendencies toward someone on the receiving end of censorship. And just for reference, a lot of people are sympathetic towards art being censored even if they don’t support the art.

“I want to have my name out there, I want people to know who I am, because I think I’m doing good work and want people to read it. But how much is it a risk to my emotional and physical safety? Is it worth it to link my Twitter and my blog if it’s going to make me panicky and anxious for weeks?”

The reality is that the reason Lo is receiving blowback over the piece at Rock, Paper, Shotgun is because it painted the developer in the cross-hairs of wrongthink based on unfinished code.

But in today’s generation of anti-gaming sentiments and uneducated critiques of the medium, the Think Progress explains that Lo believes that games should be critiqued even when they’re unfinished and even when the code is still being worked on, writing…

“Lo believes that code should be just as fair game to critique as the visible aspects of a video game, and she’s been heartened to see other developers engage in conversations about how “unconscious bias feeds into the way you structure and design the things.”

And this is the difference between a “culture critic” and a gamer. A gamer is paying for a game based on how the code works on the front-end with the mechanics, a culture critic is only concerned with getting a rise out of people even when they’re breaking down aspects of a game’s design dishonestly. 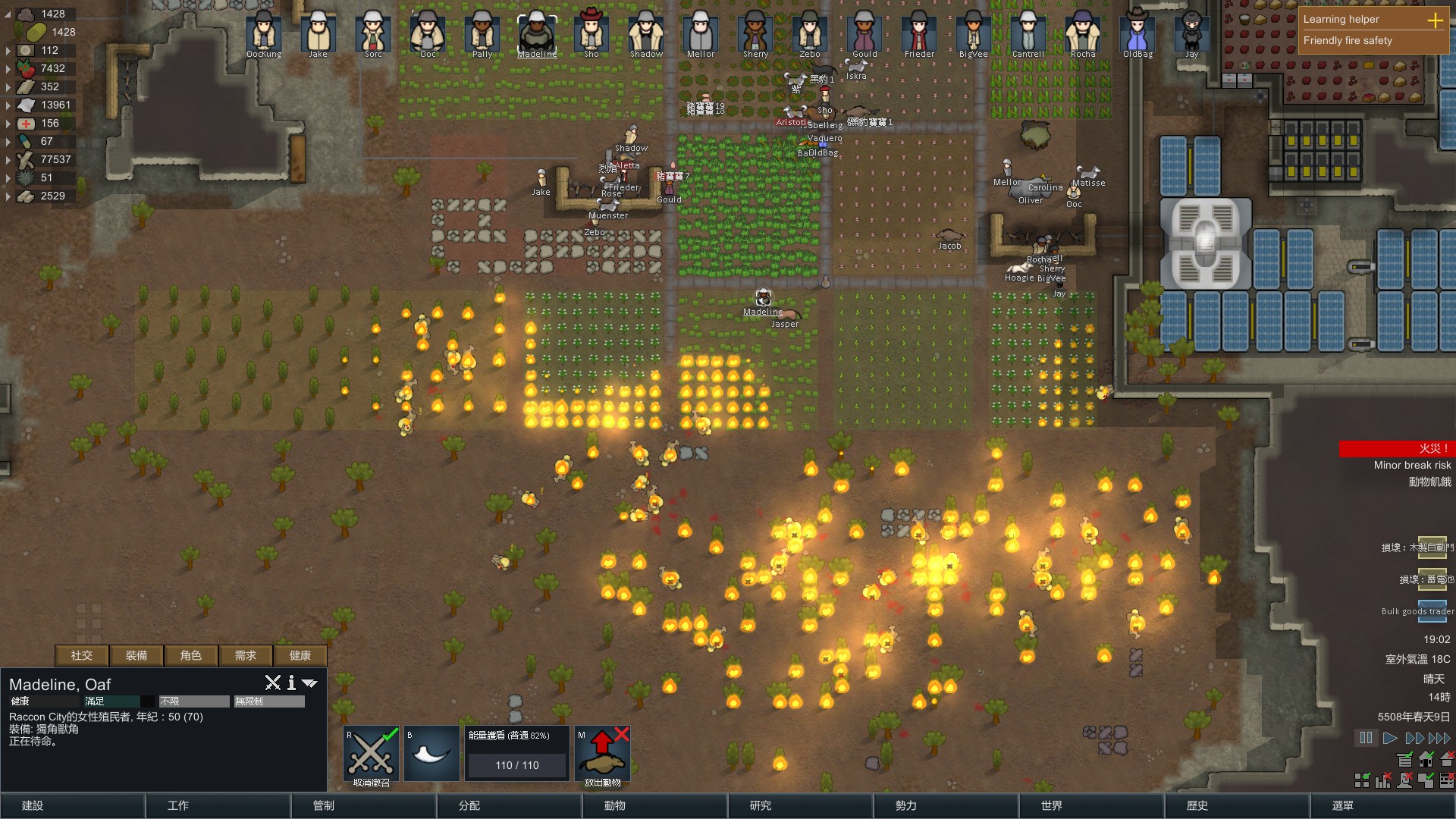 Despite Sylvester repeatedly mentioning in his responses, comments and on a Reddit thread that the game is still being refined and that dealing with human relationships in a simulation (which makes up for a very small part of RimWorld’s gameplay), Ford reiterates Lo’s criticisms about gender norms found in the code, writing…

“Sylvester’s game design reinforces the myth that it’s no burden on women to be subjected to this kind of treatment. The fact that it’s actually the male pawns who suffer from being rebuffed communicates to players that women somehow owe men something when they find those women attractive.”

Sylvester had explicitly explained that this was not the case in the game, writing in a Reddit post…

“RimWorld scarcely defines gender at all. In RimWorld, males and females are almost entirely identical, physically and behaviourally. They fight the same. They cook, build, craft, and clean the same. They have the same kind of emotional breakdowns in the same situations, and the same things affect their moods the same way. They spawn into the same roles of trader, pirate, drifter, ally, and enemy, with the same mixes of skills.

“The only asymmetry is in the probability of attempting romance interactions, but even there there are no “strict gender roles”. Women propose to men, and hit on them, and so on. Women do all the same behaviors as men. The only difference is that the game applies some probability factors to romance attempts based on the character doing the behavior. That’s it. Every character can still do everything behavior (except one case which is being fixed for next version). So it’s simply wrong to say there are “strict” gender roles in the game.”

Either Ford was unaware of the Reddit post or chose to ignore it in favor of perpetuating the narrative lie — a lie that is trying to say that Sylvester has willingly adopted sexist stereotypes. This criticism extends to bisexuality, since there was some code that didn’t allow for RimWorld’s males to be bisexual men, even though there are homosexuals in the game.

The romance behavior code in RimWorld was quickly and loosely based on research statistics that Sylvester pulled the data from, and even though ThinkProgress interviewed a bi-activist who admitted that the stats favor Sylvester’s position, they still argued that the game’s stance supports an “erasure” of the bi-men community. 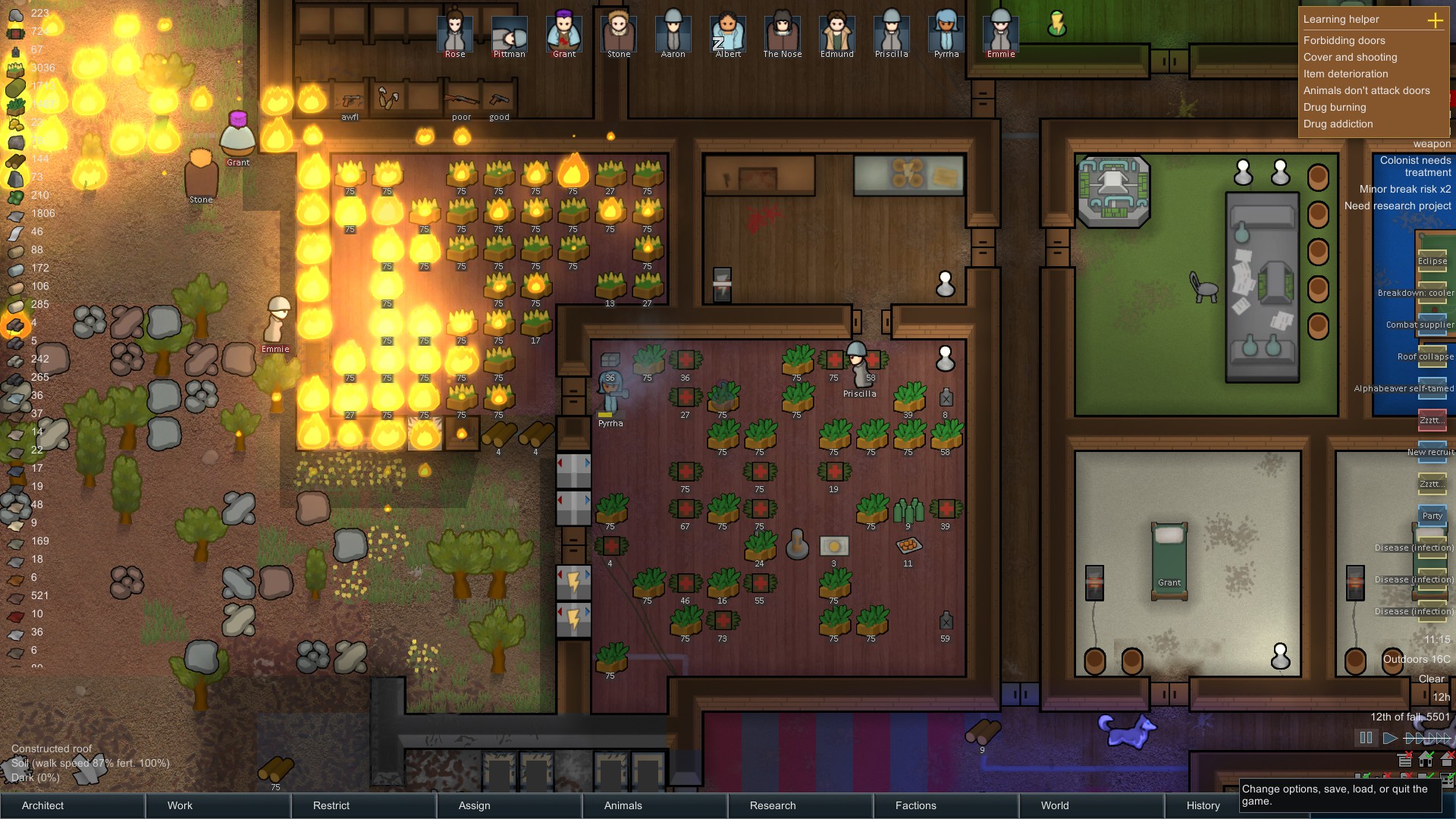 The ridiculous part is that Sylvester already said that he would add bi-men to the game, but they still attacked him for not believing more in bi-men…

“Sylvester may be adding bi men to the game, but Cruz isn’t convinced the designer actually believes they exist in the real world”

They even attacked Sylvester for having too many bisexual women in the game, with Ford quoting the activist who stated…

“This sexualization contributes to the disproportionate amount of violence against bisexual women,” […] “For bisexual men, we’re close to nonexistent because we do not appease a straight male gaze. This is evident in the coding of RimWorld.”

If you’re still reading the drivel from the SJW crowd, let me make this perfectly clear to you if you’re a developer.

You Cannot Win By Trying To Appease The SJW Critics!

Ford even has the gall to place the blame of “ethics” on the developer and gaming community who had issues with Lo’s piece, writing…

“For that reason, the way Sylvester reacted suggests that there may actually be a journalistic ethics issue in the gaming community, but not in regards to what reviewers might write, but how developers and players interact with that commentary.”

These kind of stubborn, bullheaded harangues aimed at the gaming medium from “culture critics”  who don’t know anything about games except how to encourage rage-bait and further the outrage culture will continue to be met with resistance from people who simply have common sense and seek out honest information about video games.

We don’t need developers and their products publicly shamed because a piece of code no one will ever care about isn’t politically correct, and it doesn’t serve the gaming community in any positive or constructive way at all.

In this case, Ford wraps up his piece with yet another lie, stating…

“[Lo] hopes that designers like Sylvester can learn to take constructive feedback […] her goal wasn’t to ruin the game or destroy Sylvester’s reputation. She wanted to make it better, in part so that it can be more accessible to more players, and also so that other designers can similarly be more thoughtful about their games as well.”

Misrepresenting the developer’s work-in-progress game based on a feature he had already mentioned that he was going to fix is not constructive feedback. Forming a witch-hunt to go after a developer based on an unfinished and minuscule part of a much larger game explains the disconnect between games journalists and gamers.

Gamers are concerned with how well the features work, not whether or not the underlying code is politically correct.