Once you beat the single-player campaign in GTA V there isn’t a whole lot to go back to. The game has some mini-games but it feels a lot smaller than GTA: San Andreas, and even in some ways a little less engaged than GTA IV. Well, modders haven’t given up on the single-player portion of Rockstar Games’ open-world crime drama. They’ve successfully extended the game’s play-factors by throwing in new mods that allow you to hunt animals or participate in gang warfare.

The first mod up is from modder jedijosh920. This guy has been pumping out some of the best script mods for GTA V since the Russian hackers managed to break Rockstar Games’ encryption cherry and ravage GTA V’s modding hole like the data dumpster that it is.

His latest contribution to the modding scene includes a mod that hearkens back to the gang warfare meta-game from GTA: San Andreas, where players could team up with homies, battle it out against rival gangs, and fight to control various territories in the hood. You can see a tightly edited trailer that he put together on YouTube showing off the mod’s functionality and features.

Players can choose to join one of three gangs, including the Families, Ballas or Vagos. If you’re packing heat then rival gangs will automatically draw on you while you’re out and about. If you manage to kill three or more gang members within five seconds, a gang warfare will break out.

Much like Saints Row where you could recruit and bring more gang members into your fold, you can do the same with the GangMod from jedijosh920 GTA V, having your homies follow you around or hop into a car with you. You can ride around and reenact scenes from 1990 ghetto gangster films like Boys ‘n da Hood and Menace 2 Society.

The mod also supports random drive-bys, procedural events that happen throughout Los Santas involving the three gangs, and the ability to recruit up to seven gang members at a time. You can download the script mod right now from over on the GTA5-Mods page. 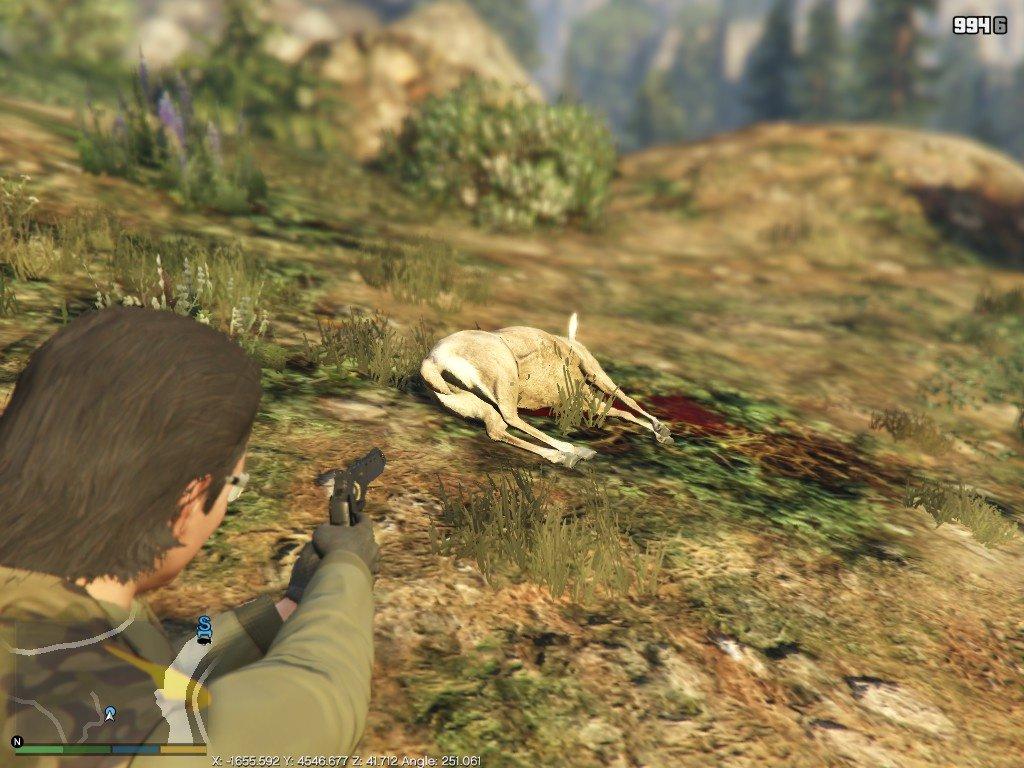 If being a petty thug and turning Los Santos into a makeshift version of the Brazilian favelas isn’t your sort of thing, there’s a more American-themed mod for you called the Hunting Mod.

This Texas-approved mod sees players being able to take on brand new hunting missions across the great wilds of the Los Santos mountain regions, being able to play as either Michael, Franklin or Trevor. Modder Manu97 explains how it works, writing…

“This mod adds a new way of hunting, that can be accessed by all of three characters, with different missions and hunt.

“You will earn some money, how many will depends by the type of hunt.“

If you want to try out the new hunting missions in GTA V, you can download the new Hunting Mod from over on the GTA5-Mods.com download page.