The PizzaGate conspiracy continues to inch forward with new tidbits of information here and there being unearthed by citizen journalists. They’ve tied various odd deaths to the conspiracy, as well as pulled up lots of linking information to certain running thoughts about the potentiality of high profile individuals in Washington running underground pedophilia rings. This includes 2011 tweets from the deceased Andrew Breitbart who implicated John Podesta in the pedophilia rings well before the Wikileaks e-mails surfaced and well before the PizzaGate hashtag became censored on Twitter and banned from Reddit.

Well, joining in on the snuffing out of news and information is Wikipedia. One of the most prominent editors from the #GamerGate page on Wikipedia has quickly stepped into the PizzaGate article on the encyclopedia to claim that PizzaGate is “debunked”, “false” and spread on “fake news” sites.

PizzaGate doesn’t have its own full article yet, but is listed as a disambiguation under the PizzaGate label with the following line…

Ironically enough, this biased and non-neutral blurb is followed by a nice big banner asking for donations to “protect [Wikipedia’s] independence.”

The blurb links to the Comet Ping Pong Wikipedia page where PizzaGate gets a small mention at the bottom, stating…

“In early November 2016, several fake news websites and online forums falsely implicated the restaurant and various Democratic Party figures as part of a child trafficking ring, which was dubbed “pizzagate” in some circles. This story was debunked by fact-checking website snopes.com, as well as by media outlets like The New York Times. The restaurant’s owners and staff were harassed, threatened on social media websites, and given negative Yelp reviews”

In actuality, Snopes is wrong about several of the points they make in their article. The images did not come from Facebook but are from the Instagram of James Alefantis. Snopes wrote…

This is incorrect. The images are from Instagram. You can literally view them on the sli image album page. Some of the images that people took offense to were from James Alefantis. 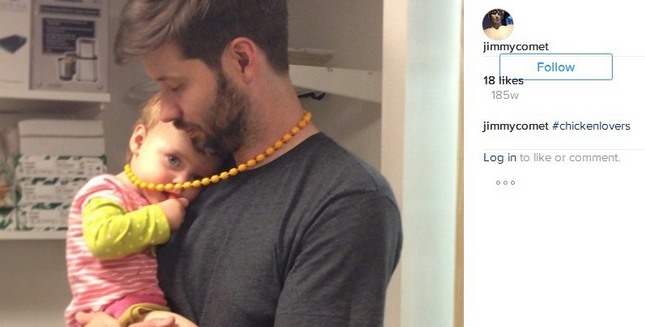 Despite being updated on December 2nd, 2016, the Snopes article doesn’t mention the Breitbart tweets, nor does it mention mysterious deaths like that of an activist against sex trafficking, Monica Petersen (they give her a second article where they quickly brush away the topic), who was reportedly investigating pedophilia rings and sex trafficking in connection to the Clinton Foundation. Instead, Snopes relies on articles like The Washington City Paper, Vice and New York Times to orchestrate the narrative of “debunking” PizzaGate.

Recently mainstream media have been calling anyone reporting on PizzaGate a “fake news site” if the site doesn’t label PizzaGate as “debunked” or “fake” or “false”.

Wikipedia editor NorthBySouthBaranof, a former regular editor on the #GamerGate article and one of individuals constantly pushing it as a “harassment campaign” (which ended up getting him topic banned), has been shutting down any attempts to keep the PizzaGate blurbs neutral.

“Reliable sources unanimously describe the claims as false conspiracy theories which defame living people. Wikipedia content is not “free press,” our content is based upon what is verifiable from published reliable sources. In addition, our policy on living people requires that we treat poorly-sourced negative claims about living people with harsh skepticism. The bottom line is that for this issue to be mentioned in the encyclopedia at all requires that we declare it to be false.”

The main argument on the talk page of PizzaGate is that other editors want a more neutral tone, explaining it as a conspiracy but also citing the available information – including mainstream media sources who claim that it’s “false” and “debunked”.

One of the more neutral editors pointed out the politically biased slant certain other editors were taking in portraying PizzaGate, writing…

“No evidence to prove [PizzaGate is] false either. I agree with the first poster that “conspiracy theory” should suffice. All the sources you shared has no definitive evidence to show it’s false (Wikipedia’s standard does not back this assertion)”

It’s true that the sources completely skip over a lot of information in order to only focus on cherry-picked examples to claim it’s false. They misrepresent the issue by claiming things that no one has stated, for example saying that Hillary Clinton is running a pedophile ring, which is what was stated in a Buzzfeed article in order to “debunk” PizzaGate.

Recently, the BBC went so far as to claim that PizzaGate is propagated by nothing but Alt-Right Trump fanatics and is part of a “fake news” agenda. They talked to Alefantis to “debunk” some of the conspiracies, where they stated…

“They ignore basic truths,” Alefantis tells BBC Trending. For instance, the conspiracy supposedly is run out of the restaurant’s basement. “We don’t even have a basement.”

Except where did the conspiracy come from that it was run out of their basement? The BBC doesn’t say, neither does Alefantis. But PizzaGate users on Voat pointed out that Alefantis was dishonoest to the BBC given that he told Metro Weekly in a April 16th, 2015 interview…

“[…] a lot of restaurants will open a can and put it on. Like our sauce — we harvest a whole crop of organic tomatoes — 10 tons of tomatoes every year. Can them all, store them in the basement, have like a harvest party when it gets loaded in.”

So do they have a basement or not?

The blog Aceloewgold actually raised some salient questions about the mainstream media’s reporting on PizzaGate, and even pointed out that no actual fact checking seems to have been done, writing…

“So we’re left with several “fact check” type articles that do very little fact checking, all referencing each other as evidence that the claims have been debunked.”

Wikipedia uses this – what is oftentimes referred to as citogenesis – to further the narrative that PizzaGate is debunked.

Wikipedia editor Ian Thompson refuses to even address any information beyond the topic of “lizard people” and “white supremacists” in relation to PizzaGate, writing on December 3rd, 2016…

It’s a fact that Pizzagate was made up by a co-writer of a dude who thinks lizard people are real, based on a white supremacist tweet and a couple of posts from forums known for making shit up. No sane, thinking adult with at least minimal critical reasoning skills could possibly think that anything reasonable could come from such a combination.

Washington City Paper, New York Times and Snopes all take a politically leaning perspective to the topic instead of examining the data independent from political bias.

“Why […] did Podesta have a handkerchief with a “pizza-related” map on it? And why did Podesta get so many emails about eating pizza?

“The answer to any reasonable person would be that Podesta eats pizza sometimes. Indeed, [James] Alefantis says, “pizza’s always a big thing in politics.”

It neither debunks the conspiracy nor answers the question about why John Podesta had a map of pizza on a handkerchief, and why was the map so important that he couldn’t use the GPS on his cell phone to locate the pizzeria? Questions like this aren’t asked, examined or investigated at all. None of the mainstream media websites address these issues.

Wikipedia editors with stark political biases have blindly followed behind the mainstream media’s line of thought, attempting to bury PizzaGate and prevent the general public from finding out more. Google has also done a fine job of ensuring that anyone searching up the topic will come across plenty of pages consisting of “debunked”, “false”, “fake” and “alt-right”.

What’s frightening is that this time around it’s not just about video games or ethics in journalism, but about the potential well being of underage kids being used in alleged sex trafficking. As mentioned in previous articles, many concerned parents want a full and thorough investigation to take place because if this turns out to be more than just a conspiracy theory, the mainstream media, Wikipedia and social media networks will have played a part in covering up unspeakable crimes.

You can learn more about PizzaGate by visiting the PizzaGate hub on Voat.