With Warner Bros., and DC Entertainment looking to roll out the the Wonder Woman movie this year, there’s a lot of fanfare building around the iconic heroine, giving people plenty of time to catch up on her history and get acquainted with her legacy. One modder figured some people could best understand the Greek goddess by slapping her outfit on Lisa from Dead or Alive 5: Last Round on PC, and giving gamers plenty of opportunities to exam and research the mod that gives her a bubble butt.

Brazilian modder Segadordelinks posted up the mod for Lisa, which clocks in at only 4.9MB. You can grab it on the right side of the page over on DeviantArt to download it.

The mod is based on the H-Lod body mod total conversion for Dead or Alive 5: Last Round, which gave each of the girls a very hefty physics-based overall, along with some of their curves. You can see what the mod is like in action with the video below from YouTuber GameplayGuy.

The mod sees Lisa decked out in Wonder Woman’s gear, featuring silver bracelets, a tiara, a single silver arm band on her left arm, and the plated winged bustier resting atop the red halter and blue leotard.

It would have seemed like this modded outfit would have been a better outfit for Momiji or Nyotengu, but beggers can’t be choosers. 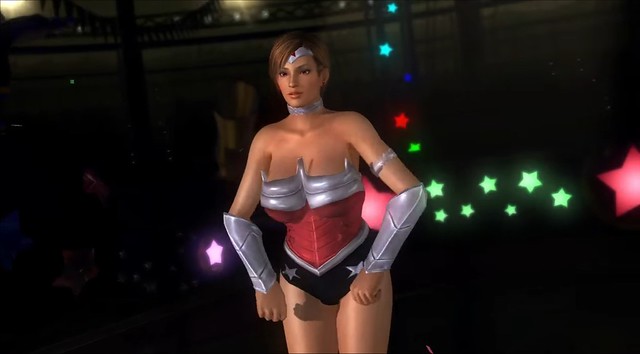 The major change to the outfit is how the leotard in the back arches up Lisa’s backside, showing way more skin (and her bubble butt) than the typical Wonder Woman getup, hence the title of the article.

You can grab the mod right now if you’re inclined to add the Wonder Woman outfit to your version of Dead or Alive 5: Last Round on PC. The game is also available on home consoles as well, including PS3, PS4, Xbox 360 and Xbox One. Of course, the consoles don’t get the benefit of mods.