Right now there’s no way to mod Dead or Alive Xtreme 3 on the PlayStation Vita or PlayStation 4. However, it is possible to take the assets from the games and utilize them in Dead or Alive 5: Last Round on PC. Well, that’s exactly what some enterprising young modders managed to do for Mai Shiranui and other characters on the DOA5: LR roster.

Modder NewMember2016 has been pumping out a wide range of diverse and creatively exotic mods for Dead or Alive 5: Last Round on PC. Recently a collection of black lingerie was made available for all of the girls, including Mai Shiranui. You can download the black lingerie collection from over on DeviantArt.

Youtuber Emilia the Sage got really sagacious by giving gamers exactly what they wanted: a demonstration of Mai pole dancing on Zack’s island from Dead or Alive Xtreme 3 in the new lingerie mod. You can check out the video below featuring Wham’s “Never Gonna Love Again”. It’s obviously not safe for work.

The reason the physics are a bit off is because Dead or Alive Xtreme 3 utilizes the latest iteration of the Soft Engine that Team Ninja developed to mimic soft body deformation for the girls’ bodies, giving them more supple bounce and jiggle for their thighs, boobs and butt. Dead or Alive 5: Last Round still utilizes the old PS3 Soft Engine, which isn’t quite up to par.

However, maybe with time and a bit of reverse engineering, we might see the modding community bring the PC version of Last Round up to the standards of the PS4 version of Dead or Alive Xtreme 3.

You can however swap stages and motion files between games using the Autolink mod tool. You can download the Autolink tool from the 3DM Game forums.

This adds an all new flavor to the game for the PC version of Koei Tecmo’s fighting series.

If you need help using it to add new outfits, character motions or stages from the other games to Dead or Alive 5: Last Round on PC, there’s a tutorial on the Zetaboards explaining how you utilize Autolink and how to import the files. You can download the Dead or Alive Xtreme 3 pole dancing routines from Mediafire.com. 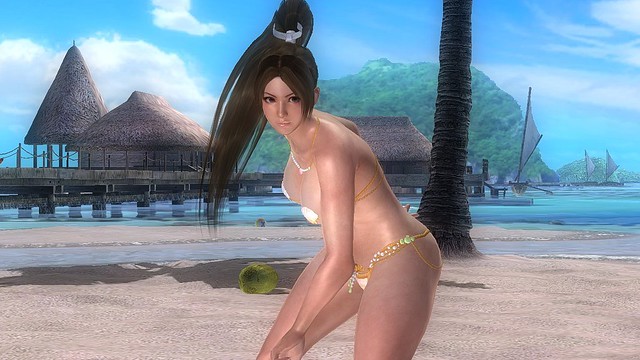 Additionally, there are a variety of extreme bikini mods for Mai Shiranui to wear in Dead or Alive 5: Last Round.

Modder NewMember2016 has a complete DeviantArt collection featuring a fashion line of swimsuits for Mai to wear.

While Koei Tecmo may have feared bringing Dead or Alive Xtreme 3 to the West due to SJWs, modders don’t fear the screeching sounds of protests and triggerings from social media harpies. You can deck out your version of Dead or Alive 5: Last Round on PC right now with all of the new Dead or Alive Xtreme 3 mods, or you can pick up a digital copy of the game from over on the Steam store.