A list of the most viewed games of 2016 seems to prove that gamers really did hate 2016’s offerings. The list was put together by githyp, who also recently did another statistical breakdown of games people played most on Steam in 2016.

The list from githyp focuses on Twitch streams and the games people watched streamers play on them. Unsurprisingly, Overwatch was a popular 2016 title amongst the herd… but not quite as popular as the media might lead you to believe. In reality the peak players and the most viewed games actually fit in line with the other charts detailing 2016’s stats: a lot of games not released in 2016 achieved the peak amount of views and the peak amount of viewers.

The tally relates to average viewers per hour. The only two titles from 2016 that made the top 10 list were Overwatch and FIFA 17. The rest of the titles were games from 2015 and farther back. In fact, there was only a 6,000 average viewer difference between Overwatch and World of Warcraft between fifth and sixth place on the chart. Number seven on the list was Call of Duty: Black Ops 3. That’s right, 2015’s Black Ops 3 actually made the top 10 chart.

Minecraft took ninth spot and H1Z1 took 10 and 13 due to the vanilla version of the game and the King of the Kill expansion pack being counted separate.

To really give you a scope of how badly 2016 made impressions on gamers, Call of Duty: Infinite Warfare made the 19th spot on the most watched games of 2016 list. Call of Duty: Modern Warfare Remastered was in the 21st spot, just two spots removed from the 2016 outing.

Battlefield 1 managed to take the 15th spot, but it ranked a lot higher in terms of peak viewers, hitting the fourth spot in peak viewer count of 2016 thanks to the promo event EA held in May. However, all of the major shooter games released in 2016 were beat out in average views per hour by Counter-Strike: Global Offensive. In fact, what’s worse yet is that 2001’s Runescape managed to capture the 14th spot, beating out Battlefield 1, Call of Duty: Infinite Warfare and Tom Clancy’s The Division.

If you rearrange the list by total accumulated views, the list mostly stays the same, with the exception that the Call of Duty games released in 2016 ended up getting bumped out of the top 20 list. 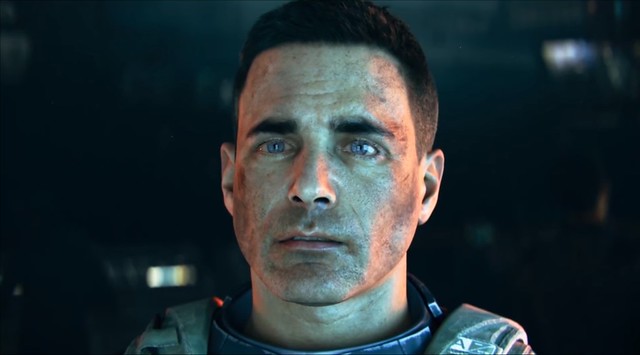 There’s this pervading theme throughout the statistical, analytical, market and sales data coverage of video games over the past year: gamers really hated games in 2016.

The telltale signs popped up with the U.K., showing a massive 13.4% drop in retail revenue from 2015 to 2016 in year-over-year sales. Many of the other top-selling games in the U.K., in 2016 were also from 2015. This was headlined by the fact that Call of Duty: Infinite Warfare‘s sales were down 50% compared to the far superior and more content-rich offerings of Call of Duty: Black Ops 3.

We then saw the first annual community Steam Awards pop up, with many of the titles preceding 2015 taking away the nod from actual gamers. Only two games from 2016 came away with community awards: Dark Souls III and DOOM.

The top 100 best sellers of 2016 saw a majority of games from 2015 and prior making the top list. Although, the top sellers did show better signs of appreciation from the community over the other stats, given that six of the top 12 best selling games of 2016 were actually released in 2016. However, the number of 2016 releases dwindled vastly further into the list, with only nine out of the 28 other top selling games actually having been released in 2016. The further into the top 100, the fewer the appearance of 2016 titles.

That sentiment was further exacerbated by the fact that despite some of those games selling quite well in order to make the top 10 ranks, few of those games were actually played consistently by gamers. In fact only one game from 2016 made the top 15 list of the most played games in 2016 and that game was Paladins. No game released in 2016 made the top 5 or even the top 10 list for the most played of the year.

Now before you assume that all the games that people played were just multiplayer titles, keep in mind that Football Manager 2016 was ranked no. 7 on the top 100 list, and Sid Meier’s Civilization V ranked no. 5 on the list, with Skyrim, Garry’s Mod and GTA V also making the top 10. So it wasn’t all just multiplayer-only games filling out the most played games list of 2016. It was basically games that people thought were actually fun.