A few images from the cinematics for the upcoming Call of Duty: WW2 were revealed. The images reveal some possible main characters for the title, as well as a few of the weapons that players will undoubtedly be able to use.

Gamespot spotted the images from a Reddit post where the images were dumped before they were culled from the main website for the game. Apparently pesky purveyors went through the code and found the images ahead of the big reveal that will take place through the website on April 26th next week via a livestream.

There only three images and you’ll glean less information from them than you would honesty from a mainstream media report about the agitprop wage gap. You can check out the images below. 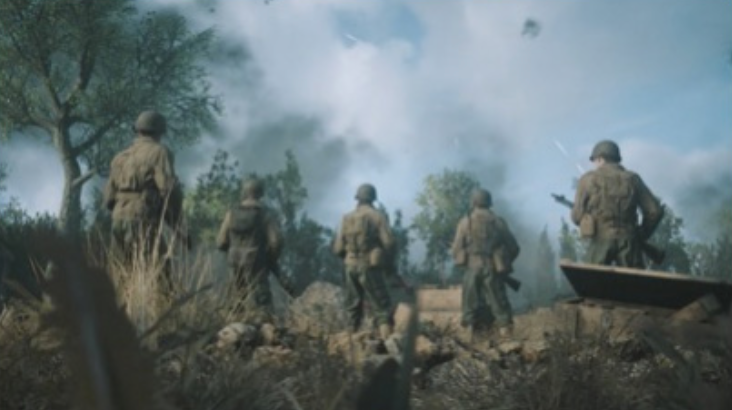 As you can see, the first image is just a band of brothers standing on what looks like a dugout while smoke bellows in the distance. AA fire can be briefly seen in the distance along with cannon flak dispersing in the air. Ammo crates laid open and used can be seen in the foreground, while foliage and forested areas drape the background. 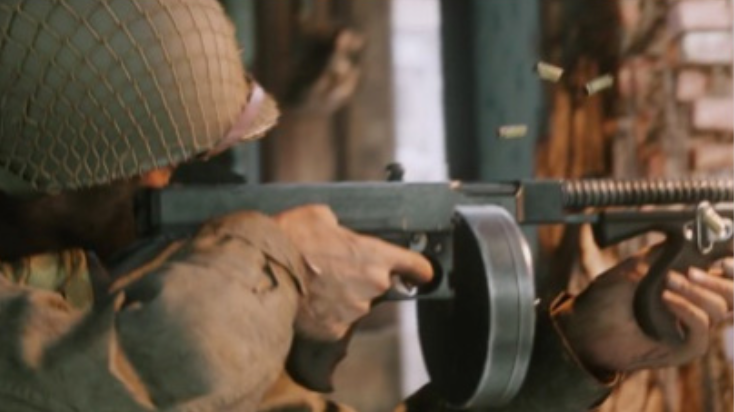 The next shot is a character during a cinematic squeezing off rounds on the M1 Thompson SMG with a barrel-fed ammo drum. The expended shells eject from the side like normies gave up on Marvel’s SJW-laden, propaganda-filled comic books throughout 2016. 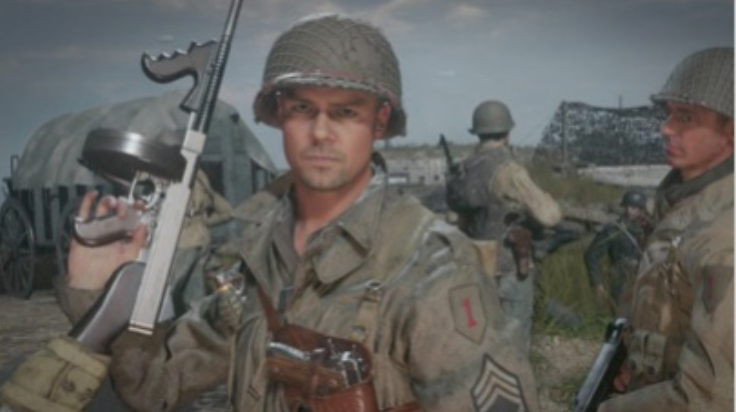 The last and final picture seems to point toward some of the main cast members of the game. A square-jawed marine starring right into the camera while a shifty-eyed dastard lingers off to the side like one of those guys who trails off-camera in those public bodypainting videos and uses his cell phone to take a sneak-photo of the chick without pants on.

Anyway, the images don’t reveal anything about the game other than that it’s set during World War II.

Now you know what would be a real mind-funk? If the World War II setting was actually just a simulation, and Sledgehammer pulled an Assassin’s Creed on everybody. That would be hilarious.

We’ll find out exactly what they have in store when the full game is revealed on April 26th.