Nielsen Media’s latest U.S. Games 360 Report for 2017 sheds a lot of light on the current state of the gaming industry.

One stat that stood out is in regards to the electronic sports industry and the gender demographics for fan viewership. Who is watching and participating in e-sports? Well, according to Nielsen, 77% of the fans of e-sports in America are males, 61% of which are millenials aged between 18 and 34. 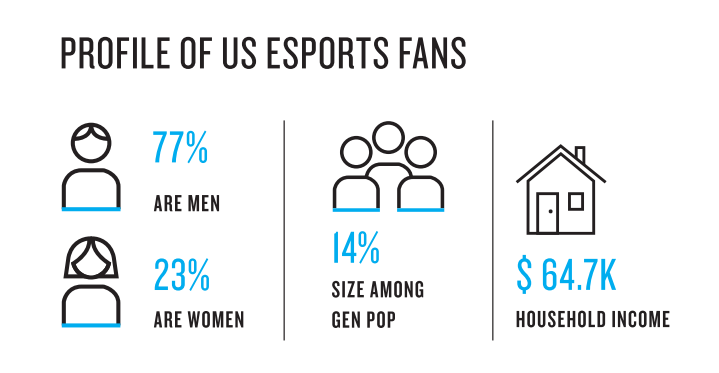 Unsurprisingly enough, only 23% of the fans of e-sports are females.

This fits in line also with the people who play some of the most popular e-sports titles out there.

As reported by Just For Crits, a large portion of the demographic for highly popular games like Dota 2 and League of Legends skews highly male, so much so that the last known public stats showed Dota 2 at 96% of its playerbase being male while League of Legends was 90% of its playerbase being male. For StarCraft 2, some of the older survey data from 2014 posted on Team Liquid revealed that between 90% and 94% of viewership were males.

It’s interesting because this means there are actually more female e-sports fans than there are female players for some of these games. It also seems like female viewership may have increased between 2014 and 2017.

The Nielsen study also revealed that 17% of gamers now watch ESPN for their e-sports coverage, which includes the championships for Dota 2, League of Legends and Heroes of the Storm.

The stats are absolutely fascinating because it gives you an idea of who is watching what and by what percentage.

It would have been even more helpful to find out how the gender demographics break down for each of the top e-sports titles, and list out the percentages of which gender is watching what. For instance, is viewership similar to the playerbase demographics or is it more varied? And is there a particular reason why females watch more e-sports than participate in them?