Mic writer Alex Borkowski recently published a tirade against #GamerGate. The article was recently published on May 17th, 2017, featuring an angry screed against those who use the Reddit forum Kotaku in Action, as well as a vehement defense of BioWare and Mass Effect: Andromeda.

The article claims that Kotaku In Action is used in conjunction with #GamerGate as a harassment campaign against minorities – a claim that links to an article from August 20th, 2014 from the DailyDot, which has allegations that been thoroughly debunked by sources like a peer reviewed report from WAM!, and of course, the FBI.

Borkowski picks apart statements on Kotaku In Action aimed at criticizing Manveer Heir, the former game designer who worked at BioWare on Mass Effect: Andromeda. He made highly inflammatory comments on his Twitter feed against whites, but Borkowski claims he was simply fighting for a seat at a table long dominated by whites, writing…

“Kotaku in Action often tries to expose [Manveer] Heir as an anti-white “racist,” but this isn’t the case. Heir likes to call out white people — specifically white men — for constantly co-opting conversations about race, and he’s tweeting from a position of having to fight for a seat at a table that’s long been dominated by white viewpoints and white values.”

A few of the actual tweets that Heir posted can be read as follows.

I follow too many white dudes, so if you get culled, tough shit. Blame the dominance of your species/race/gender.

If Hollywood is going to whitewash stories with white actors playing non-white roles, those actors should only be credited as "Honkey Magoo"

White people, I am not here to make you feel comfortable or okay with yourself or the white supremacy you benefit from.

A white person being called 'racist' is the closest they'll ever get to being called 'nigger'. It upsets them so much. #stillnotclosethough

Borkowski claims that #GamerGaters started a petition to get Manveer Heir fired from BioWare. However, the person who started the original Change.org petition is a Matt Raison. He makes no comment of being affiliated with #GamerGate. Raison does link to articles about Heir on Heat Street, YouTube and Kotaku in Action — the latter of which had some people protesting against getting Heir fired.

Moreover, the actual petition gained steam from a poster named JohnDonMiller on the /r/The_Donald sub-Reddit linking to the site North Crane. JohnDonMiller is a frequent poster to The_Donald but his profile reveals that he doesn’t appear to have any history with Kotaku In Action.

North Crane, however, linked the momentum behind the petition to users on 4chan, who had grouped together to boycott Mass Effect: Andromeda over Heir’s constant attacks on white people. 4chan, as you know, banned discussion of #GamerGate.

The Mic article also takes aim at complaints people had about the unattractive females in Mass Effect: Andromeda, writing…

“Another oft-repeated conspiracy theory about Mass Effect: Andromeda on message boards focuses on the “ugly” models for female characters, which supposedly serves as evidence that the game was designed to promote a feminist agenda. Some, like this GameFAQs thread, are (hopefully) intended as a joke. Others, like this one on IGN’s message boards, don’t seem like they’re meant to be funny or ironic at all.”

To be fair, it’s not just GameFaqs, IGN, or some #GamerGate conspiracy theory about the females being unattractive… it’s a lot of people who seem to think that. Over the last 30 days the tenth most viewed article on this site is how to make your female Ryder more attractive in Mass Effect: Andromeda. 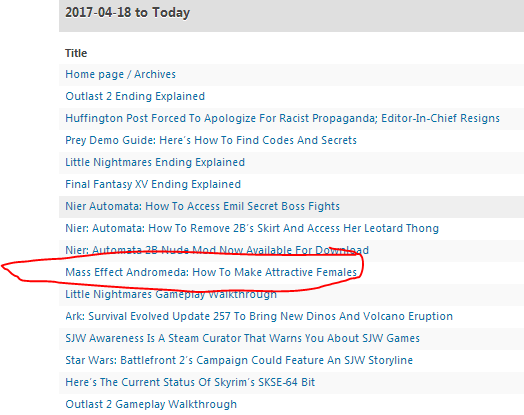 The article even received a few plugs from forums and discussion threads where people were disgruntled and frustrated with not being able to make attractive characters.

Vee also did a video based on a Sun article where they reported that BioWare was accused of making the female characters ugly on purpose.

Given that the Frostbite uses 4D performance capture, it definitely makes it hard to believe that all the male scans were 1:1 but the female scans came out distorted and with overtly masculine features not present from the real-life models they used for the scanning process.

As you can see in the example below, when DICE was doing facial capture for Battlefield 3 it’s all 1:1 for the Frostbite. If you want your character to look different than how the 3D scanner captures them in the studio, then you would have to manually edit the meshes after clean-up by using the modeler and ANT system following the rigging. It’s all detailed in a GDC presentation. 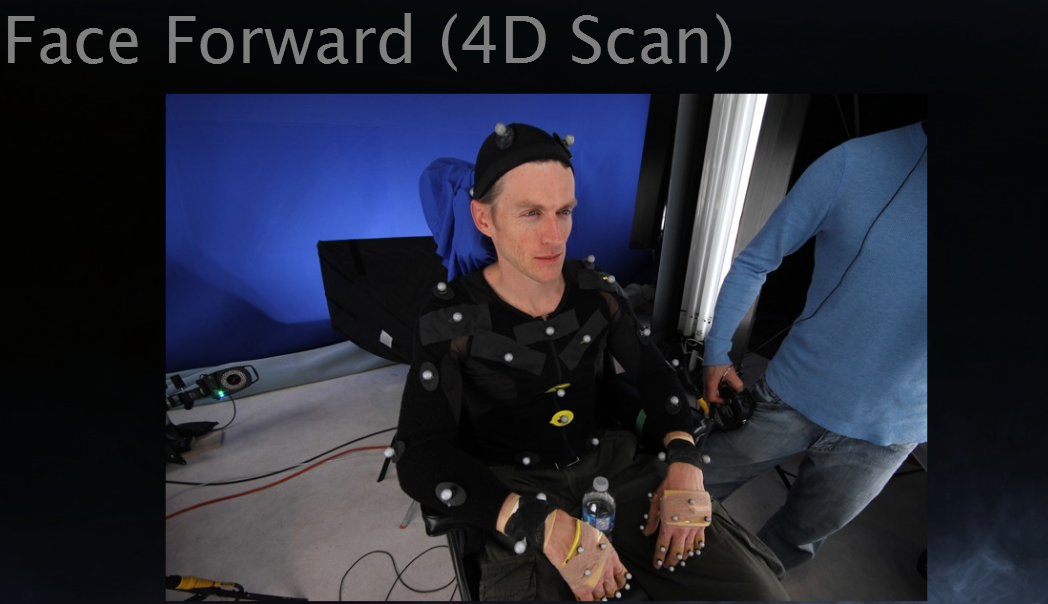 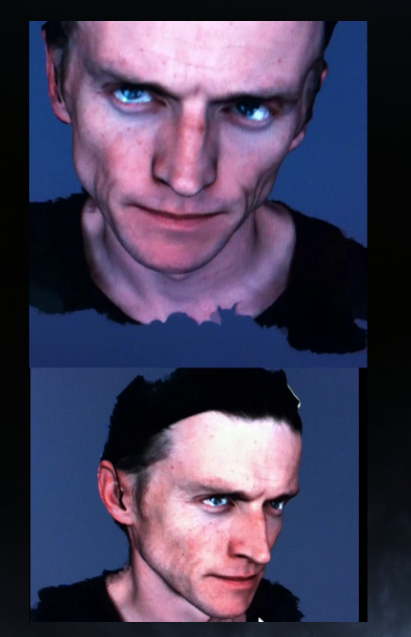 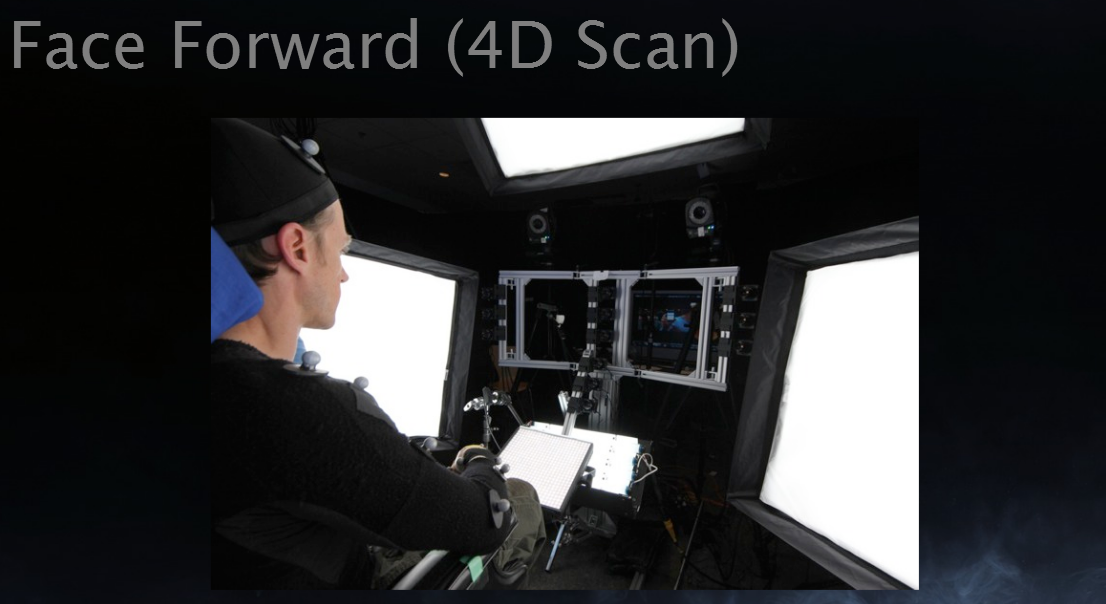 “Although these allegations are fake, they have real consequences.”

Whether or not BioWare purposefully made the female characters ugly may be up for debate, but there’s no doubt that they absolutely did tweak the female models after they were 3D scanned. There’s even an outline of the differences between the male scans and the female scans in this detailed breakdown of everything that was wrong within the first hour of Mass Effect: Andromeda.

Borkowski then moves on to another issue that seemed to be more contained within meta-discussions than any full blown public conspiracy, writing…

“In March, a female BioWare employee was accused of trading sexual favors for her job after being misidentified as the designer behind these animations and character models. It’s the same garbage they’ve used since the original attacks on developer Zo?? [sic] Quinn. These similar, untrue accusations are what launched the movement in 2014.”

There were criticisms about the employee at BioWare over her competency for doing a job that she didn’t seem qualified for based on her CV. The media, typically, turned it into a circus by virtue signaling the criticisms as harassment.

Even still, Borkowski links to the Daily Dot about the accusations regarding Quinn and Kotaku writer Nathan Grayson being “untrue”. The article is from August 29th, 2014, and it’s written by none other than Dennis Scimeca… a member of the GameJournoPros.

Also, the accusations of Grayson having given Quinn positive coverage are not “untrue”. Grayson covered Quinn on multiple occasions without disclosing his ties to Quinn, as outlined in Nathan Grayson’s DeepFreeze profile.

Borkowski then claims that all of these attacks are against diversity in gaming, and he writes…

Borkowski rounds out the piece by stating…

“[…] it’s time to confront hate in gaming culture and demand that developers fairly represent the people who play their games by maintaining a commitment to equality and diversity. Until we do, Gamergate and the hate it espouses clearly aren’t going away.”

Well yeah… I suppose #GamerGate probably won’t go away so long as the majority of consumers are being ignored so that companies can focus on low-quality virtue signaling by pandering content to a minority of players who don’t actually play or buy video games.