The second phase of beta testing for Nintendo’s upcoming ARMS has been underway this past weekend, and Nintendo introduced a number of new modes and features, along with a new playable character in the form of the highly popular Twintelle, the mocha-skinned celebrity who fights with her twin pigtails.

The addition of Twintelle didn’t change-up the fight all that much. She plays out very similar to the likes of Springman. She’s more of an average character with an average line-up of arm attachments to utilize. She’s not quite as agile as characters like Ninjara or Minmin, but she can definitely get around and pack a punch, utilizing a lot more mobility than characters like the Mummy. 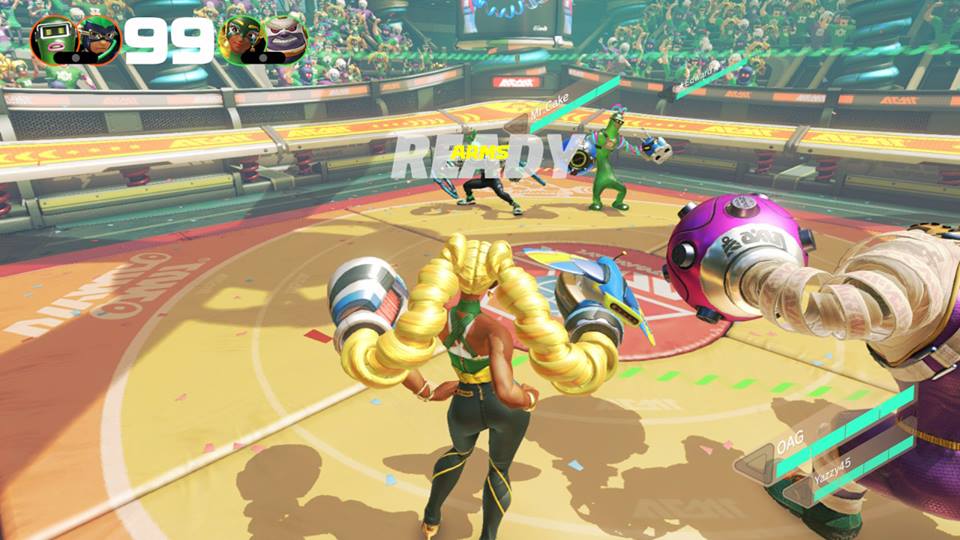 A lot of people were willing to give Twintelle a try to see how well they could play her in the game, whether it be in the fights or the other mini-games.

Speaking of the mini-games, we saw the introduction of several new game modes, including the addition of Skillshot, Hoops and Hedlok.

Skillshot was interesting because it’s basically a target practice mode. Teams of two will duke it out in order to rack up the most points before the time runs out. You gain points by breaking targets using your fists. Unfortunately you can’t aim up to reach targets in the air, but it forces you to have to act on the fly and jump up to break the targets above standing level. 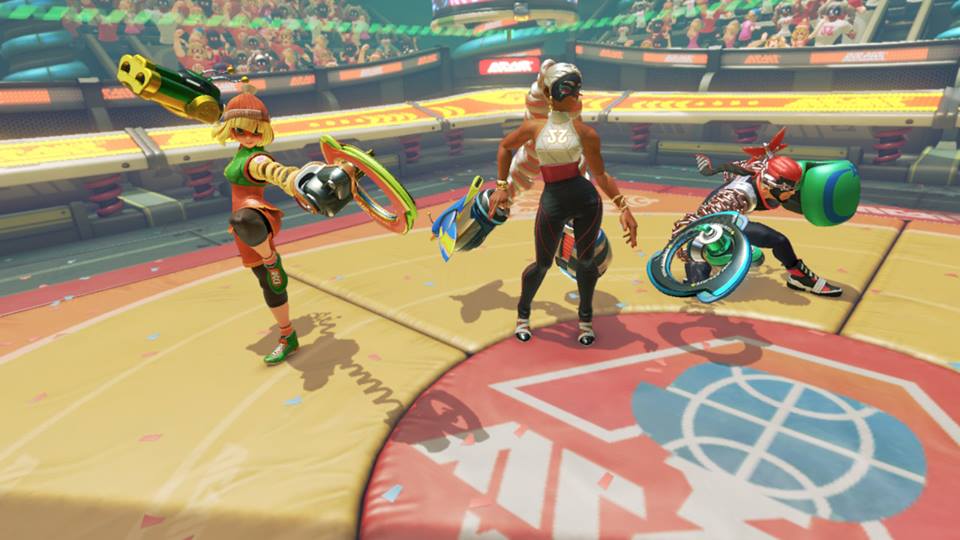 You can also score additional points by tagging your opponents with hits from across the arena. Throws will knock down your foes and add 30 points to the pot, while light tags will net you 10 additional points.

Skillshot was a lot more fun and tactical than I though it would be given that it seemed like it would have been kind of annoying or grating like V-Ball, where the fun was susceptible to the lack of lag during the match.

Hoops was also a lot more engaging than I though it would be. 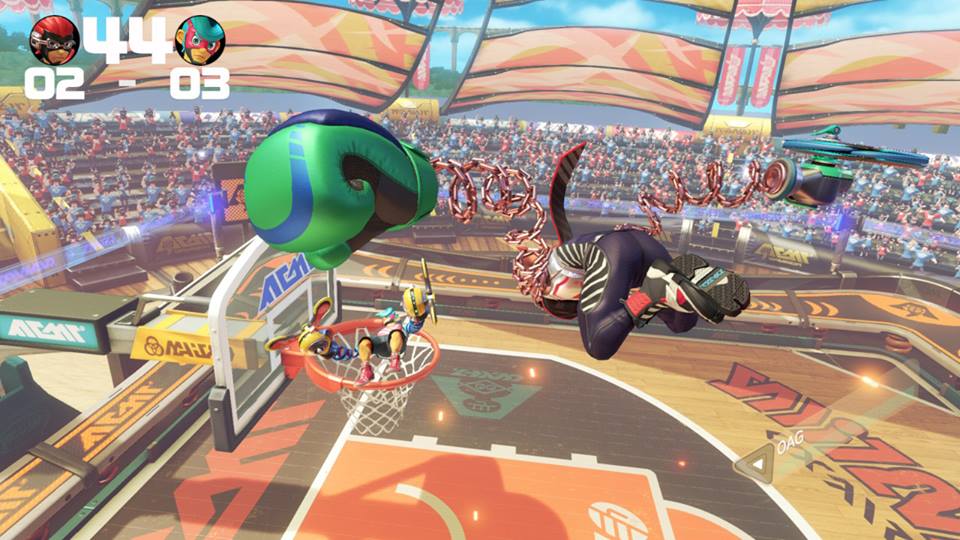 Players can only score by dunking their opponent into the hoop. In order to do so you have to grab your opponent using the grab buttons. Successful grabs within the key will net you two points, while grabs beyond the line will grant you three points.

You can also use your special to bop opponents onto the outer rim, which will force them to bounce up and into the net.

It’s not a highly skillful mode, and basically lag will come into play at times because if someone lags just a little and an opponent can pull off a grab move that the other person attempts to dodge but it doesn’t register, then it can cost you the game at the drop of a dime.

The third new mode that they added was the three-on-one cooperative mode against Hedlok, a boss character. 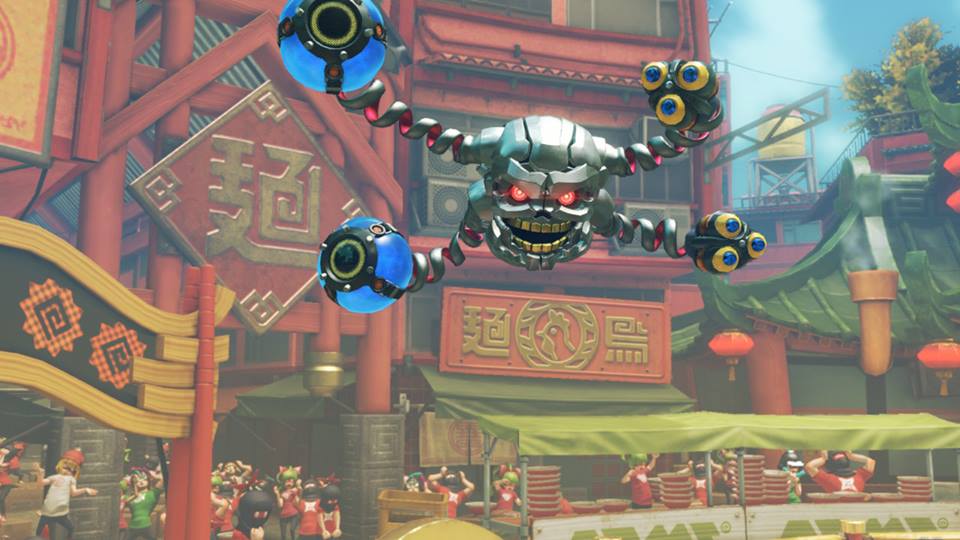 Hedlok will basically attach itself onto one of the characters on the roster and outfit its six arms with that character’s arm attachments.

I’m not sure what the scale is, but during the beta test the strongest Hedlok we faced off against was level 5.

The higher the level the more damage he takes, the more HP he has, and the more attacks he throws out.

It can be difficult fighting Hedlok because all of his arms protect him from almost every angle. So you really have to work together as a team to overcome him.

Typically counter-punching and picking your shots don’t really work all that well with Hedlok, so it’s best to just keep your distance and wail on him until he dies.

The second beta test really seemed to cement that ARMS could have a very strong and illustrious future if it’s cultivated well enough by Nintendo. Given the intimacy and skill ceiling of the fights, lag and matchmaking will most certainly be one of the bigger issues of the game. Hopefully that will all be ironed out when ARMS readies for release just after E3 on June 16th.