There’s an in-depth, post-mortem look into the development cycle of Mass Effect: Andromeda over on Kotaku. It’s a collection of thoughts, insight and tales of the nightmare process that BioWare Montreal and BioWare Edmonton went through to create the highly controversial game.

Ultimately, though, the developers sharing their knowledge about the project blame everyone but themselves for the shortcomings of Mass Effect: Andromeda.

The entire thing reads like a bunch of the people who talked to Kotaku from the BioWare studios were only willing to point fingers instead of taking responsibility for the fact that the game was too big for their britches.

Pre-production started in 2013 and it was troubled from the start, since they wanted to create a game that was essentially what RSI and CIG are aiming to do with Star Citizen.

Some of the developers from BioWare Montreal pointed fingers at BioWare Edmonton, claiming that the latter was trying to sabotage the former’s opportunity for success. Others who worked on the project blamed inter-office politics, they blamed lack of resources, and they blamed lack of staffing.

No one seemed to point out that BioWare Montreal was to blame for taking on an IP they just weren’t qualified to handle.

One of the developers blamed the Frostbite for not being adequate for what they wanted to achieve; BioWare Montreal wanted to make procedurally generated planets like No Man’s Sky for the exploration aspect of Mass Effect: Andromeda, but they readily admit their engineers just weren’t talented enough to pull off, as they were only able to get parts of the planet generation to work, and failed to accomplish what CIG was able to do with Star Citizen, or what Novaquark is doing with Dual Universe.

They claimed that the Frostbite couldn’t handle maps stretching 100 by 100 km. Frostbite is known for handling large-scale maps, as evident with Battlefield and the open-world City of Glass featured in Mirror’s Edge: Catalyst. But none of the big-name game engines are designed out of the box to handle procedurally generated galaxies like No Man’s Sky, this includes the Unity 3D engine, Unreal, CryEngine or Frostbite.

In order to accomplish galactic travel, you would have to do what what n00b did with the Source Engine by creating small instanced areas imitating galactic space travel in games like Garry’s Mod. It was a method that BioWare ended up settling on using for Andromeda since they admitted…

“[…] teams had trouble figuring out how to generate high-quality worlds without getting in and doing it by hand. “Unfortunately that was the only team that was able to figure out how to do stuff more procedurally,” said a person who worked on the game. “No one else had the resources.”

The thing is, once you white box test something and can’t figure out how to get it to work, scrap it and go small.

Even still, they decided to blame Frostbite further for the lack of proper animation tools, with one of the developers telling Kotaku…

“Frostbite is wonderful for rendering and lots of things,” […] “But one of the key things that makes it really difficult to use is anything related to animation. Because out of the box, it doesn’t have an animation system.”

It doesn’t have an animation system because it uses ANT… a series of tools designed to accommodate engineering solutions for animation systems. Essentially it’s the basis for which other engines like Unreal and Unity ended up adopting for procedural animation blending solutions. You could have motion-capture quality animations that blend with hand-animated keyframe sets. However, it’s up to the animators and their skillset to make Frostbite beat with the rhythm of a drum that sings to your eyes. As revealed in the GDC presentation, Frostbite is only as powerful and efficient as the developers using it. 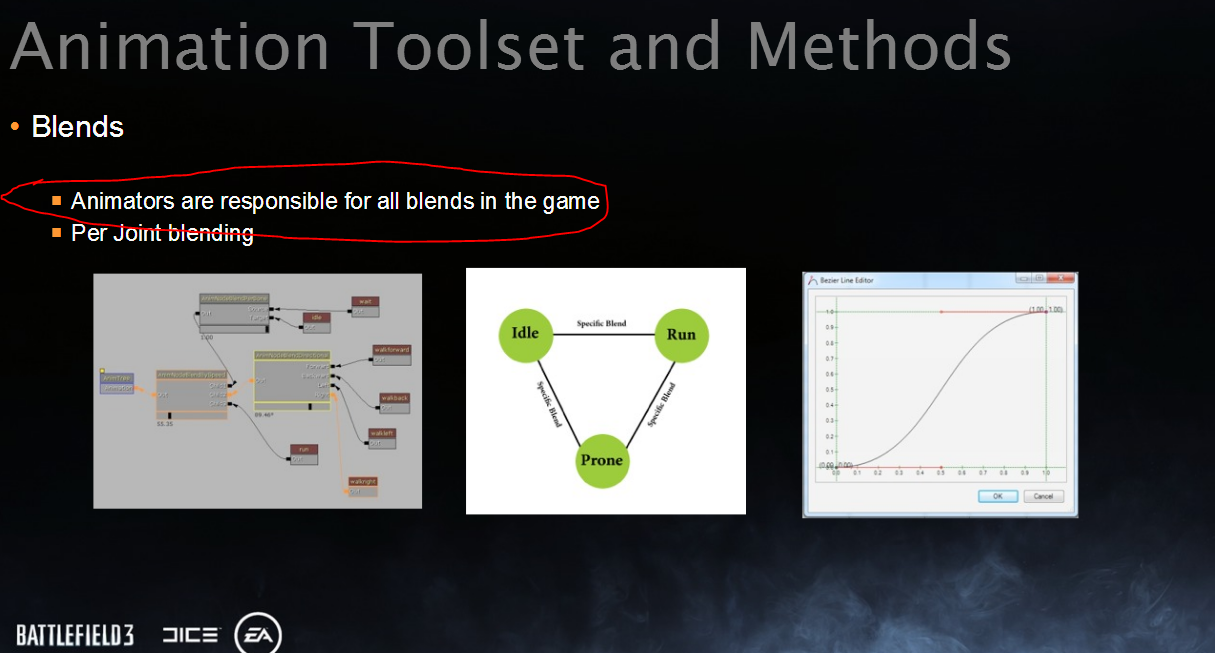 In this case, BioWare Montreal simply were not qualified to use the Frostbite game engine to make Mass Effect: Andromeda look as good as it should have.

According to the report, back in 2014 BioWare had already hired a company to craft the facial animations but they didn’t know how to implement the animations into the engine and scale it across the game. What’s odd is that they already had a pipeline setup for an animation system to work with the Frostbite for RPGs based on what BioWare had already completed with Dragon Age: Inquisition. How did they manage to move backwards from there?

This here is a surefire sign of both a lack of engineering competence and lack of leadership foresight. Why would you outsource animations for a project without knowing how to implement the finished results into your workflow pipeline? That’s the whole point of white box testing before you settle on your middleware suite.

All of that testing should have been setup during pre-production. You establish your workflow charts:

Core mechanics for a game completely reliant on “cinematic dialogue sequences” should have had that slice of the pie cornered well before anyone even touched a sculpting tool or began kinematic rigging.

There is absolutely no one to blame but incompetent, inexperienced leaders, managers and engineers.

These sort of solutions should have been ironed out way ahead of time. It’s like if Slightly Mad Studios decided they were no longer sure they were focusing on making a realistic racing sim with Project CARS and shortly after pre-production decided they were going to make a more arcade-style game closer to Need For Speed instead of Gran Turismo, and scrapped all their work during pre-production to completely change gears. That’s the kind of thing you would expect from a child suffering ADHD working with a free-form Lego set.

Another excuse was that they were understaffed. Kotaku reports…

“You use motion capture for in-game stuff, but the actual work of bringing that animation into an engine so it responds to your controls, that’s not something you can motion capture. It takes people and it takes time. They had very few people. They’re actually quite talented people, but if they had ridiculous schedules, then it just makes me sad to see the end result.”

Mass Effect is known for its extensive dialogue interaction sequences. How do you understaff the design section for the most prominent feature in the game? How did this escape the project lead’s knowledge? How did they not know this during any of the milestone meetings? Why didn’t the animation lead and animation director not bring this to their attention sooner? How did this not get addressed for three years if it was “flagged” as a problem back in 2014?

Worse yet is that they tried blaming the complexity of animations on custom characters, saying it’s easier to focus on predefined/prefab models instead of those players can sculpt. Yet that excuse doesn’t hold up when you compare it to the fact that Mass Effect 1 has better lighting and character animations than Mass Effect: Andromeda, even though it’s 10 years older! Just check out the video from HellRa1z3r for the comparison.

There is absolutely no one to blame here but BioWare Montreal. It’s like if someone was pumping out half-done reviews on this site for three years leading up to it opening to the public and then the site goes live and a bunch of people complain that the reviews are either half-finished or not complete or completely shoddy. You can’t blame the CMS, you can’t blame the servers, you can’t even blame the writers. Some fool still had to sign off on that for every milestone they completed for three years, and any fool who did so is a fool for doing so.

There is no one else to blame but BioWare.

They tried blaming it on outsourced studios, but one of the developers gives it away by mentioning that the writing wasn’t entirely complete as they were trying to work on the animations, saying…

“But with the [writing and design] teams still working until very late in the process, that foundation shifts so much that it makes it very difficult to rely on outsourcing.”

Once again, this betrays the whole “it was everyone else’s fault”, because they’re admitting that the writing wasn’t even done and finalized in some sections so it was tough to send notes to any studios who they outsourced the work to.

For reference, typically you have all your script work, voice work, and cinematic storyboards, timing and sequencing plotted out and completed before you begin any sort of animation work. Usually the base scripts are finalized during or just after pre-production so you can get cinematics and animation work done as quickly as possible since they can be the most expensive parts of the game. The fact that BioWare was still writing out the story while the animation team was still trying to setup and outsource to other studios is a pathetic travesty.

There’s no one to blame but BioWare.

The mock reviews they tested before release led them to believe they would be settling for low 80s on Metacritic, but that was far from the truth. The game managed low 70s across PC and PS4, and a 77 out of 100 for Xbox One. All of the user scores nestled in at around 4.8 out of 10.

Ultimately, the blame rests on no one’s shoulders but BioWare’s. There may have been multiple factors contributing to the troubled development, but it all started and ended with poor leadership, poor vision, poor workflow, and a team who obviously was neither talented nor skilled enough to make use of DICE’s esteemed Frostbite technology.