The Xbox One X is being promoted by Microsoft as a true 4K machine. It’s not something that I personally think is in market demand from console gamers, but Microsoft is already all in on the marketing for the console as a device that pummels the competition with ultra high-definition pixels rendered at a native 3840 x 2160 with progressive frame scanning.

Accompanying this news is an eight minute demonstration from this past year’s E3, which highlights some of the technical visual tricks developer Playful has pulled off with the Unity 3D-powered platformer. You can check out the video below.

The one big thing that they talk about for the first few minutes is that Super Lucky’s Tale was originally an Oculus Rift exclusive. The developers, however, completely remade the levels and overhauled the design for a lot of all new gameplay elements for players to experience.

They did encounter some minor frame-drops down to 50fps during some fireball segments. For some reason the fireballs would cause up to 10fps drops for the game. 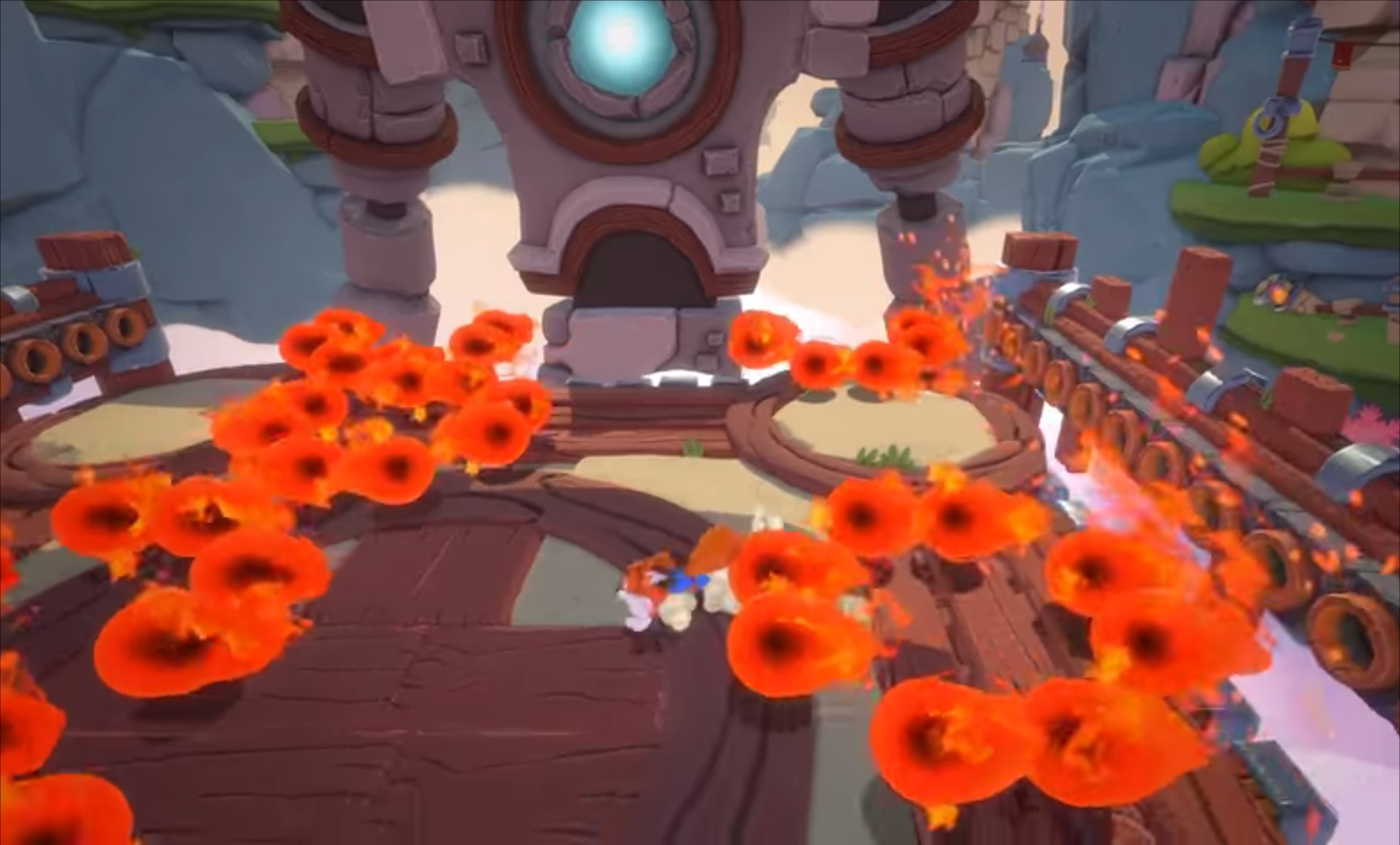 Digital Foundry questions is maybe it has to do with the developers not having a lot of time with the Xbox One X development kit, and the lack of optimization is what’s causing the slowdown.

It’s not uncommon for poorly optimized emitters to cause slowdown, even on the most high-end of machines. It could be some particle trails leaving behind large footprints in the memory, or the emitters exceeding the memory pools, or the glow effects on a loop eating up more processing power than what they’re allocated, etc., etc., etc.

When you’re dealing with a lot of on-screen variables with their own subset of behavior, there’s a number of things that can go wrong, which in turn can affect the overall frame-rate performance.

Playful still has until November 7th to iron out the 10fps dips that Super Lucky’s Tale is encountering on the Xbox One X, but it’s nice to know that the rest of the game is running at a stable and native 4K at 60fps. I still think that targeting 4K is overkill, but hopefully later in the Xbox One X’s lifespan we’ll get some really gorgeous 1080p or 1440p games with extremely high-fidelity visual effects and graphical output.