Heaven: Hi there! Yes, I’m currently specializing on Forged Alliance, although I’m also interested in exploring other games too, as soon as I’m a little more ahead of schedule. Forged Alliance is actually called Supreme Commander: Forged Alliance, but most fans seem to drop the first part. It’s a Chris Taylor title, the guy who made Total Annihilation, a hugely successful oldschool sci-fi RTS. Forged Alliance is commonly regarded as its spiritual successor. Think of it as a slower version of Starcraft with a stronger focus on decision making and a lesser focus on micromanagement. 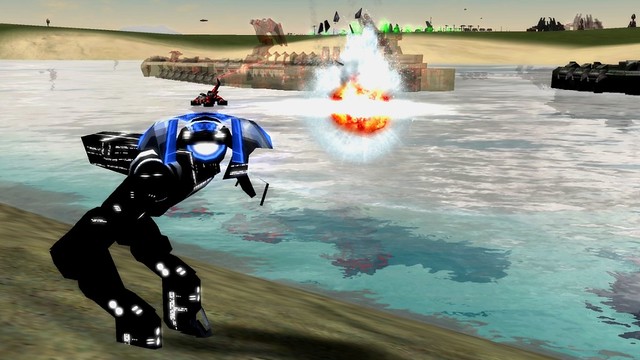 OAG: How actively is it being played?

Heaven: Thousands of people are still playing it every day, even 10 years after its release. It’s my understanding that the community is actually growing. The game has always been ahead of its time. In a team match, it’s not uncommon to have several thousands of land, air and naval units on the map, and some particularly balanced matches go on for longer than an hour. The CPUs back then couldn’t handle the massive scale of the late game battles, but this has changed over the past years. Some people are discovering Forged Alliance just now and getting hooked right away. The game is quite unique, after all.

OAG: What’s unique about it?

Heaven: Several of its mechanics. The most apparent is probably the flow economy. When you start building a unit or a structure, it doesn’t subtract the full cost from your resource pool immediately. Instead, it drains a certain rate every tick until the project is complete. How much you spend every second depends on how many of your engineers are assisting in the construction. If you miscalculate and your rate of income is below your rate of spending, the construction will still continue, but all of your projects complete at a slower pace. Storage management is also a factor. 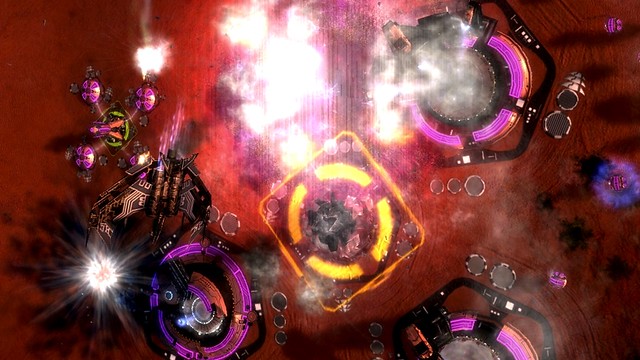 OAG: Very interesting. What else?

Heaven: Forged Alliance has a reclaim mechanic. Every unit that dies on the battlefield leaves a piece of wreckage behind. The winner of the battle can reclaim the wreckage and reintegrate a very significant share of the resources that were originally spent in the construction of the unit back into his economy. If you’re in control of the area, killing an enemy tank is almost as good as converting it over to your side. Consequently, every mistake a player makes is punished twice. But that’s also true for their opponent, of course.

OAG: Wouldn’t this reclaim mechanic make the game stagnate, as nobody wants to attack and leave wreckage in the enemy territory?

Heaven: This question surprises me. It’s the logical thing to ask, but I wish beginners would ask it more, because many mistakes in their gameplay could be avoided if they did.

Uh, I feel like it’s well balanced. Picking up wreckages isn’t instant, it takes some time. Some of the wreckage gets destroyed in battle. And your reclaiming engineers may be exposed to enemy fire. Also, there are four tech levels all the way from T1 to T4, the experimental stage, where the units get so big that they won’t even fit into a factory anymore. Teching up helps you turn a temporary stalemate into your advantage. That’s why it’s rare to see stagnation, at least in matches between experienced players. The game is in a constant flow: The economy, the combat interaction, and even the UI. 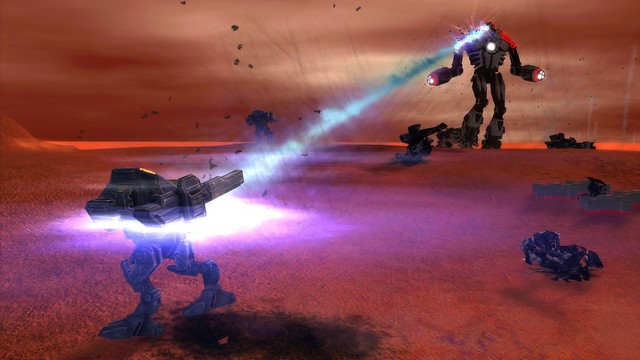 OAG: UI, as in user interface?

Heaven: Yeah. The UI is very smart. It takes over most of the menial labor to give you time to do the thinking. For example, you can order a factory to produce a complex unit mix ad infinitum, and command aerial transports to ferry the units into an LZ [landing zone] close to an enemy forward base – long before you have the resources to afford any of these units – and even before the factory has been fully constructed. In most other RTS games, you’d have to wait for one thing to finish before progressing to the next step, and you’d have to cycle through your factories to constantly refresh unit queues. But in Forged Alliance, you can plan very far ahead with just a few clicks and keyboard shortcuts. And you should. Good time management is essential for keeping up a high activity level against your opponent.

OAG: Earlier, you said beginners struggle with the reclaim mechanic. I’d imagine the game is quite difficult to learn?

Heaven: A few of its aspects are counte-rintuitive if you never took your time to think about them. But generally, I’d say that you don’t need a broad understanding of all the details to be good at it. It’s enough to have a deep understanding of a few core concepts and apply them. I’ve been outputting tutorial material and replay reviews on my YouTube channel since August last year. Hopefully, this way, beginners will know what to focus on as they’re trying to improve.

OAG: How do you go about teaching? And what are replay reviews?

Heaven: I have a few introductory tutorials that explain the most important core concepts, namely build orders and production lead. The idea of a build order is that you commit your entire economy to outscaling or outrushing your opponent at peak efficiency. I call it the scale-based or the time-based production lead. Because holding your ground against a superior army or countering well-executed early raids is very difficult.

Beyond these simple basics, my remaining videos fan out into different formats: Hours of tutorials for binge-watchers. Long audio-focused sessions, such as my comparison chart series, for commuters who watch on mobile. Quick tips for very active players who don’t have a lot of time as their next match is about to start. And aside from my own gameplay, I also upload replay reviews for practice-driven learners. Some people like to learn from their own mistakes or from the mistakes of others. In the replay review format, my viewers send me their replays and I review them, with the purpose of extracting some practical tips and improving their gameplay.

About replays: If you play Forged Alliance with the community-made lobby client Forged Alliance Forever, you can publicly access a recording of pretty much every game ever played on there, apart from a few broken ones. There’s a vault that lets you browse through recent replays by player name, map name and other search criteria. And if you know the replay ID, you can even access older replays.

OAG: Sounds handy. Does the competitive scene watch each others’ replays to stay in the loop about new strategies?

Heaven: Absolutely. High-ranked players watch each others’ replays all the time. Some pros even come up with so-called “counter build orders” that exploit every little weakness in the map-specific setup of their opponent, down to the tiniest little Light Assault Bot – a good reason to switch things up regularly! 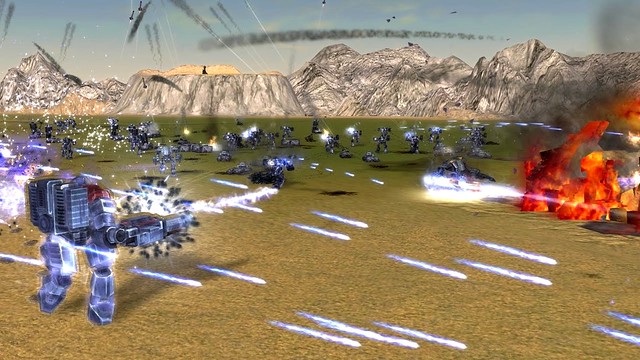 But replays aren’t only interesting for players with a competitive mindset. Casters also record their commentary on replays, and create esports videos for the purpose of entertaining large audiences. The most popular Forged Alliance esports caster is Gyle. He’s been in the business for a decade, and his highly-professional videos have reached cult-status within and even beyond the Forged Alliance community. I’m getting casted by him once in a while, and it feels great every time. Me in a Gyle cast is the sort of stuff I want to be showing my grandchildren one day.

OAG: So much praise for another Forged Alliance YouTuber. Aren’t you competitors?

Heaven: Not really. I personally watch Gyle for entertainment, BRNKoINSANITY for the happy-go-living, always positive atmosphere in his POVs [point-of-view videos], arkitect for news and tournament coverage, speed2 and Tokyto22 for funny banter and JaggedAppliance to deepen my understanding of high level 1v1 gameplay. I believe our fans also enjoy seeing the game from different perspectives. And YouTube has several ways of rewarding a channel for referring to another, as it leads to increased time spent on the platform. So I think of everyone as colleagues, not competitors.

OAG: Have you thought about doing a collaboration?

Heaven: Actually, we got something planned. There have been a few smaller collabs here and there, but nothing of the desired scale yet. I believe our fans will enjoy what we have in mind. Of course, the details are top secret – sorry!

OAG: In this case, looking forward to the surprise! And wishing you all the best. Good luck have fun, Heaven.

Heaven: Ditto. Thank you so much for the interview.

Heaven is a gamer, loves to play real-time strategy titles, hosts a YouTube channel, and generally likes to stay chill in the digital entertainment space. You can visit his official website for more info. If you need to get in contact try the Contact Page.