If you were in the mood for a South Korean horror game set within a spooky school, PQube and Sonnori Corp have you covered with White Day: A Labyrinth Named School. The game is currently available right now on the PlayStation Network and on the Steam store for $29.99.

The game not only launched in full, but it also arrived on the marketplace in Western markets with $63 worth DLC. The DLC consists of costumes for the main characters, including BlazBlue collaboration costumes for the majority of the cast, along with bikini swimwear, fashionable school clothes, and horror costumes themed after classic survival-horror attire. 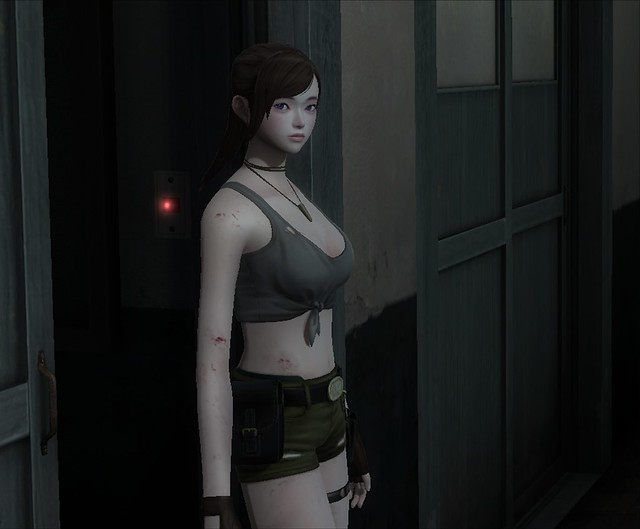 Although, in my opinion that looks less like survival-horror attire and more like a Lara Croft cosplay from Tomb Raider. But hey, if you like school chicks in short-shorts and cropped tops I guess you’re not going to be complaining about the name.

As for the actual content, White Day is about new Yeondu High School student Hee-Min Lee trapped in the building overnight, but he’s not alone. A couple of other students are also in the building, along with a killer janitor and some killer specters who have a taste for flesh. You can check out the trailer for the game below to see what the gameplay is like.

Players will have multiple choices to make in order to unlock the different endings, along with a variety of puzzles to solve, which is common in most old-school oriented survival-horror games.

Also, they make it known that relying on guides is a no-go since the puzzles change each and every time you play, so relying on Let’s Play videos will be about as helpful to you as fake urine was for Jon Jones during the USADA testing. Cheaters never win… unless they used fake aliases when signing up for Ashley Madison.

The game offers limited resources, item management, and updated visual effects and HD audio for the Steam and PS4 release.

You can learn more about White Day: A Labyrinth Named School for PS4 and Steam by visiting the official website.