A new romantic themed Otome visual novel from MangaGamer and developer Kalmia8 has launched on Steam called Fashioning Little Miss Lonesome. The VN follows two high-minded fashion photographers who are intent on getting the perfect girl to become their next fashion muse. The only problem is that the girl that could skyrocket their careers is a shy recluse.

The two handsome young lads attempt to convince Ema Tachibana to become a model, and work toward giving her a makeover. Ema, however, has no interest in becoming a fashion model, and so the two go out of their way to convince her to embrace her inner beauty and become the next big breakout star in the fashion scene.

You can check out the launch trailer below if you need to scope out the visuals and get an idea of what the art-style is like.

The romantic comedy attempts to poke fun at itself while introducing players to the masochistic tendencies of Miki Hiraizumi, a Japanese bloke who studied abroad but has returned and attempts to become a fashion designer. There’s also the sadistic Saito Shinjou, who has had everything in life handed to him and so he gets bored rather easily.

These two tall, feminine men will throw themselves at Ema in an attempt to get her to become their muse for their fashion careers. 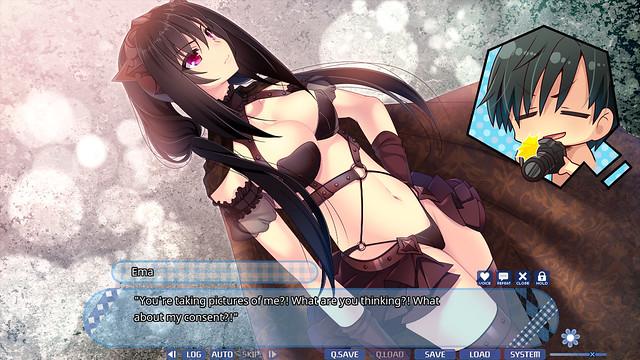 There’s also some fan-service thrown in as well, featuring the two male leads in some barely there clothing, so it should get the gay guys all red in the face and SJWs wishing their beta male boyfriends were half as attractive as the hand-drawn characters.

If you’re into Otome visual novels you can pick up a digital copy of the game right now from over on the Steam store for $19.99.