The Nintendo Switch appears to be on the receiving end of a lot of really cool and original upcoming games. One such game is a brand new JRPG that combines classic role-playing and turn-based combat with some new-school context-sensitive interactions set within a 3D world utilizing HD sprites. The name of the game is tentatively titled Octopath Traveler.

This is a really cool game because it takes the necessary, evolutionary step forward that many of us have been wanting from the classic JRPG formula since the 16-bit days on the SNES. For instance, it’s a true role-playing experience, and each of the eight playable characters have their own abilities and skillsets that can be utilized both in combat and outside of the combat. It’s a true revolutionary step up that could prove to add incalculable amounts of replayability to the game. 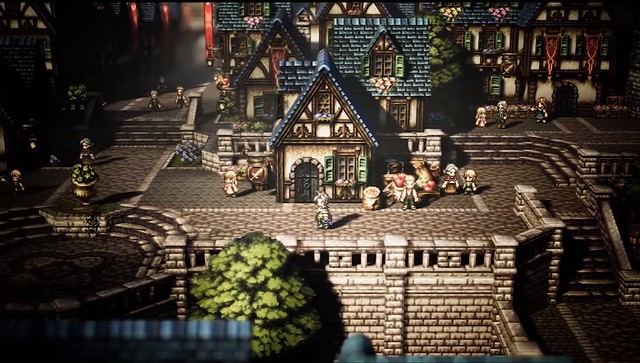 For instance, they demonstrate how one of the warriors in the game can challenge anyone to a duel, no matter who they are. You can use this as a way to defeat guards blocking your path, challenge wrongdoers to a fight, or test your mettle against townsfolk.

They also demonstrate how Primrose can lure NPCs to follow her using her sex appeal (something that would never appear in a new-gen Western RPG) or call an NPC who has been successfully allured into battle to aid her.

They demonstrate some of the gameplay and visuals in the trailer below.

One of the things that really stands out for me is the HD 2D renderer that the developers are using. Coming off producing Bravely Default, the designers at Square Enix decided to try something different with the visuals, giving gamers a new way to experience classic pixel-drawn graphics.

We’ve seen similar renderers like this used before, but usually for fan-made projects like the recreated Legend of Zelda from the NES or various other 8-bit Nintendo titles that were given 3D parallax depth. 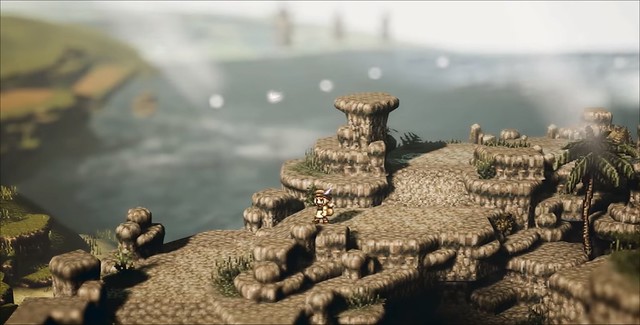 It’s a cool looking art-style that hearkens back to the old days of gaming… the golden age of gaming.

If you think the game seems like it could be fun, Nintendo and Square Enix actually want your feedback (and please make sure to let them know how much you like Primrose so she doesn’t get censored due to SJW complaints) and they’re doing so through a free playable demo that’s up and available over on the Nintendo eShop right now.

Octopath Traveler is due for release worldwide for the Nintendo Switch at some point in 2018.