Now that Total War: Warhammer 2 is out and available for PC gamers, a lot of players are diving into the game’s PvP modes, single-player campaign, and skirmish modes in hopes of becoming the law of the land and conquering all who step foot in their way. However, for some gamers it’s a little difficult to go on a conquering spree when they have no idea how to conquer with a specific faction. Thankfully there are a few tutorials and walkthroughs available to help you get acquainted with each faction, including a Skaven army guide for Total War: Warhammer 2.

YouTuber QuickyBaby actually compiled an 18 minute video covering each of the Skaven units and their abilities, offering gamers a detailed take on which units are best for which scenarios, and what their pros and cons are on the battlefield. You can check it out below.

The video starts with the Lords, such as Queek Headtaker. He’s a duelist, anti-infantry, sports armor-piercing abilities and is an armored unit. He has 110 armor, fairly low leadership at only 62, and below average speed at 40. He can do moderate damage with 63 melee attack, 42 melee defense and a charge bonus of 50. He does pack a mean wallop if you’re unlucky enough to get hit by him, due to his weapon damage being ranked at 420.

Queek Headtaker is specifically designed to fight other enemy Lords, especially given that he has debuffs that can lower the defenses of his foes as he charges into battle. 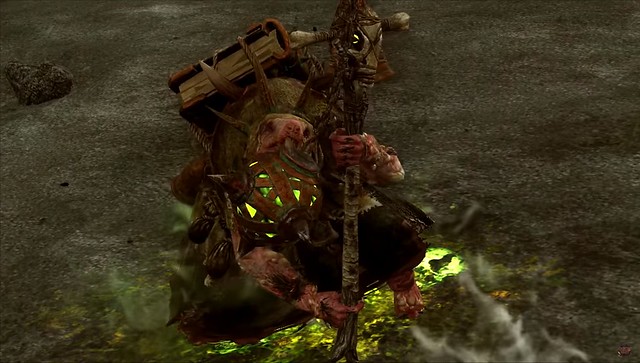 Lord Skrolk is the other Skaven Lord, but he’s not much of a fighter… he’s a wizard. He has spellcaster bonuses, the ability to drop plagues on enemies, is frenzied and has some decent melee capabilities if the going gets tough in close quarters combat.

Lord Skrolk has only 30 armor, 48 leadership, and 42 speed, making him rather inefficient for manipulating the battlefield as a leader of sorts. He does have decent melee attack damage rated at 62, but his melee defense is only 45. His weapon strength is at 434. Skrolk’s main abilities is in utilizing his spells, such as Pestilence Breath, and summoning rats to help him, along with the ability to utilize a giant spirit rat that can poison enemies within a cone called plague.

Next on the list are the meat shield known as Skavenslaves. They have low leadership, and poor melee and defense. However, Skavenslaves are designed to overwhelm enemies via sheer numbers. They even have an “Expendable” bonus because they’re extremely cheap to purchase and won’t put you down by much in resources. They have 0 armor, moderate speed, and a weapon strength rating of only 18.

Clanrats are next on the list. They’re almost identical to the Skavenslaves, save for the fact that they have slightly higher leadership so they’re less likely to duck a fight, and they have better armor with a rating of 25. They still do poor damage and have poor defenses, but they’ll certainly last longer on the battlefield as a meat shield. They also come in the form of two types, one with a sword and one with a shield.

Stormvermin are considered to be the elite of the Skaven infantry, sporting a high armor rating of 90, and a leadership rank of 60. They aren’t fast but they’ll do more damage and absorb more damage than their other infantry peers. Their bonus is that they’re both armored and shielded.

Next on the list are the Plague Monks. They’re specifically tuned for infantry using dual swords. They also have an anti-infantry bonus, and get additional damage dealer buffs and are frenzied. They barely have any armor but they do have high leadership. The unit size of the Plague Monks are also smaller than the other infantry units, but they do have high damage. They’re also highly inefficient against long range opponents due to their low armor rating.

The Plague Monk Censer Bearers are a flail infantry unit with armor-piercing abilities, damage dealing abilities, frenzy, and the ability to plague their opponents. Their armor rating is only at 10, but they have extremely high leadership and decent weapon strength, making them highly effective when used sparingly. 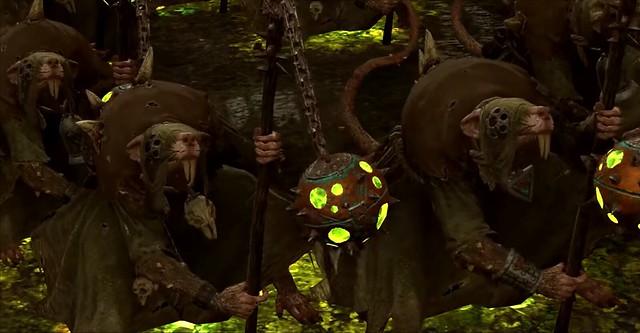 Up next are the Death Runners. They’re another dual sword infantry unit with the ability to dodge incoming enemy attacks, and stalk opponents using concealment bombs. They have an armor rating of 20, a high leadership rating of 68, good speed at 54, and rather low melee attack and defense. Their weeping blade ability also allows them to quickly decrease enemy armor.

As for the ranged units, the Skavenslave Slingers are the lowest tier of the bunch. They’re a missile infantry designed to be expendable, just like their melee counterparts. They’re meat shields with poor leadership abilities. They have 0 armor, single digit ratings when it comes to melee and melee defense, and practically no charge bonus. Their highlight is that they’re an extremely cheap unit to purchase.

The Night Runners are another ranged unit group, except they’re like a long-range version of the Death Runners. They are okay when it comes to melee combat and have an armor rating of 10, with okay leadership. They have good speed with a rating of 54 and the ability to fire while moving, making them a great unit to utilize when chasing down or attempting to corner another enemy unit division.

The Poison Wind Globadiers are another long range unit in the Skaven army, utilizing poison wind globes as their weapon of choice. They’re armored so they can take a hit, and have armor piercing missiles. They’re specifically designed to take down large opponents thanks to their anti-large buff. They have an armor rating of 100 and decent leadership, but they’re quite slow, have poor melee attack and defense rating, but moderate range on their missiles. 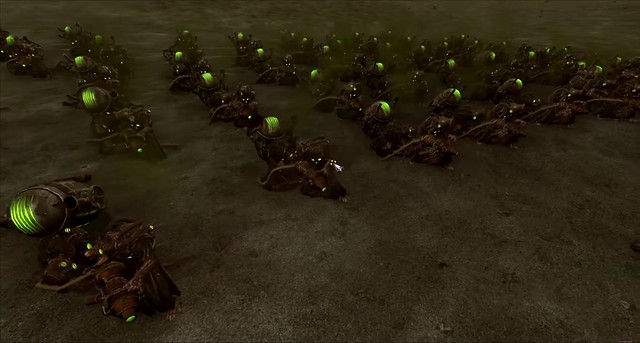 The Warpfire Thrower unit is yet another long range unit, focusing on warpfire projectiles that can be lobbed at enemies. They’re an anti-infantry unit with high damage output. They have okay armor at 40, and mid-ranged leadership. Their real highlight is that they have 112 long range missile damage. They’re one of the most dangerous long range units in the game.

Gutter Runners are elite versions of the Night Runners. They get the Vanguard deployment bonus, as well as being able to stalk enemy units, they can utilize a snare net to slow opponents down, and they can also fire while moving, making them perfect for luring enemies into a baited trap, or for kiting them around the battlefield. They don’t have a lot of ammo and their range and dmage is small, but they’re good at running in, doing damage and getting out.

Moving on to the artillery… the Skaven have a Plagueclaw Catapult. It can be used to unleash a plague contagion on enemy units, utilizing armor-piercing missiles with anti-infantry capabilities. It has extremely long range with a 400 rating and high missile damage at 158. Obviously it’s not good at being moved around much, but it’s a great stationary device to take out enemies from long range.

The Skaven also have siege artillery like the Warp Lightning Cannon, which is designed to take down large units using armor-piercing rounds. It has an even longer range than the Plagueclaw Catapult at 430, and it does 194 points worth of missile damage. 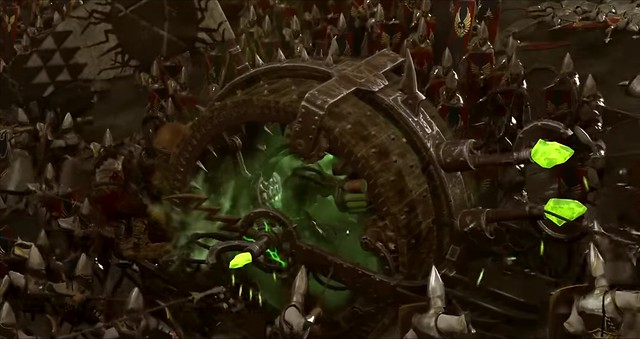 The Skaven Doomwheel is a war machine unit, it can zap opponents with armor-piercing rounds, and is designed as an anti-infantry unit. It’s extremely well armored with 100 points, and has high speed, high leadership, and a weapon strength of 280.

Up next is the monster section of the Skaven army… starting with the Rat Ogres. The Rat Ogres are designed for charging through enemy lines. They have high damage and high HP where they can just lay waste to anything in their path.

Finally there’s the Hell Pit Abomination, which is a frightening looking monstrosity. It has 50 armor and 90 leadership. It has decent speed for its size at 58, and moderate melee attack and defense. However, it’s real strength is in its weapon strength, which is at 500, allowing it to wipe out just about anything in its path. It’s “too horrible to die”, causes terror in enemy troops (and rightfully so), has the ability to regenerate, and pierces through armored units. This is the thing that Cthulhu’s nightmares are made of.

The one thing that works well against the Hell Pit Abomination are high impact artillery or fire magic.