Aeria Games have sent out the word to registered gamers informing them that the sign-ups are currently live for the upcoming closed beta test for the MMO first-person shooter, Ironsight. The first major CBT is set to get underway starting November 14th next month.

The full game isn’t scheduled to launch until some time in early 2018, but before that moment arrives Aeria is holding a series of closed beta tests to gauge the feedback of the community before finalizing the game and releasing it to the public in full.

There is a catch for signing up, however. While the sign-ups are indeed live, you’ll have to purchase one of the three packs if you want to get in on the beta automatically. The Soldier’s Pack gives you access to a number of cash shop chips, automatic access to the open beta and closed beta, along with a variety of skin boxes. The Soldier’s Pack is $19.99. 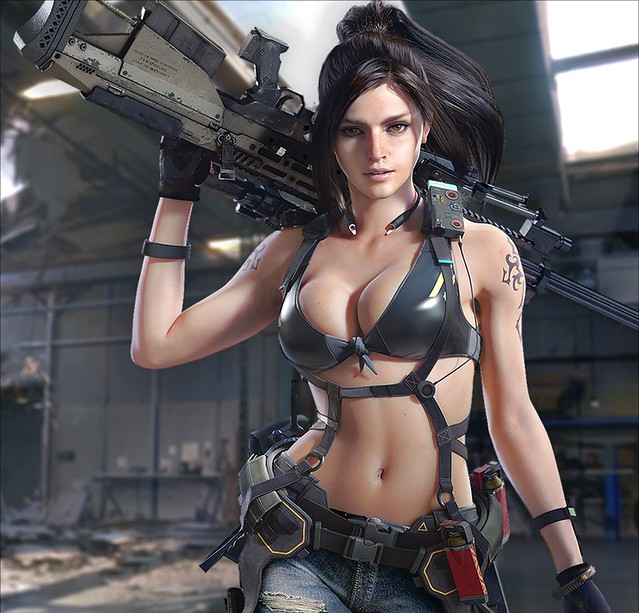 There’s also a Sergeant’s Pack for $49.99, which comes with everything in the Soldier’s Pack but with additional cash shop currency, a playable female character, and automatic clan name registration. The final pack for $99.99 comes with a variety of weapons, two extra playable characters, emotes, 400 cash shop points, and the ability to reset your kill/death ratio.

The actual gameplay is nothing short of your typical run-and-gun style affair, where you’ll be blazing through hallways, outdoor segments and installations in an attempt to kill, murder and destroy everything that has a red name above the avatar.

You can scope out a look at the gameplay courtesy of YouTube outlet Steparu with the video below.

This reminds me of the classic Korean MOFPS that over-saturated the market during the late aughts before the South Korean government came in and made the whole gaming industry in that region a no-fun zone.

I don’t see much that would really separate it from games like A.V.A. or Operation 7, but if you were interested in checking out the game for yourself you can sign-up for a chance to enter into the closed beta by visiting the official website.