Remtairy and Happy Life’s Meltys Quest has arrived on Steam, bringing with it an anime-inspired art-style filled to the brim with lewdness and RPG-themed sexual content.

The story centers around princess Meltys, a vacuous damsel who finds her kingdom falling into distress after it’s invaded by the Grolido monster empire. After spending all her days being a lackadaisical flirt, she eventually has to pick up the mantle to become a virago after her sisters are kidnapped and her kingdom is threatened to be dismantled by Grolido.

The game utilizes classic turn-based combat, with players having to choose from a variety of different attacks, skills and items in order to overcome foes.

The game features more than 50 different scenes of full-screen CGs, along with 20 different costumes to unlock that you can use to dress up Meltys.

Also depending on the choices you make throughout the game will determine what sort of ending you unlock. 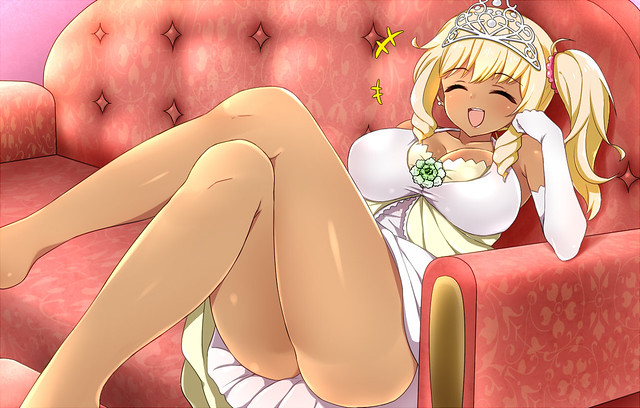 Not only that but there are a variety of difficulty modes as well, including a New Game Plus after you beat the initial Kogal or Princess mode.

They do have a warning on the Steam page, however, stating that since the game is made using RPG Maker MV it may not work well with old potato PCs.

Also, you’ll likely have to wait for an uncensored patch to arrive to see the game CGs in their full glory.

If you’re interested in Meltys Quest, you can check out the lewd new RPG that’s most certainly NSFW by visiting the Steam store page.