The adult-themed 3D doujin from T Japan called New Glass was almost going to get a Western release via publisher SakuraGame. However, the release ended up getting waylaid after the developer of the game, Tetsuzo, revealed that he hadn’t signed any contracts with SakuraGame, despite the company opening up a Steam page and setting up shop in preparation for release.

Tetsuzo took to Twitter on October 23rd, 2017 to express his frustrations with his dealings with SakuraGame. The tweet chain is now deleted but after attempting to talk to SakuraGame about setting up the revenue stream before signing the publishing contract with them, Tetsuzo expressed reservations and then decided to pull out. SakuraGame, however, went ahead and opened up the Steam page for New Glass, posting up images and the trailer of the game, claiming that it was coming soon to Steam. The page is now removed from Steam for the time being, but while it was active Tetsuzo threatened to DMCA SakuraGame, mentioning in the tweet chain…

“Steam’s New Glass store page has yet to be deleted. Will this plan persist, Sakuragame?

“I stating it now, that I, Tetsuzo, never signed a contract SakuraGame. I haven’t done it, I won’t do it, and I will not sign it in the future.

“SakuraGame’s attempt to sell the game [without permission] is copyright infringement.”

Tetsuzo then gets into a conversation with others explaining that he plans on DMCA’ing the New Glass page if SakuraGame doesn’t remove the game. He was reluctant to use a DMCA in case Valve removes all of SakuraGame’s products not just New Glass. In a series of tweets Tetsuzo explains…

“Reasons I haven’t sent a DMCA […] The game has a steam page, but currently SakuraGame and I haven’t signed any contract. Which means they don’t have my name and address.

So when I fill out the DMCA claim I was afraid that they will get my personal information and forge a contract. Now, I’m consulting to have a representative. Another thing, if I claim a DMCA and if SakuraGame get a penalty from Steam, they might get all the game product[s] removed[,] which will [affect] other game devs. So I was hoping they would take it down on their own hands and end this quietly.”

SakuraGame did take down the page, but the appID is still available. It was last modified back on October 26th, 2017 when it was taken down from being accessed on the Steam store. It still states that it’s in “pre-release” according to the SteamDB appID.

The change likely occurred after the news about the incident spread from the Steam forums to the /r/Steam sub-Reddit on October 24th, 2017, where lots of people were made aware of SakuraGame’s attempt to open a store page and sell New Glass without Tetsuzo having signed the contract.

It eventually managed to bleed over into the English speaking realm of gaming after Tetsuzo’s story began to spread throughout the community. We were notified by Valkyrie Lenneth about the events, who attempted to sum up the situation and expose what was going on between T Japan and SakuraGame.

The images break down a timeline of events, revealing that Tetsuzo was reluctant with signing with SakuraGame after they reached out to him in hopes of publishing his project New Glass. After he started digging into their past, he felt as if it wasn’t worth signing a contract with them. He states that they were never sent any of the game assets or files, so he has no idea what they would have sold on Steam since they had none of the original content. 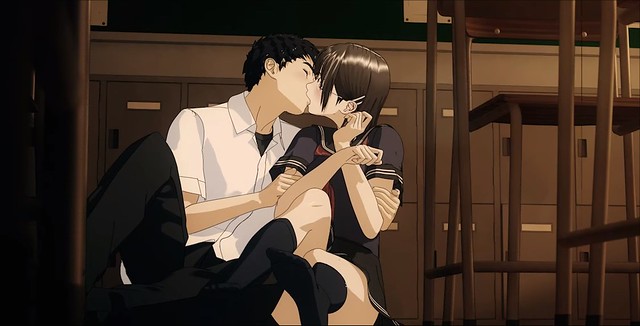 What sealed the deal for Tetsuzo in not wanting to sign with SakuraGame was coming across an article on Chuapp.com, which published an article on June 8th, 2017 indicating that the publisher is notorious for making cheap Chinese mobile games. It turns out that after the mobile market saw declines, they decided to work as a publisher for H-games on PC. They would copy games from Japan, sell them for a cheap price and promise an uncensored patch. You may have seen many of their games on Steam, such as  Hell Girls, Material Girl, Tricolour Lovestory, and Cat Girl to name but a few.

Tetsuzo will likely need to sign up with another, more trustworthy, publisher if he wants to get New Glass on Steam.

I was unable to reach SakuraGame for comment about the matter.