Tango Gameworks’ The Evil Within 2 is basically Not-Resident Evil. It picks up a lot of the gameplay mechanics the last Evil Within, which was basically Not-Resident Evil 4. Either way, the game is just over 16 hours, and there are a lot of story threads that make it easy to miss what the plot is about. But this here article will attempt to concisely explain the ending for The Evil Within 2, which is currently available for the PS4, PC and Xbox One.

The game starts with former detective Sebastian Castellanos drowning his sorrows away by emptying liquor bottles of their contents. His wife left him after she tried convincing him that Lily was still alive, but Sebastian would have none of it, and continuously blamed himself for what he believed to be the death of his daughter, Lily, who was presumed dead in a house fire. 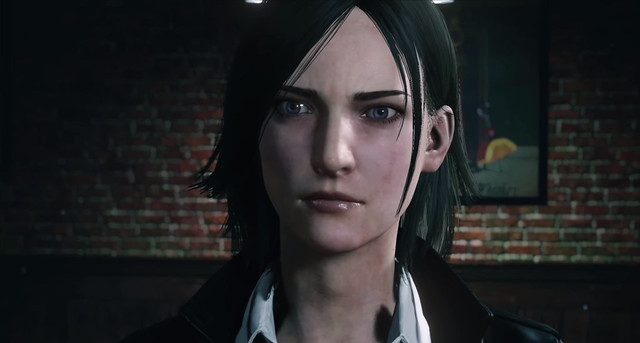 However, Juli Kidman, an operative of the ominous corporation Mobius, recruits Sebastian by informing him that Lily is alive and that she needs his help because she’s trapped in a Mobius machine called STEM. The only way to save her, however, is to go into the simulation machine known as STEM, and he must search for her in a so-virtual-it’s-real city known as Union. Also, if you die in STEM, you die in real life.

Sebastian agrees to enter into STEM and is quickly greeted with a world torn asunder. The residents are slowly going berserk, killing each other and turning into horrible monstrosities. Sebastian attempts to track down a separate team of Mobius members consisting of Yukiko Hoffman, Miles Harrison, William Baker, Liam O’Neal and Julian Sykes.

Early on Sebastian encounters the work of Steafno Valentini when he finds the Mobius team leader, William Baker, dead. Baker is trapped in a repeating photographic cycle of having his brains blown out. 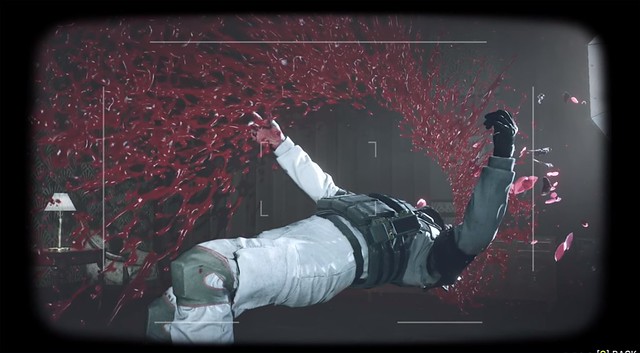 Sebastian later discovers that Stefano is a former war photographer who goes crazy while in STEM after joining up under a rogue Mobius neuro specialist named Theodore Wallace. After Union begins to break down Stefano Valentini begins murdering people for his “art”, and creating bizarre sculptures and monstrosities that he sends after Sebastian.

Theodore sends Stefano after Lily in order to capture her because Theodore wants her power. Throughout the journey in Union, Sebastian discovers that his wife, Myra Castellanos, actually joined Mobius shortly after their home was burned down because she continued to believe that Lily was alive, even though Sebastian didn’t.

Myra’s main goal was to get as close to Lily as possible by working with Mobius. Kidman had devised a plan, however, to take down the corporation from within. She had recruited Myra, a soldier named Esmeralda Torres, and Mobius’ neuro-linguistist Theodore Wallace. The original objective was to get Lily out and destroy Mobius from within by having Myra take the place of the Core (which was Lily) and use the deconstruction of the STEM system to then disrupt all the implants in Mobius’ employees that would effectively lobotomize them, shutting down the corporation for good. 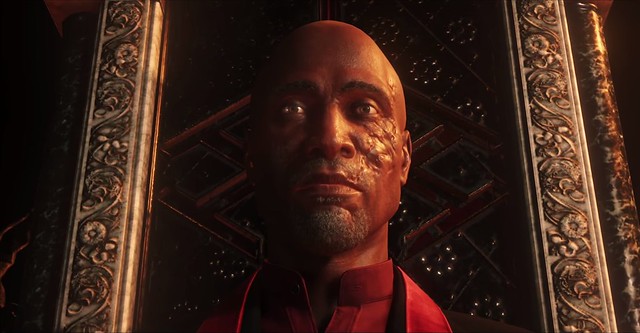 Things don’t go as planned, however. As the world falls apart, Sebastian is able to view some of the residual memories throughout Union, where it’s revealed that even though Kidman, Theodore, Myra and Torres supposedly planned to get Lily out of Union and end Mobius, Theodore had made a contingency of his own to take Lily for himself and control Mobius from within STEM.

When the team first entered Union, Myra managed to get Lily free, but she and Theodore get into a fight and Myra damages Theodore’s face, and both of them end up at odds as they try to kill each other. Meanwhile, Lily runs away and hides throughout Union. That’s when Mobius sent in the retrieval team to get Lily back, however, they ended up dying as well. As a last resort, Kidman sought out Sebastian to help his wife and daughter trapped in Union.

Theodore, alternatively, began using his powers of mindful manipulation to get Stefano and others to work for him and to seek out Lily, in return of promising them powers.

Since Lily was the Core of STEM’s Union project, once she escaped the world began to breakdown and people began turning into The Lost, zombie-like creatures suffering from deformities caused by their minds collapsing. 20% of the population turned into The Lost and then began actively killing everyone else within Union. 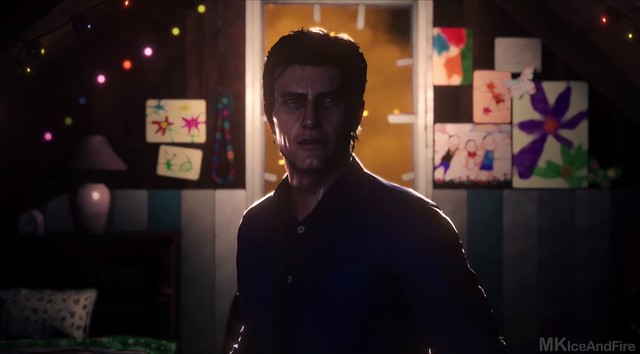 While inside Union, Sebastian begins to succumb to Theodore’s power of manipulation, constantly seeing visions of his past, being swarmed with the guilt of not having saved Lily, and constantly being reminded of the horrors of Beacon.

Along the way, Sebastian gets help and helps a few of the remaining members of the Mobius team, including Liam O’Neal, Yukiko Hoffman, and Julian Sykes. However, most of the other Mobius security team have fallen victim to Stefano and his abominations. 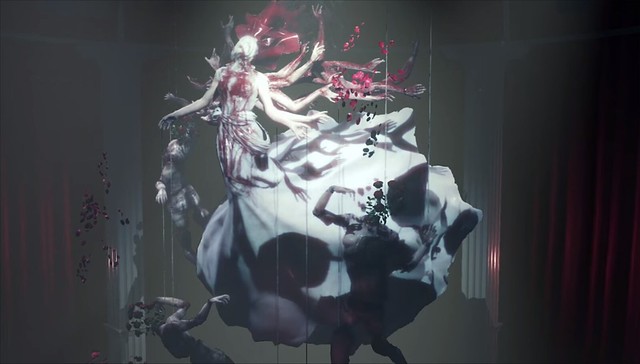 Stefano finally manages to capture Lily, causing Union to break apart even more due to the destabilization of the world. However, before Stefano can return Lily to Theodore, Sebastian manages to catch up to Stefan and kill him. However, Myra emerges as a monstrosity, having succumbed to the distortion within STEM; Myra takes Lily and flees.

As Union continues to breakdown even more, Theodore lures Sebastian to his tower and promises him power and safety if he gives over his mind to him. However, Sebastian declines.

Theodore, however, leaves his tower and eventually makes his way through the fragments of Union, killing the remaining Mobius members he encounters, including the black guy, Sykes. 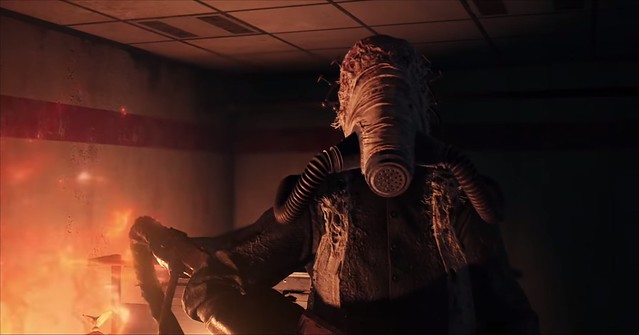 Sebastian meets up with Kidman’s other inside operative, Esmeralda Torres, and they find out that Yukiko Hoffman has left her hiding spot to go in search of Liam O’Neal, who told her to meet him in a secret lab. It turns out that Theodore had taken control of Liam the same way he did to Stefano, convincing Liam to join him by turning into a deformed, flame-throwing monster.

Hoffman and Sebastian manage to stop Liam, but they find out that Theodore has the ability to phase shift and move outside their plane of reality.

Torres dies saving Sebastian from the monsters, but it’s revealed that Torres was the soldier that Mobius originally hired to burn down Sebastian’s house and kidnap Lily.

Torres decided to take part in Kidman’s plan after she realized the harm and damage she did to Sebastian and Myra’s lives, as well as realizing just how evil Mobius really was. For Torres, carrying out the plan to bring down Mobius was redemption. 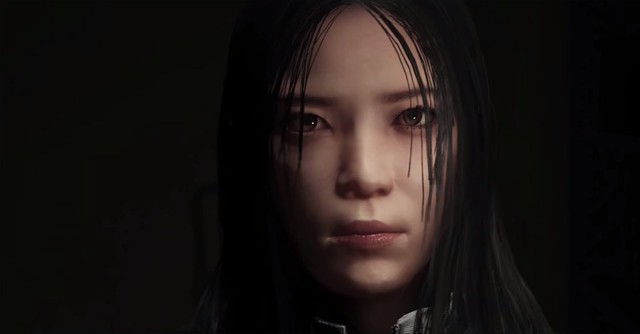 Sebastian presses onward, making the arduous journey up the tower. During this time Theodore reveals to Sebastian that he wants his help in taking Lily from Myra in order to take full control of Union. He reveals that since Union is connected to STEM, and STEM is connected to all of Mobius’ employees, whoever gains control of Union gains control of STEM and whoever controls STEM eventually will control Mobius. Once in control of Mobius, Theodore believes he can control the world.

During a final showdown with Theodore, the Mobius neuro-linguist takes Sebastian back to Beacon, where he faces off against the past horrors he experienced as a detective. Sebastian manages to stop running and finally overcome his fears, managing to thwart Theodore’s mental tricks. Before Sebastian can kill Theodore, however, Myra manages to impale Theodore. Before dying, Theodore stabs Myra in the neck but she breaks the spear and kills Theodore once and for all. 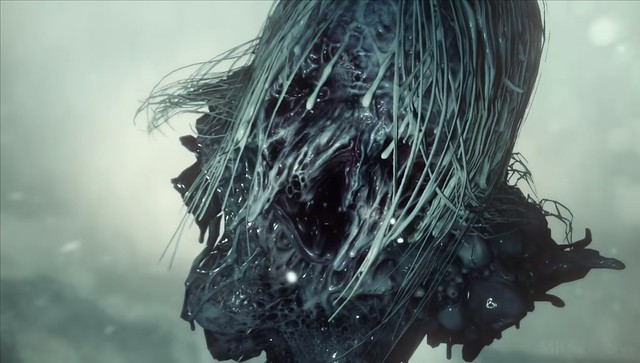 Sebastian races after Myra and fights through a monstrous version of herself, freeing her from the distortions of Union. Briefly, Myra helps Sebastian reunite with Lily, but then bids them farewell as she proceeds to carry out Kidman’s original plan of destroying Mobius from within by completely collapsing all of Union and sending the signal to the Mobius employees’ neural implants.

In the real world, Kidman carries out her plan of taking down Mobius as well, after the chief executive orders Kidman to lead Sebastian to the extraction point so that they can kill him.According to the Mobius mastermind, Sebastian became eligible for summary termination once he entered into STEM. He wants to use STEM to cure the entire world of hunger, war, famine, and the ails of reality.

Instead, Kidman kills the guards and works with Myra, activating the signal and destroying the implants in the Mobius employees, which causes them to have seizures and die. 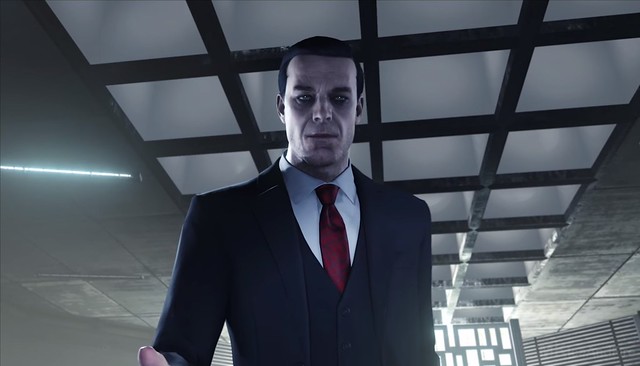 Sebastian and Lily manage to escape Union as it crumbles into nothing. Kidman helps them escape from the Mobius facility, which is then followed by Sebastian and Lily riding off into the sunset together as the credits begin to roll.

In a post credit scene it’s revealed that STEM reboots and goes idle, indicating that Myra may still be inside… alive. 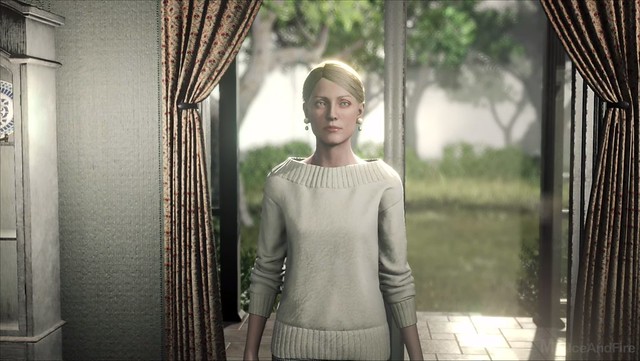