Tenco’s Eiyu*Senki: The World Conquest has officially launched on Steam, and even though the Steam version is heavily censored, that hasn’t stopped fans from restoring the uncensored content to the game.

Jast USA and Tenco’s Eiyu*Senki is a strategy conquest game, where you take on the role of Himiko, a ruler on a small island who wants to bring peace back to the world. With the help of a mysterious hero, Himiko sets about staving off the European Union, driving out the Viland pillagers, and bringing calm to the civil uprising brewing at home.

Players will have to utilize strategic tactics to overcome the enemy and recruit characters along the way to help you out. 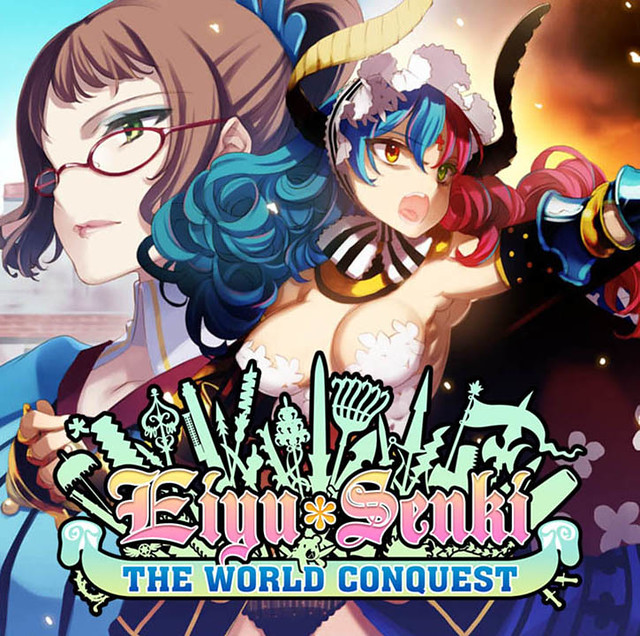 The game features more than 70 recruitable characters who can aid you in battle, and more than 30 hours worth of gameplay. Also, thankfully, the voice cast only features Japanese actors and actresses, so you don’t have to worry about the burdensome dredge of dubs.

Of course, gamers were not content with this news. Many were aware that an H-version of Eiyu*Senki was available at some point and have been asking the developers for a proper patch to restore the H-scenes.

Well, given Valve’s new rules where they’re unable to accommodate developers posting official uncensored patches on the forums or on the Steam page, some intrepid gamers managed to link to the Visual Novel Database and offer up links to the uncensored patch.

You can grab the fan-translation English patch with the included ero-scenes from the Mega.nz download link or through the Mediafire download link.

Alternatively, if all you want are just the uncensored H-scenes with nothing else, you can download the files from the Mega.nz link.